So, those of you who have been longtime readers or followers of mine have gleaned at least a little bit about my job. I work for Yelp as a Community Manager right here on the ground in Northern VA. 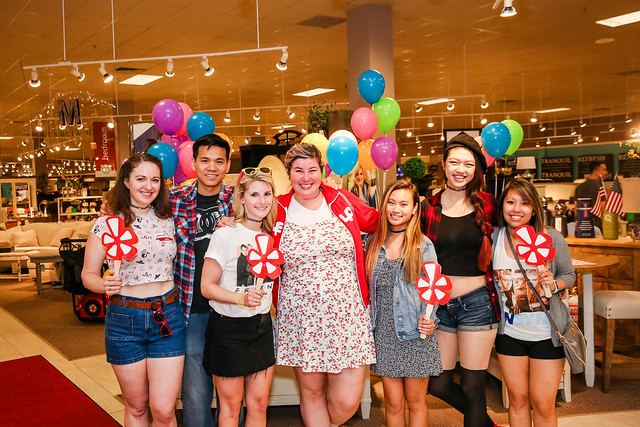 While it generally speaking falls under the umbrella of “marketing”, this role is pretty unique, even amongst jobs at Yelp. It’s a full-time job (sometimes more than full-time, if I’m being honest), but I work remotely (even with the recent opening of Yelp’s DC office since I only go in once a week…ish, hehe) which means I have the incredible luxury of making my work situation pretty much whatever I want it to be. 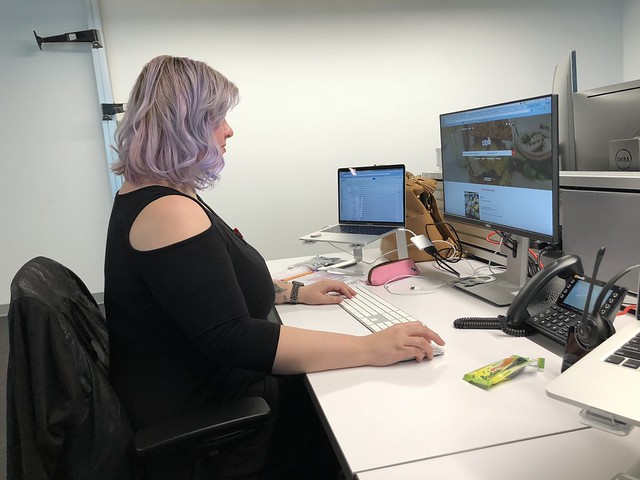 Am I going into the office? Do I want to squat in a coffee shop all day? Put my desk at home to actual use? Or work from my couch with Parks & Rec playing through in the background for the 40th time? (YES, NETFLIX, I AM STILL WATCHING.) This freedom also extends to my schedule — I am not beholden to the same 9-5 situation to which many others have to adhere. And every day looks very different. 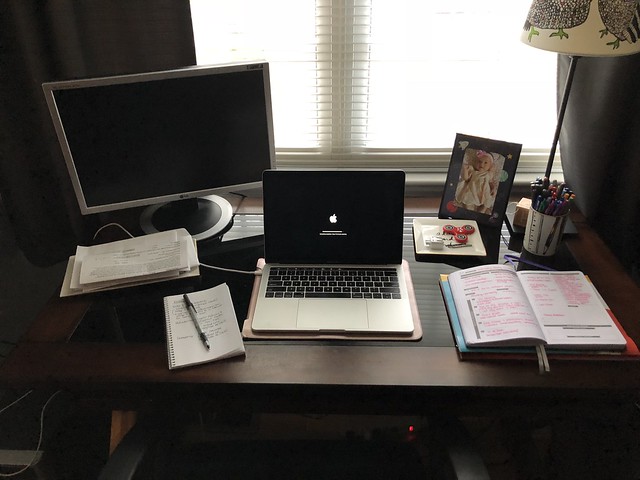 I might pop open my laptop first thing in the morning, head out for an in-person meeting, meet a friend for lunch, have back-to-back conference calls, and then have to go prep for an evening event. Maybe it is a day when I need to go into the actual office. Or I might sleep in, go out for coffee, run some errands, and then settle back in at my computer and work until late into the evening.

Anyway, I say all this not to brag about my job (which is admittedly awesome and I know I am very lucky to have it), nor did I intend for this post to be a deep-dive into what my daily life looks like (though this does remind me that I’ve been promising to write up another Day in the Life post for a long while now, lol.) I just thought that explaining what I do in a little more detail would help illustrate the point that I am trying to get at, which is this:

Because my life has so much flexibility, it also lacks any semblance of routine.

For over five years, I have rarely had to set an alarm clock. I don’t have a specific bedtime. I don’t eat meals at the same time each day. I don’t have a laundry day, or a meal prep day, or a date night. Save for a few rare regularly scheduled calls, my calendar never looks the same from one week to the next. 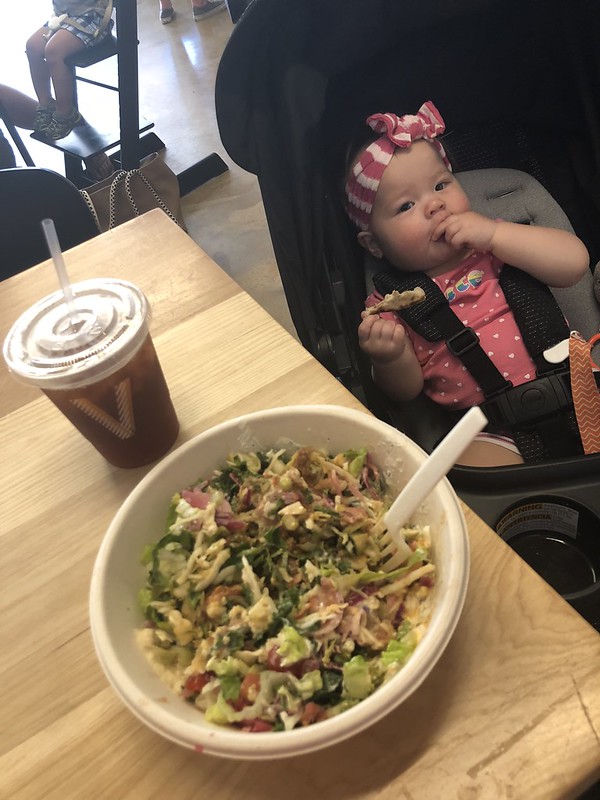 And for the better part of five years, it’s been pretty great. There have been tons of benefits that I have heartily taken advantage of — taking care of errands and appointments during the day, sleeping in, regularly getting to see my friends, and, of course, getting to be around my daughter so much more than the typical full-time working mom. 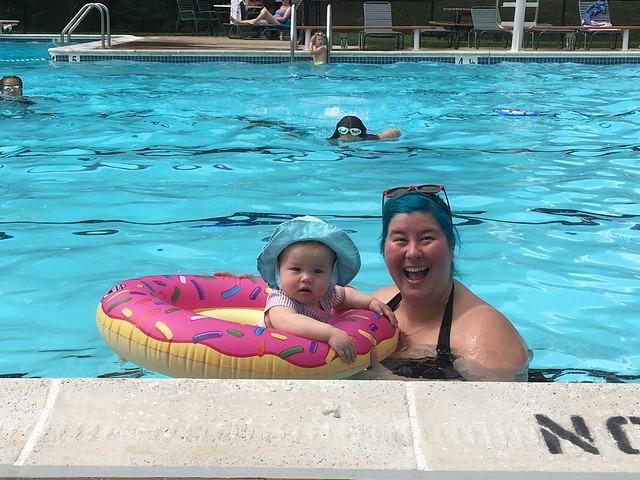 But it’s a double-edged sword, right? Because with all of those perks also comes the burden of not being able to predict how a given day might go, not being able to slide into the familiarity or comfort of “your old routine.” Which, granted, hasn’t really been an issue until lately.

But lately, I’ve been feeling pretty down, and thanks to the prodding of some of friends, I finally took the initiative to find a therapist to talk to — something I honestly should have been doing for a long time now. I have only just started therapy, but already in our short time together she has helped me realize how frazzled and frantic and overwhelmed I am. And while I’m sure it’s really, really common, especially for new moms, it’s still not something I like to admit. I mean, who loves admitting that they no longer know how to handle just like, life? Especially given all of the advantages that I have — a perfect baby, a husband, close family, a decent salary, all that aforementioned flexibility… I know I have a really good situation overall. Which is why it was kind of hard for me to admit that I’ve been feeling depressed & overwhelmed in the first place — because it’s like, with all the privileges I am afforded, I should have no reason not to be happy.

(Sidenote: My therapist did tell me to stop “shoulding on myself” (heh.) Like, to stop saying things like “I feel like I shouldn’t even feel this way because I have it so good!”or “I should just be happy because there are other people who have it so much worse,” since my struggles are my struggles and my feelings are still valid. This is actually a rather difficult concept for me to digest, and one I think I’m going to need to let percolate a little more before I really try and dig into it, but I digress.)

I know I’m not the first woman to feel like she is being pulled in a thousand different directions and finding it hard to cope. I think we’re all trying to find some way to balance all of the various roles we have to play: mother, wife, homemaker, daughter, sister, friend, coworker, manager, employee — and that doesn’t even touch the roles we form around our hobbies and interests: writer, blogger, photographer, advocate, bookworm, crafter, gamer… and ten zillion more.

I’ve been able to identify that the loosey-goosey, whatever, whenever approach I’ve had towards work (and towards my life in general) is currently adding to my feelings of overwhelm…ed…ness? And that I’m actually craving some structure, predictability, and routine.

Penny has actually already helped in this arena, quite a lot. I mean, sure, in the beginning, she made things even more frantic and crazy and unpredictable. But both Sean and I recognize that we are supremely lucky to have such a good baby. She sleeps well, she eats well, and she has a strong internal clock that has given me at least a modicum of a routine when it comes to her. 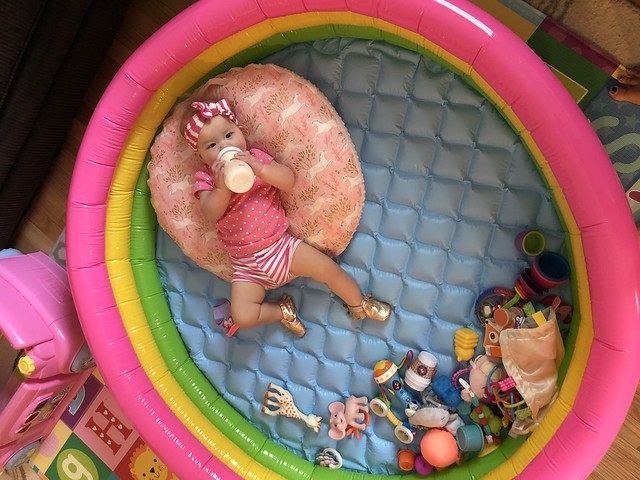 Basically, I just want to do less of what I currently do, which is hard to even articulate properly but is a little more like… this:

*opens laptop* Okay, time to answer these emails about the event I have happening tomorrow, and then I’ll do the ones having to do with next week’s event, oh, next week I’m also going back to Atlanta, I need to call Southwest and add Penny as a lap infant to my ticket *opens tab to Southwest.com* Hmm, do I have time to get a pedicure before I go, oh crap, by the time I come back my car registration will have expired, I need to get my emissions test done *opens tab to Google gas station’s inspection hours* okay, scrap the pedicure, I don’t need to spend the money on that anyway, it’s been a while since I’ve checked Mint, better see where we’re at with this month’s budget *opens tab to Mint.com* oh man, there’s the tab to my Nordstrom cart, the Anniversary Sale is ending soon and this is SUCH good deal on Baby Bling Bows, maybe I should check out — no! I told myself no more baby bows *closes out of tab* *finally sends one email*

Ahem. So, you know, that’s not great.

Anyway, my “homework” from my initial therapy session is a two-parter: 1) to start thinking of ways that I can create structure and routine for my daily life, and 2) to try (tryyyyyy) to be more mindful, focused, and in-the-moment as I go through the day. I definitely have my work cut out for me with the latter part, but I feel like I’ve already been laying the groundwork for the former. Especially as my recent health initiative has me embracing a kind of morning to-do list, made up of things I should have been doing ALL ALONG FOR MY ENTIRE LIFE like eating breakfast & taking vitamins. 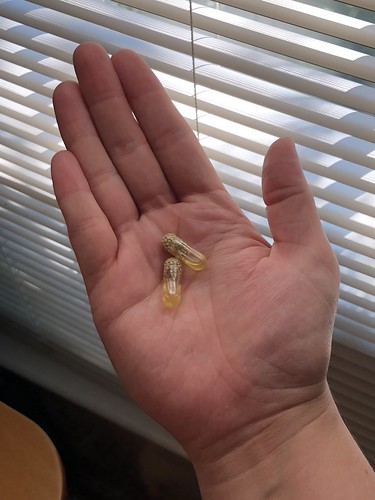 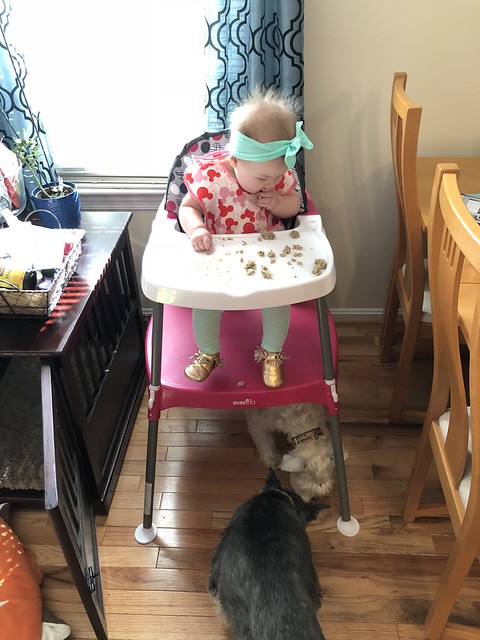 Plus, like I mentioned, Penny has me following at least some kind of loose structure at the beginning of each day — it’s just get a smidgen more complicated because while we have a steady childcare schedule, it’s not consistent from day to day. So the mornings when she goes to daycare are different than the mornings when she’s with my parents or mother-in-law.

My idea to help overcome this is to officially integrate fitness into my routine (I almost said “back into my routine” but who are we kidding? I’ve never had a true fitness routine hahaha.) For like, the first time in my entire life, I’m actually feeling a kind of… dare I say… desire to exercise. (Ew.) I don’t know if it’s coming from my weight loss, or because my therapist suggested or out of my postulations that I want to get healthy for Penny (I’m particularly concerned about my longterm heart health right now — but mayhaps I’ll delve into that at another time), but whatever the exact reason, I figure I need to capitalize on this rare, completely-out-of-character motivation.

So I went online and signed up for a free pass to a nearby gym this morning, and am doing the same at another one on Friday. Both facilities have kid’s clubs and are close by, so my hope is that I’ll be able to create a morning routine where I go to the gym at around the same time every morning — on the days when Penny is in daycare, I’ll drop her off first, and on the days when she isn’t, I’ll bring her with me. The rest of my day might still end up looking like a trash panda straight-up ripped into the garbage bag of my life, but at least I’ll be starting each off day with consistency and on the right foot.

This sounds great in theory, of course, but my visit to the first gym today (Gold’s) unfortunately didn’t leave me with a great impression. Partly because their kid’s club was insane — there was 1 adult and like 25 kids in there — and partly because of my own insecurities and discomfort over a) working out at all, and b) working out in public. But while that gym would have been my first choice based on location (it’s suuuuuper close to Penny’s daycare), I have high hopes for the second one. And I’m also looking into non-gym alternatives like boutique fitness places that offer childcare and Fit4Mom Stroller Strides. As long as I can hodgepodge them together into some kind of cohesive, regular routine.

Anyway, so that’s the latest in Gretchen’s Journey to Self-Improvement & Sanity™. I’m still feeling pretty positive and optimistic about being able to make lasting changes, but I’m trying to remain relatively guarded about it as well. Knowing my tendency to jump headfirst into things, only to abandon them later, I want to make sure I’m making manageable changes, and for the right reasons this time. That way, I hopefully really will be able to say I’m making positive changes to last me a lifetime.