Happy Lent, everybody! Actually, I don’t know if that’s a thing people say, but I’m saying it anyway. So there.

I know it’s been a while last since my last official weigh-in, which probably seems lame given my last big ol’ sanctimonious speech about kicking my weight loss back off and whatnot, and I’m sure I have about 50 excuses I could throw at you, not the least of which is the flu that knocked me out of commission for over a week. But! I’m not going to bother with the excuses because that is just so 2012, and instead I’m just going to go ahead and focus on the right now. And what we’re doing right now is weighing in.

Hey, whaddya know! A loss! Granted, given the fact that it’s been a month since I last weighed in, that’s actually not that great. And I was hoping for something a little more dramatic But! It’s not a gain, it’s a loss, and every pound down is… another pound down. Or, you know, something more profound. Heh.

I won’t lie–I’m kind of hoping that my body is still a little out of whack after the aforementioned flu, wherein I lost like 7 pounds in as many days, and then gained them all back. So my inner optimistic is telling me that maybe I lost just a wee bit more, it’s just that my body is balancing back out. And while I know that probably is just wishful thinking, there was also that whole thing where I essentially spent all of Saturday eating my face off, so I guess the price had to be paid somehow (totally worth it though, I should add).

I’ve been pretty good about tracking my calories on my iPhone, and I’ve been back to CrossFit a few times as well and am working back up to the point where a single class doesn’t wreck my quads for five days (seriously, I actually have to brace myself on the toilet just to sit down on it, it is tres pathetic). So I’m optimistic about how things will go from here, and I’m just going to keep plugging along. Of course, in addition to the same-ol’ same-ol’ good stuff, I’ll also have a new undertaking that should help me along my way: Lent! (I think some of you probably saw where I was going with this.)

In years past I’ve given up everything from soda to fast food to going full-on vegan for Lent (that last one didn’t end up working out so well on the weight-loss front… turns out that french fries are still vegan!). And while I generally am never one to say that completely cutting something out of your life works for long-term weight loss, I think that the Lenten period is the perfect amount of time for a sacrifice like this. It’s long enough that it’s challenging, which serves as the reminder for why you’re giving up what you’re giving up, but it’s not neverending. So there’s the whole light at the end of the tunnel thing.

So, with all that said, this year for Lent I am giving up… 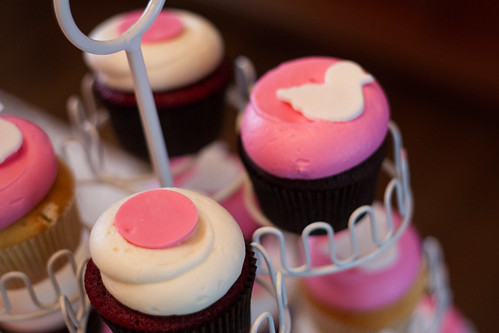 Yep, I will be going the next 40 days (or whatever the actual timeline is) without cakes, cookies, chocolates, candy… the whole desserty shebang. It’s funny, I never used to have much of a sweet tooth, always preferring savory snacks like chips or fries to dessert, but in recent years I have become a RAGING sweets-eating machine. It’s been bad-news bears, because desserts in particular are so calorically concentrated with little nutritional value, and the SUGAR itself is super detrimental to my weight loss (and energy levels, and general health, and mood, and, like, everything).

I don’t really follow the Lenten rules where you’re allowed to partake in what you’ve given up on Sundays or whatever, so this will be like a straight-up 40-day dessert detox. I’ve actually been seeing a LOT of people giving up sugar-related things this Lenten season, so I figure I’ll be in good company. And fortunately, Easter comes before my birthday this year, so while I know that’s totally not the point of any of this, I’m not gonna lie–I’m pretty happy that I’ll still be able to have a birthday treat. It will almost undoubtedly come in the form of a Georgetown Cupcake… with a fondant mockingjay on top. (Guess I should probably actually start planning out my Quarter Quell soon, eh?)

Aaaaaanyway, in commemoration of both my weigh-in and my first day sans-sweets (which is going very well so far, but then again it’s only 8:45), here is a song that I recorded the other day on my newest impulse purchase. Yuuuup, I bought a ukulele, and it is the best thing I’ve ever done ever in the world of ever. Super easy to learn (I already play the guitar) — I recorded this video roughly half an hour after coming home with my new toy, if that says anything.

The song is, rather fittingly, entitled, “The Happy Song” and it is by Kate Micucci. Also, it was on Scrubs, which is all you really need to know to confirm it’s amazingness.

Do you “do” Lent? What are you giving up?