Happy Friday, friends! For those of you who will be playing the Mega Millions Lottery tonight (estimated jackpot of $540 million!), good luck! I’m playing with a pool started by my office, hehe. I mean, who knows? SOMEBODY’s gotta win eventually, right? Also good luck to those of you who are running the Cherry Blossom Race on Sunday! As you know, I dropped down from the 10 Miler to the 5K, so if you see me chugging along at some point, be sure to come say hi! 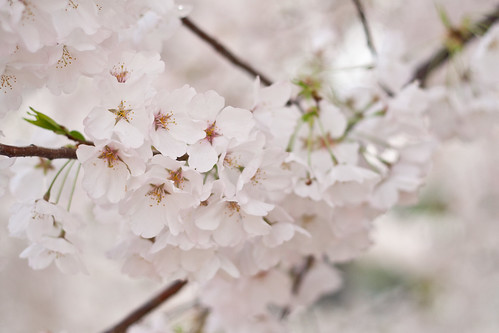 Though I have a feeling the race course will be unfortunately blossom-less this year.

I’m actually in a pretty good mood this morning, which is rather novel for this week. Hopefully it hasn’t shown TOO much here, but I’ve been doldrum-dwelling for the better part of this past week. I guess that with all the mental power I’ve been devoting to my career path, I was feeling a little burdened at the end of the day. So I figured that today I should capitalize on this feel-goodery and take a departure from all the big, life-changing decisions I’ve been contemplating and celebrate the little things that have me in such a stellar mood instead! 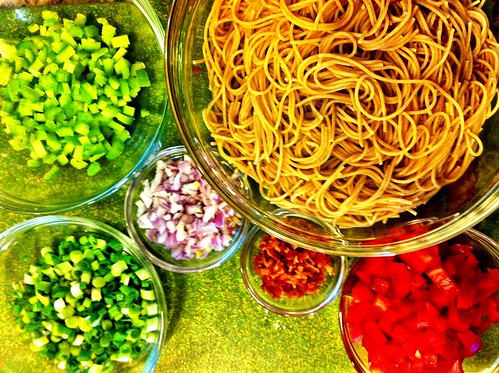 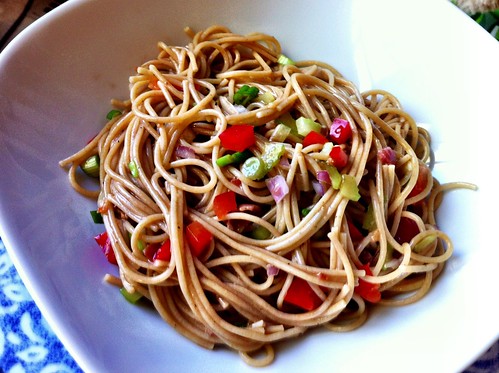 I took some of your advice from yesterday’s post and whipped up a large batch of awesomeness last night. I made a light pasta salad out of whole wheat angel hair with red peppers, onion, green onion, celery, and just a wee bit o’ bacon. I tossed it all together in a large bowl, then portioned some out and added balsamic vinaigrette to it separately. It was delicious, packed in a bunch of veggies, and was very satisfying. And now, I have a huge bowl of it in the fridge, where it should definitely keep for a little while, and for variety I can simply add whatever dressing or additional toppings to it that I want! I’m thinking I can try peanut sauce for an Asian twist, shake in a little parmesan cheese, or even just do a simple toss with oil and vinegar. I’m excited about the possibilities! 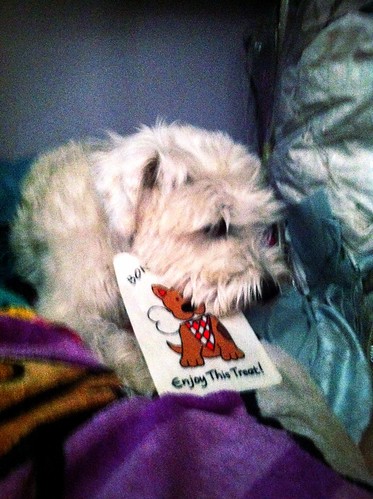 Daxter has been putting the “terror” in “terrier” lately by reigniting his chewing phase. I’ve lost a sports bra, pair of flip flops, and a camera tripod to the little monster so far, and he utterly destroyed Erin’s copy of “A Game of Thrones” (everybody’s a critic). Hopefully he is coming out of this phase though (Please… please let it be over…) with the help of chewable toys and treats that he’s actually ALLOWED to destroy. I submitted a picture of him for a contest by Embrace Pet Insurance (they’re the BEST if you’re thinking about getting pet insurance — and you really should!) and won a little package of stuff including an edible card! Hopefully it will help stave off the little mongrel from attacking any more of my footwear. He’s lucky he’s so cute. 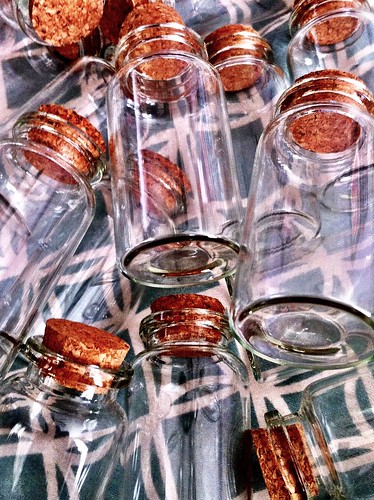 I’ve been getting in some supplies for the EPIC AMAZINGNESS that will be my 24th birthday party. And yes, the rumors are true: It is going to be Harry Potter themed. (NO JUDGING!) I’m trying very hard not to go too-too overboard with the planning, but let’s just say that there most DEFINITELY be some adult Butterbeers served… and if people are really lucky, they might just get their hands on a vial of Felix Felicis as well.