Happy Hurricane survival, everyone! I hope nobody was hit too hard by Irene. Though the dogs were freaking out due to the intense wind (woke me up!) we ended up with only a few hours of lost power in the middle of the night Saturday (while we were sleeping anyway). The cute little flowering tree in our front yard unfortunately wasn’t so lucky. Farewell, curb appeal. Oh wellps. 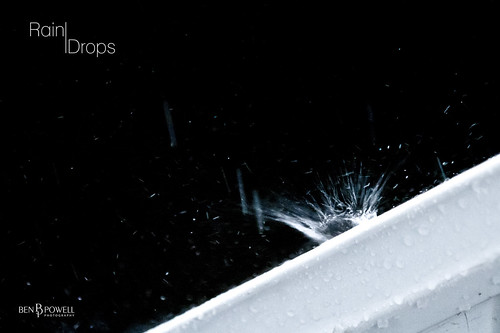 Technically the above shot is from a completely different thunderstorm, but the sentiment remains the same, haha. My sister and her hubs came down from Columbia with Oreo to weather the storm (badoom ching!) with us. In his excitement to be reunited with his canine companions, Oreo lost not one, not two, but THREE teeth! Bear in mind that this is normal for puppies, just like we lost our baby teeth (though somehow I don’t think Oreo is going to find a quarter under his pillow). However, it meant that his poor toothless gums ended up bleeding… 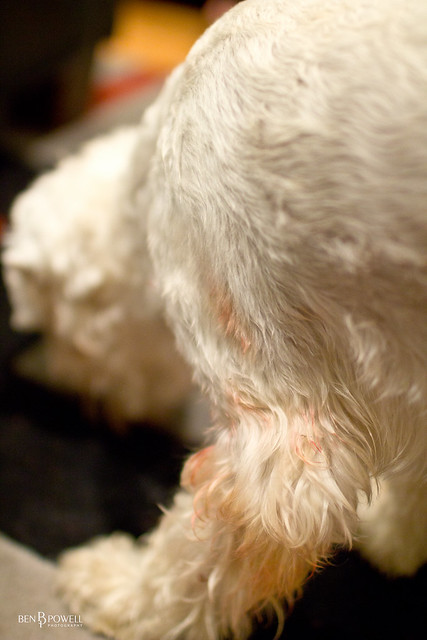 … all over my little white dog.

Yep, Daxter looked like the victim of war and received TWO baths on Saturday alone. Future white dog owners beware: it is a lot of work keeping them clean.

Okay, so without further adieu, here is the disappointing news you needed to start your week off right:

On the one hand, I didn’t gain any weight. So, you know, there’s that.

But, I also didn’t lose any either. Boo. I suspect it may have had something to do with the 687 chocolate chip cookies that were consumed in Armageddon-induced fear (you deal with an earthquake AND a hurricane and tell me you wouldn’t stress eat too!) And while I was on the scale this morning contemplating my unbudged scale number (seriously, I’ve only ever had one other 0-gain 0-loss weigh-in before!) I realized that I have less than 4 weeks until the Navy 5 miler in September.

So! Before I allow myself to be stuck for the next 5 months like my LAST plateau, I am making yet another resolution to get’r done. I am aware that I suck at life exercising and that you are all really tired of hearing my excuses. Well, having upped this race distance to 5 MILES instead of 5 KILOMETERS is a big change for me, one that actually leaves a distinct possibility of not being able to finish because I’m such a fat load and didn’t train. Seriously. Horrifying.

So no more excuses. It’s time to make use of the free gym in my building at work, the cool weather, and the now-later start time of my new job. I’m going to start with time goals (run for 30-minutes straight, run for 45-minutes straight, etc.) as I’ve determined that at my pace (SLOW) it’ll probably take me the better part of an hour to do a full 5 miles. And I’ve never run for an hour straight, so I’ll need to get used to it.