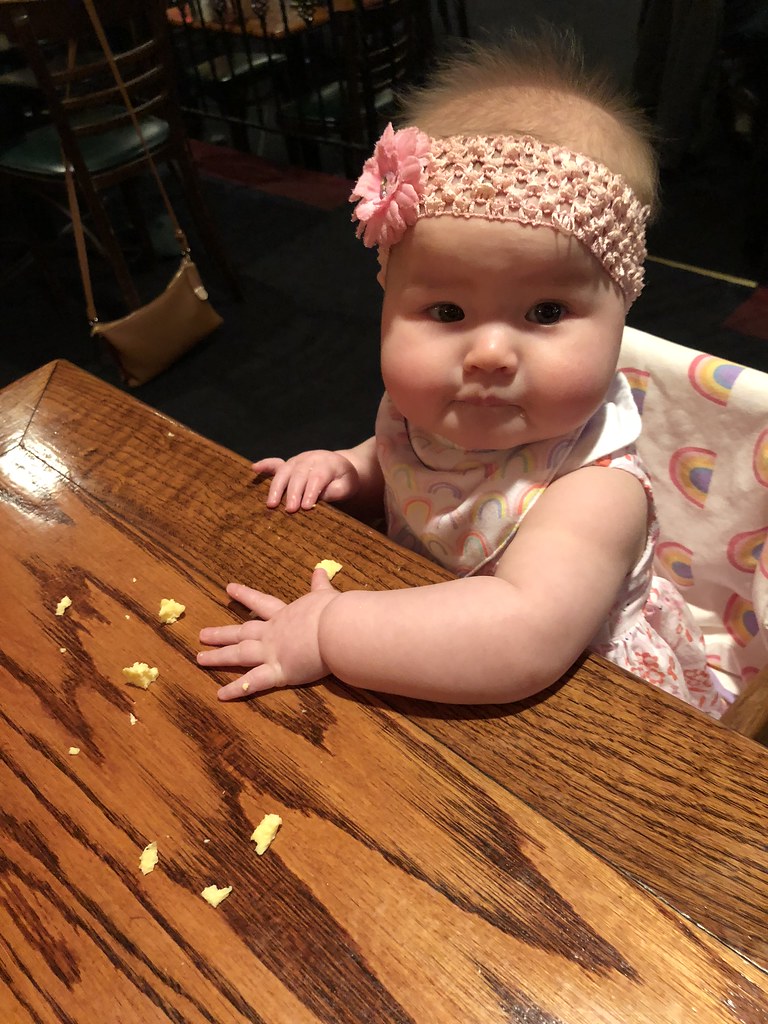 It’s been a few months now since I recommitted to living a healthier life once again, and you’ve probably noticed that I haven’t made too many mentions of it since. Well, there’s a pretty simple reason for that. In a turn of events that shocks absolutely no one, I’m sure, things have not gone super rosily in the healthy living department. ::shrug::

I was doing really well for quite a while, actually: logging all my food, being more mindful of my eating, and what have you. I lost around 10 pounds, which might sound like a decent amount, but while it isn’t anything to sneer at, 10 pounds really isn’t all that much when you’re my size & height. It was a good start. But you all know how it goes: maybe Penny had a bad week sleepwise, or I had a bunch of work commitments, or I went out of town, and little by little I just, I dunno, slid back into my old habits. And things just kind of… settle. I haven’t stepped on the scale in a couple of weeks, but I have a feeling I’ve started to gain back a couple of even the small amount of pounds I lost. 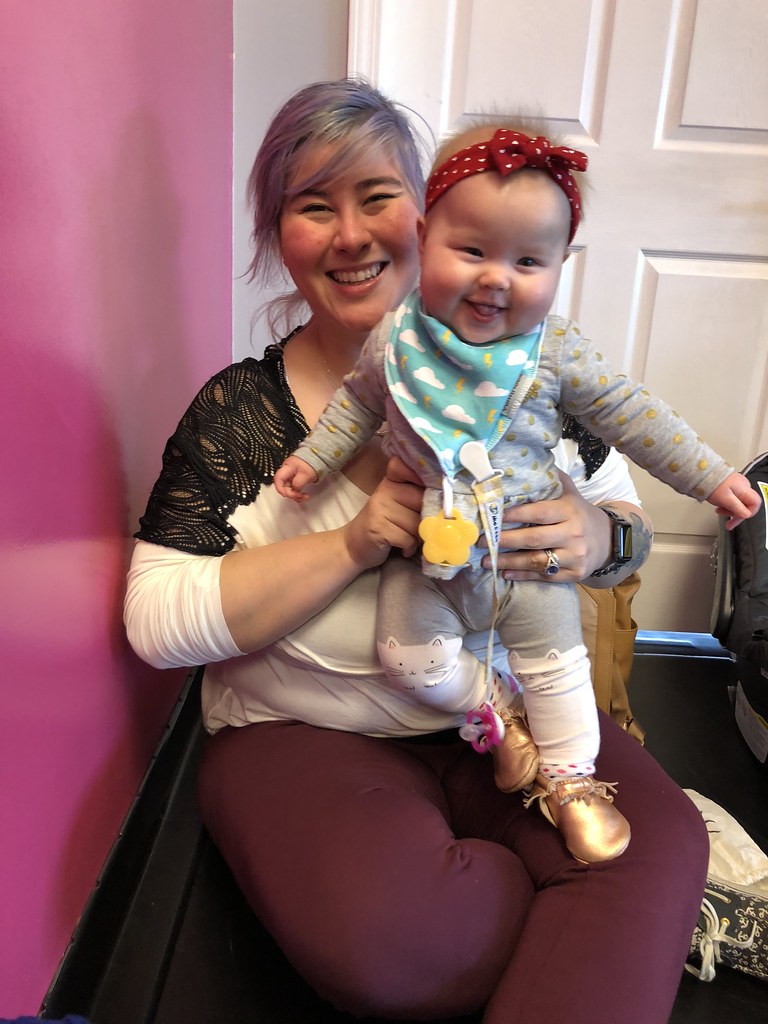 As I’ve mentioned before, having Penny really has changed my perception of my body and given me true appreciation for what I’ve got. So I’m being honest when I say I hadn’t been as bothered by weight the same way I used to be… until quite recently. I don’t know if it’s because I’ve been extra bloated this past week, or because my skin has been freaking out on me, or just because I’m whatever pre-Penny mindset I used to have is finally starting to creep back in, but I simply haven’t been feeling very good about myself lately. I find myself groaning at photos of myself, whining to Sean, agonizing over what to wear, and just generally not feeling myself. 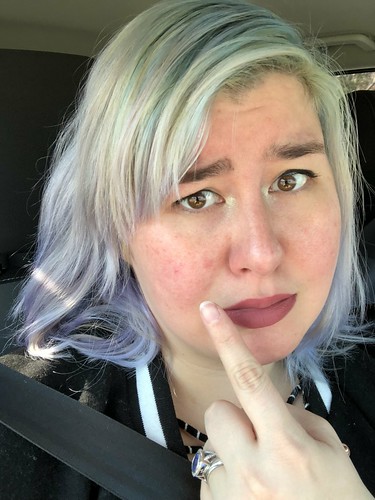 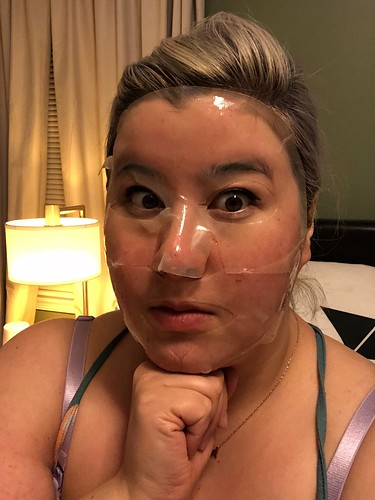 Regardless of whatever number I see on the scale, I just want to regain the feeling of being happy when I look in the mirror. I want to feel good about myself, to take photos with Penny without feeling self-conscious about how I look, and to focus on how beautiful and wonderful she is instead. I want to look into my closet without my first thought being about how I can best disguise my mid-section today. I just want to reinvigorate my confidence — mostly for my own happiness and wellbeing, but also because I don’t ever want to surround Penny with the kind of negative self-talk (or even self-thought!) that has plagued me for most of my life. 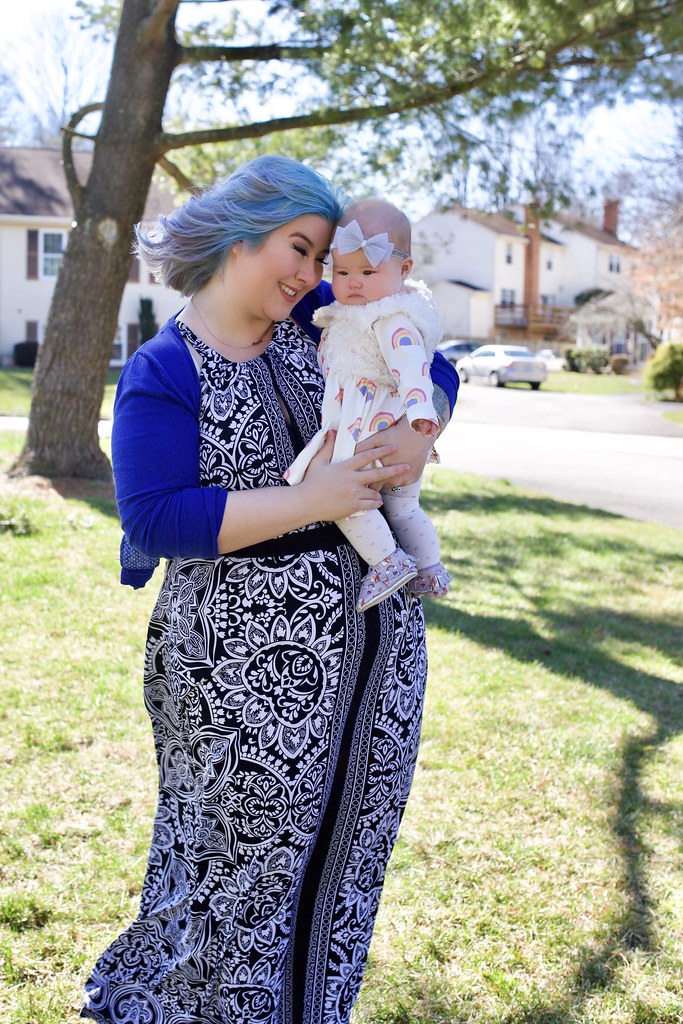 So, you know, that’s where I’m at! Now that Penny seems to have gotten a handle on sleeping all night (for this past week, at least… watch, just typing out that sentence will totally have jinxed it and tonight is gonna be terrible hahaha), it seems like a great time to focus on myself a little bit more again. So it’s back to the basics for me! I’m trying to make sure I stay super well-hydrated, move more, grocery shop, meal plan, and just be mindful about what I put into my body. I actually have been a lot better about getting a smidgen of movement going a little more often, even if it’s cleaning the house (which I think totally counts!) or taking Penny or the dogs on a quick walk around the neighborhood. 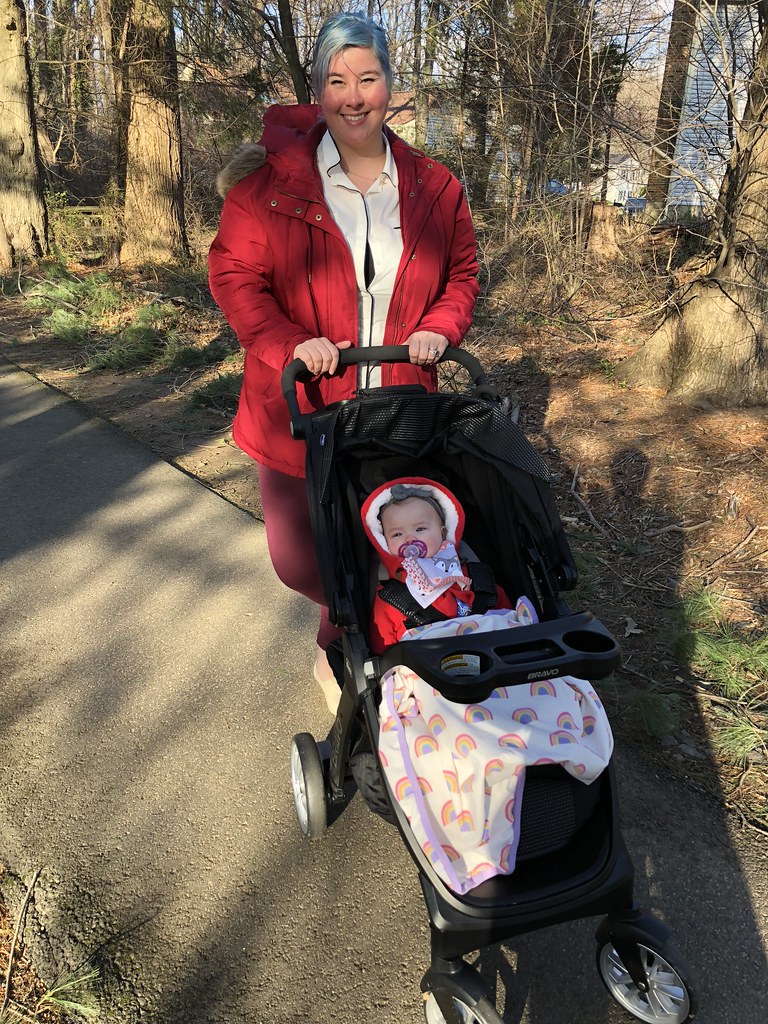 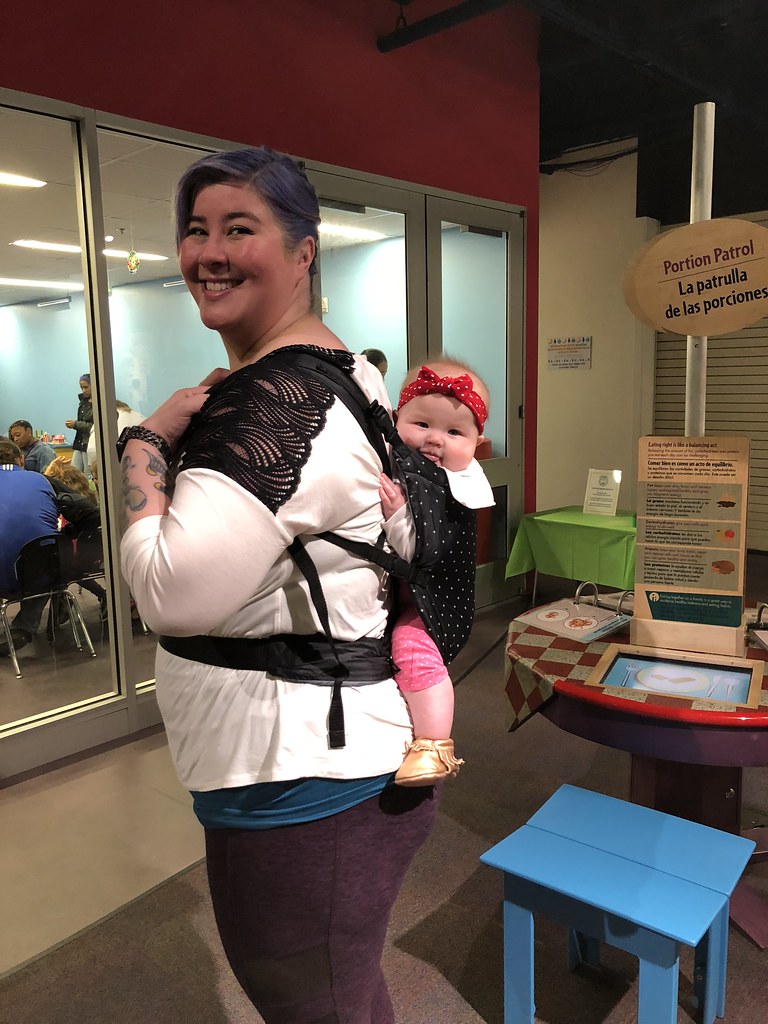 But my latest greatest problem is constantly waiting too long to eat, so by the time I finally get around to it I make all my food decisions out of hanger and desperation. I also don’t get to the grocery store nearly as often as I should, and so while we have been doing better with regard to not eating out or ordering in quite as much as we were before, it’s still just suuuuuch an easy fallback solution for us. Having real food around the house so I can whip up really is really key to me staying on track.

So my mom was dealing with some health issues at the beginning of this year that led her to go on an elimination diet in an attempt to suss out what’s been giving her grief. It’s been SUPER strict (and she’s just in the phase now of starting to add things back in) but it’s actually done her a lot of good — she says she has more energy, her joints don’t hurt as much, and as a kind of unintentional effect, she’s lost quite a bit of weight as well. She’s been talking to me a lot about her diet and suggested that I cut out sugar since she feels like that’s the thing that has caused her the most issues.

Based on my past history with diets and disordered eating, I don’t think it’s realistic for me to cut anything out of my diet completely, but I will admit that I’m starting to wonder if it might do me some good to cut back on sugar, simple carbs, etc. I mean, this probably sounds like a no-brainer to some of you, but eh, you know me, I gotta do everything in my own time. And since I have been a little extra indulgent in the sugar department lately (regular soda, chocolate, and lattes being specific culprits), I’m wondering if that might be contributing to my skin acting up and feeling as bloated as Jabba the Hut.

I know that I need to cut back on my dairy consumption again too… or at least to frickin’ remember to take my Lactaid since my lactose intolerance seems to have made its unfortunate return as well (it went away during my pregnancy!). 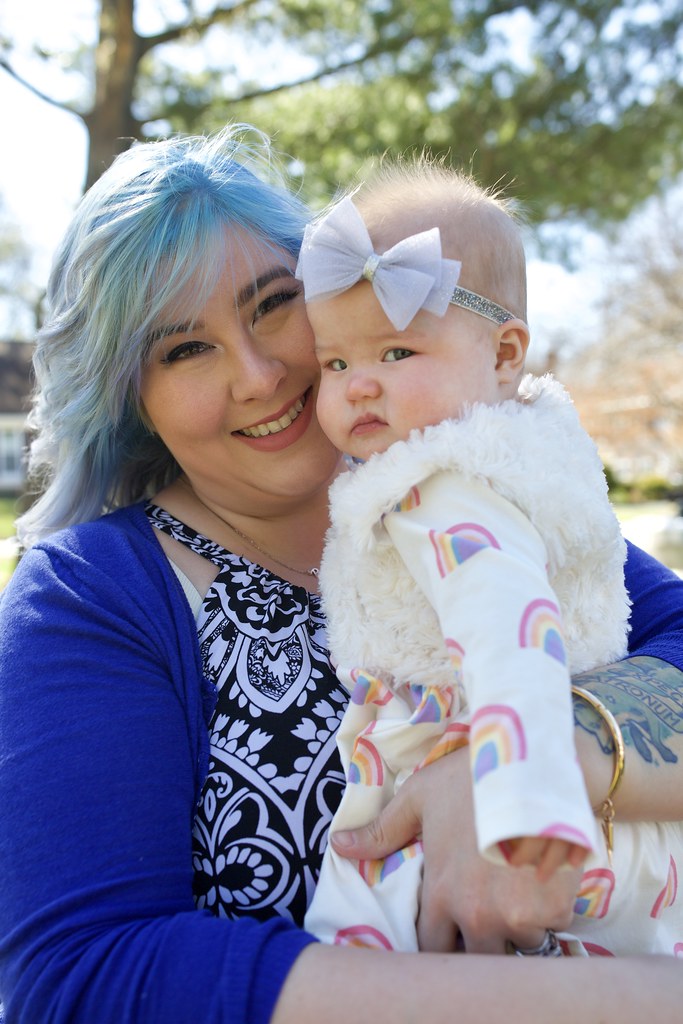 Penny’s face pretty much sums up how I feel about all that… so I’m still in the “just thinking about it” stage with regard to the sugar thing right now, haha. But I am already dialing back on the dairy, and we’ll see how all of that goes. Pasta is also often our fallback easy dinner (because, duh, pasta is delicious), and while I’m anywhere near willing to say goodbye to noodles, I do think I need to start refocusing on balance when it comes to the meals we prepare at home as well. Ugh, why is there always so much to consider! ANYWAY. The entire point of this useless post is for me to simply say: here’s to getting back to that wonderful place where I feel healthy and happy, but not deprived!