Before I jump into things, I should mention that I’m fully aware I haven’t posted a weigh-in in the past two weeks, but that’s because I have literally been weighing in at exactly the same weight for the past two weeks (kind of a victory?), so there’s just not a whole lot going on there. ::shrug::

I’ve mentioned — on more than one occasion — that I’m a bit of a waffler. Wishy-washy, flaky, indecisive, whatever term you want to affix to it, I’ve never been very good at sticking with something. I tend to start something with enthusiasm, go full-throttle… and after a little while, totally lose interest.

It has been a big step for me to be able to recognize this tendency of mine. I think it’s a sign of growth, to be reflective enough to tell when I’m just following a lark versus pursuing something in a serious way. But in some ways, I feel that I’ve almost taken it to the opposite extreme at this point. I’ve convinced myself that I’m so waffley that no matter what I think I want to do, I *will* lose interest. That it *will* be a waste of time/money/etc. And therefore, I don’t actually do anything.

I bring this up because for quite a while now, I’ve found myself facing that looming question that all twenty-somethings pose to themselves at one point or another: what should I do with my life? Starting this blog has helped me hone and define my interests so much more than I ever thought it would, and subjecting myself to this new world of people who are passionate about food, nutrition, health, fitness has been incredibly eye-opening to me. And because of how so many other bloggers that I follow — all women who truly inspire me — I really thought I needed to follow their example in terms of my career as well. 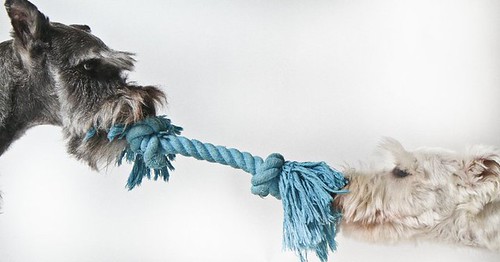 I’ve spent a good year+ waffling, debating, and trying to decide between whether I should pursue nutrition or food as a career. Do I start the long, arduous, but ultimately rewarding task of going back to school to become a Registered Dietitian, like Anne? Or do I follow my passion for food and go to culinary school, like Emily has done, and Cassie is currently doing?

One path would lead me far from home (there are no ADA-accredited master’s programs in Nutrition in this area that I would be eligible for), and would cost a lot both in terms of money and time (since I have almost none of the necessary prerequisites). The other path would be an incredible experience, but could I ever really justify paying so much money and taking so much time for something that I simply *want* to do, since I have no desire to work as a restaurant chef? Neither were particularly practical for me, since the only thing that I knew I wanted either way was to give myself the credentials and experience to make myself a more effective blogger.

I was stuck between these two options for a long, long time. Both had their pros, both had their cons, and despite talking with family, friends, bloggers, and random strangers on the street (well, only that one time) I still found myself incapacitated by these two choices. Stuck in the space between them. As my clever coworker informed me, this state is aptly called “option paralysis”. 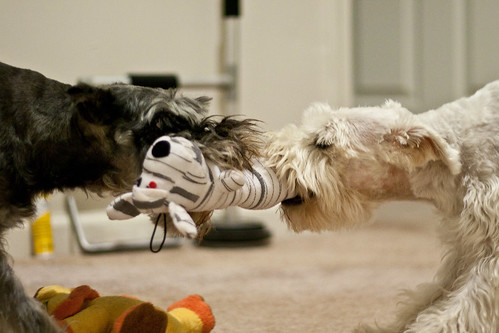 Pulling on both ends with equal pressure doesn’t get you very far, my friends.

So I asked myself some questions: Why was this decision so difficult for me? Was it the equally tantalizing appeal of both options? Or my fear that pursuing one or the other would inevitably lead to my loss of interest? When I started out in college, my major was vocal performance. It took less than a semester for me to realize that making singing my career would only cause me to hate to sing, so I switched. And while that was fine and dandy as an undergrad, it would have a bigger impact on me financially if the same thing were to happen on a graduate level.

After living in this career-decision-limbo, I finally forced myself to take a step back. Reevaluate. Reassess. And I’ve realized that while I was (and am!) passionate about both food and nutrition in general, feeling the need to turn them into my career was coming more out of unspoken peer pressure than true desire. No, It was coming from a similar place as my previous (and at least temporarily, extinct) desire to be a long-distance runner: I am immersed in a world full of fantastic, inspiring women who are doing these things, so I wanted to do it too. But when it comes down to it, I’ve finally realized those aren’t even the things that I love most about this blog.

What I love most about writing this blog is exactly that. Writing it. I love to write, to know that I’m reaching people, maybe even helping inspire them on their own journeys. I love being able to impart the knowledge that I’ve picked up from my own experiences and pass it on. I love reading your questions, hearing about your struggles, and sharing in your experiences. So for a while now, I’ve been giving a lot of thought to a totally different path instead: teaching. Specifically, teaching secondary English and, subsequently, writing.

I know full well there are tons of pros and cons when it comes to teaching, that can probably be discussed ad nauseum. I’m passionate about writing, literature, and goodness knows I LOVE my young adult novels, hahaha. Not to sound like I’m bragging or anything, but I also feel I’m equipped with the enthusiasm and creativity to be an exciting teacher. But, of course, I’m also concerned about getting burnt out, being a disciplinarian, and all the general ethics and politics that are tied up with the world of education. So far, nothing is confirmed, nothing has been decided. Since I have a few English courses I need to complete before I’d be eligible to apply for the education graduate program I’m looking at, I’m starting there. Just a couple of classes on the side to see if the subject matter is even something I could really see myself doing.

We’ll see where things take me. I’m trying not to get too wrapped up in it, reminding myself that I am still young, and I do still have time (cliches are there for a reason!). I’m dipping my toe in the water instead of jumping in with both feet, but it finally feels good to have a little forward momentum. Something to work toward that’s my own, even if it’s just the slightest bit separate from my world here.

Have you ever gone through anything similar, with regard to your choice of career and interests?