HOLY MOLY. What a weekend!

Between all the fun we had on Penny’s actual birthday, her party, and her baptism the day after that, we really packed a LOT into this Labor Day Weekend, I tell you what. And yes, it probably goes without saying that I am absolutely, thoroughly, completely exhausted. But, it should also go without saying that, yes, it was worth it. My sister and her whole family came into town for the weekend festivities, and we just had a whole lot of awesome family togetherness in celebration of our little Princess Penny.

Let’s dive in, shall we?

On Thursday morning, Sean and I both went in to greet the birthday girl with balloons and lots of cheer. She was definitely thrown off a bit by the morning greeting (normally, Sean has already left at work by the time she wakes up), but got into the spirit very quickly! 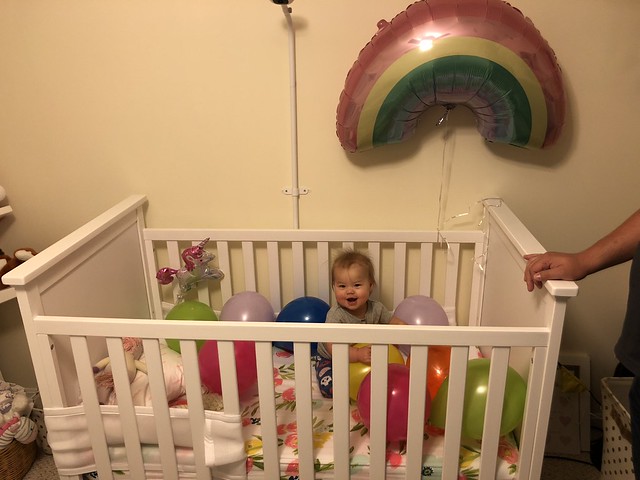 I’m so ridiculous, I even made a conscious effort to ensure I was wearing my own donut jammies to match hers. And I’m going to go ahead and say I was approximately 1084% more excited about the fact that it was her birthday than she was… she did like playing with the balloons tho. 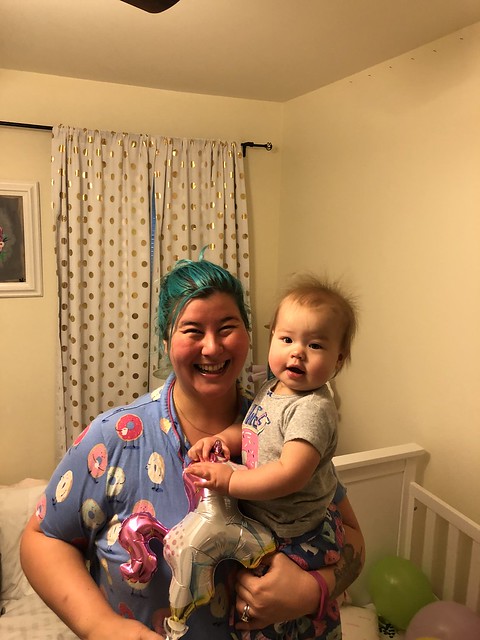 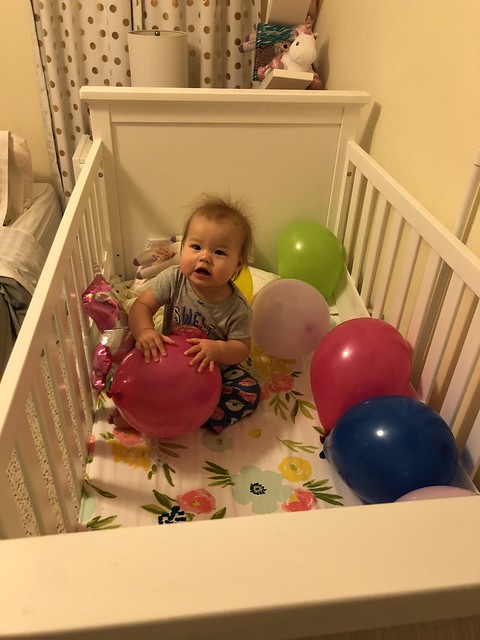 Sean left for work, and I fed Penny breakfast, got her changed, and then we headed into Falls Church to meet up with the rest of my family (minus my brother-in-law and Mia, who flew in Friday evening because Mia’s in — gasp! — real school now.) 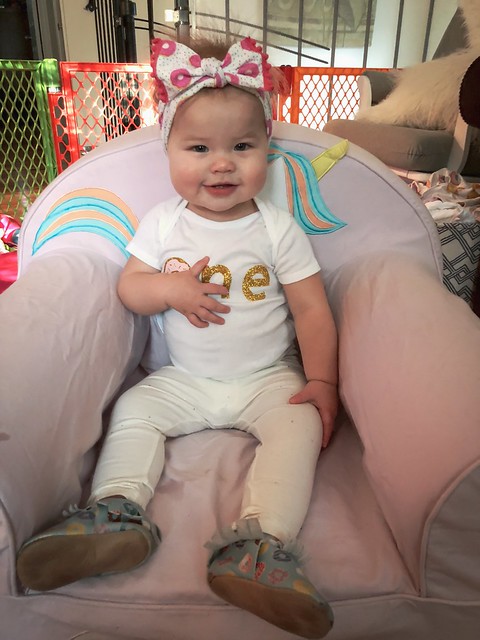 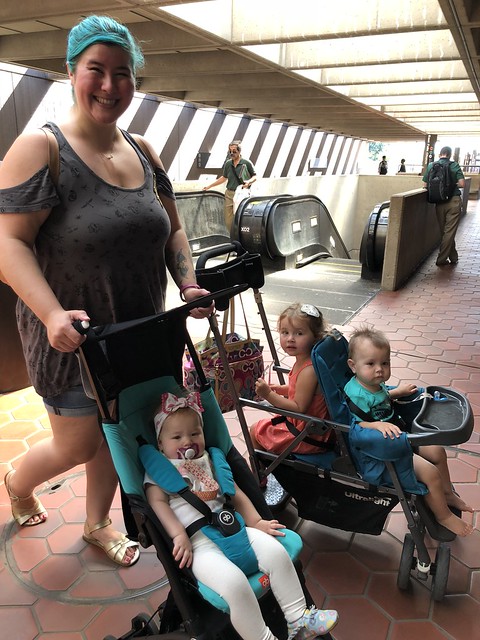 Then my dad, my sister, and I (plus Penny, Kira, and Alex) all hopped on the Metro and took a jaunt into the city to visit the National Building Museum! They had a really cool exhibit called Fun House going on this summer (sadly its last day was September 3rd), and it was a total kiddo paradise. 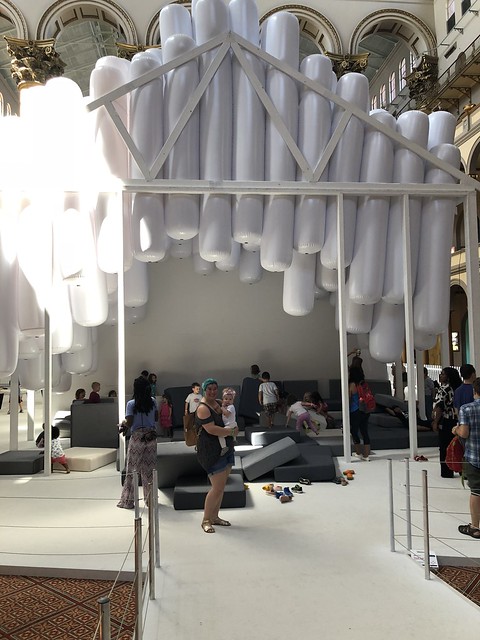 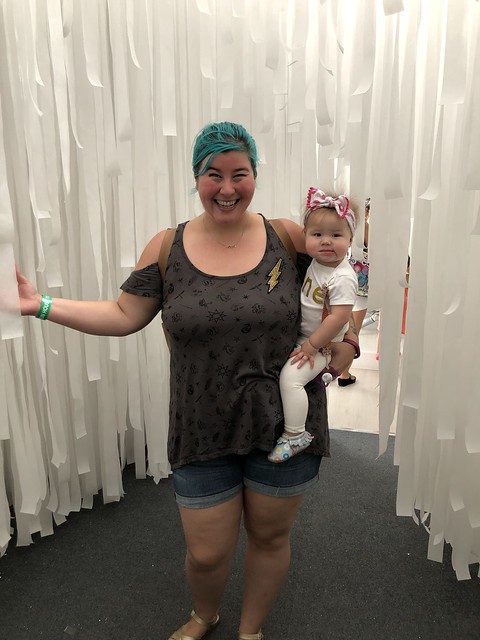 Penny and Alex were definitely on the young side to be able to appreciate all of the element of Fun House, but they still had a great time — and Kira had the time of her life! 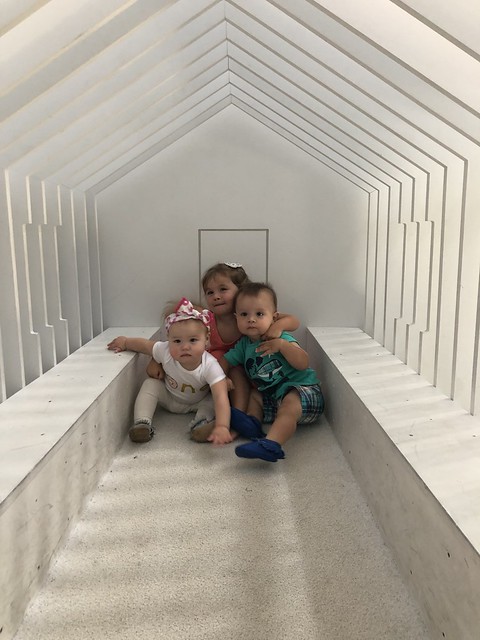 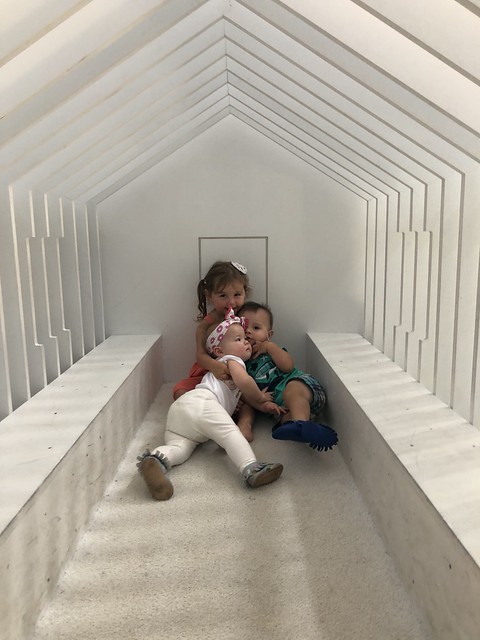 The whole exhibit was kind of like a cool, architectural, playhouse twist on the idea of house and home, with different rooms and different fun spins on the things that exist in a house. 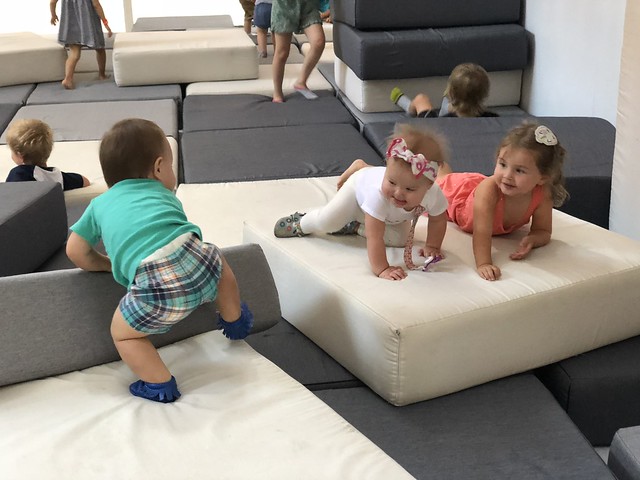 One of the biggest draws of the Fun House exhibit was the giant pool in the “backyard,” which was like 5 feet deep and filled with thousands and thousands of ball pit balls. I tried not to think about all of the thousands of people who had been in that ball pit prior to us, and jumped in with both feet (literally). 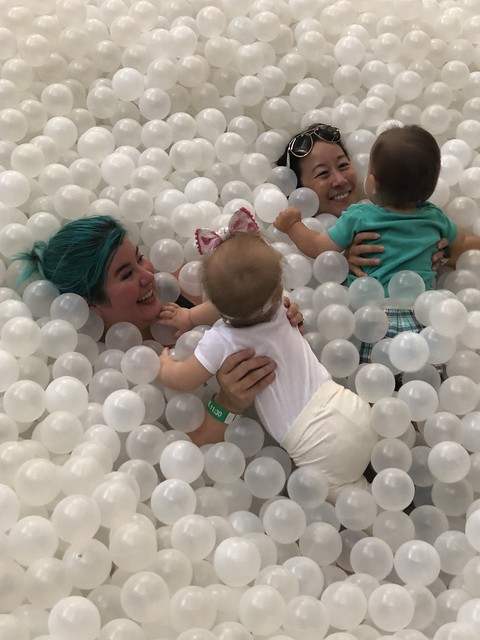 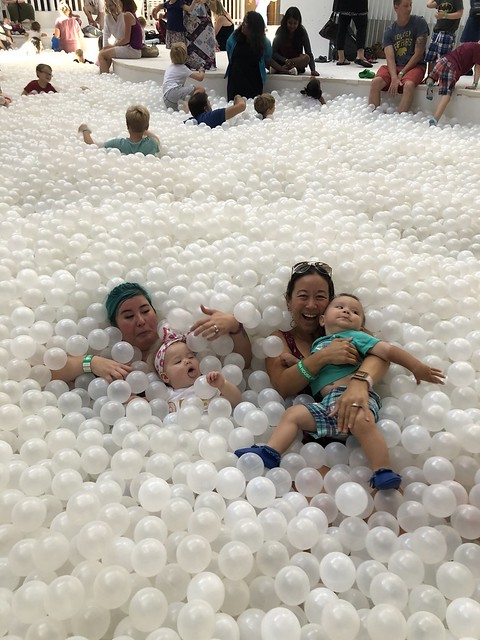 And there’s some kind of metaphor for motherhood here, I can feel it: 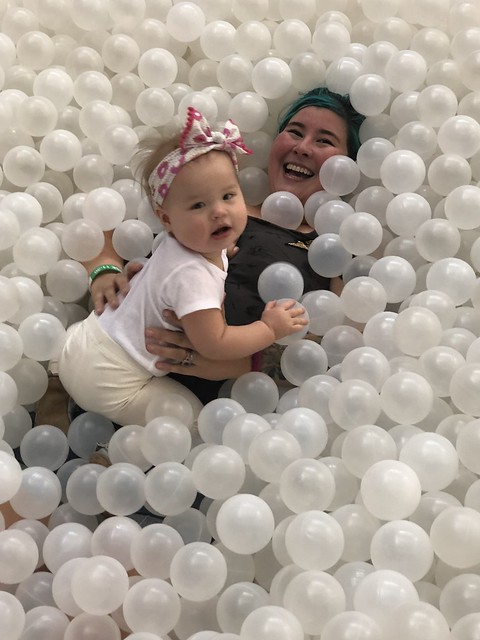 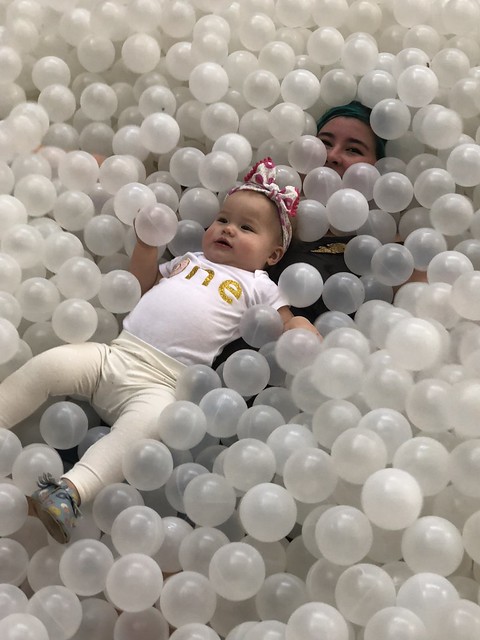 After our time at the Fun House (which already left me feeling pretty wiped — getting out of an adult-sized ballpit is no small feat!), we had a quick lunch nearby at Bantam King and then headed home. 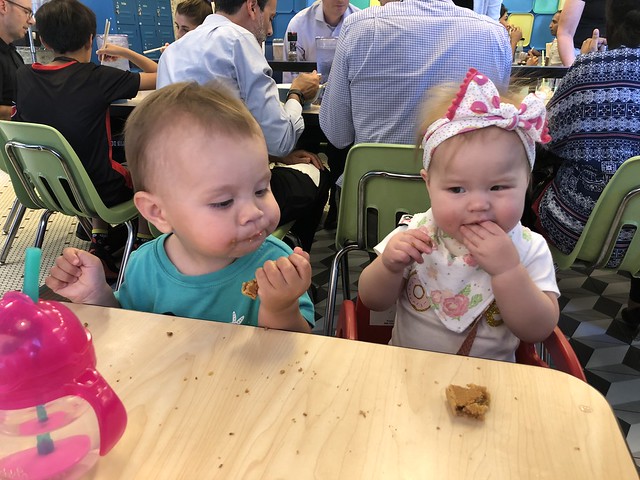 We got the babies down for an epic nap (and even Kira fell asleep!), hung out for a bit, and eventually saddled everyone up to head back out. This time, to the mall!

Build-A-Bear Workshops has a promotion where if you bring your child in during the month of their birthday, you can pay their age (!) for a special birthday bear! Hey, a $1 bear? Sign me up! My whole family and I (including Ben, Taylor, and Marjorie this time) met up with Sean at Tysons Corner, and then all went together to get Penny’s first Build-A-Bear together! (I think when the whole Powell-Robinson-Fox clan rolled up into the BAB, three strollers deep, I think the girls behind the register got a little panicked, hahahaha.) 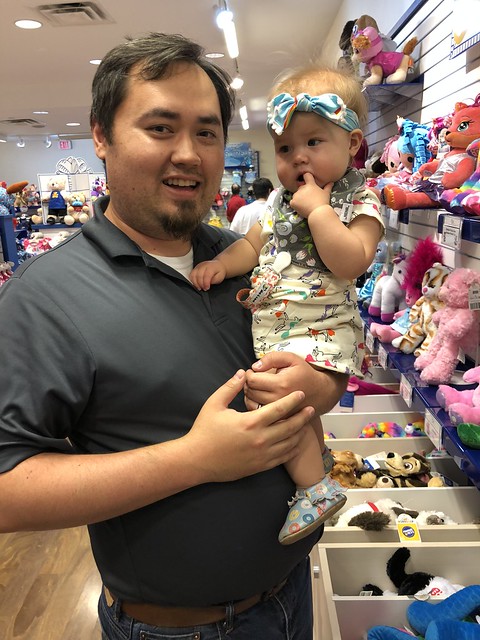 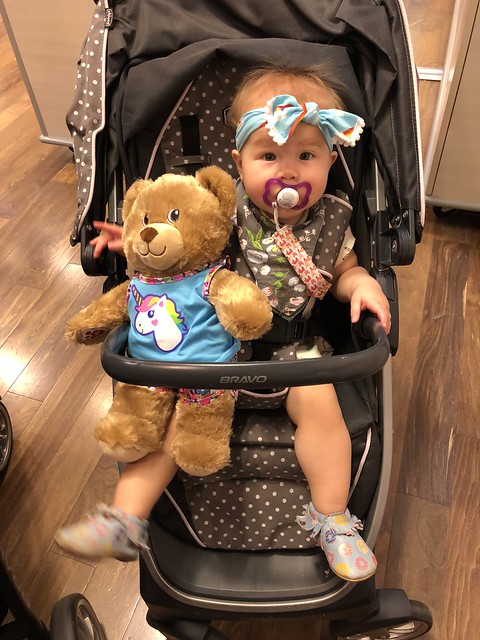 I was planning on just getting her the plain $1 birthday bear, but Penny’s PoPo (the Chinese term for Maternal Grandmother, pronounced “Paw Paw”) wanted to trick out her bear, so this bear went home with some unicorn jammies and a song inside! Thanks PoPo! 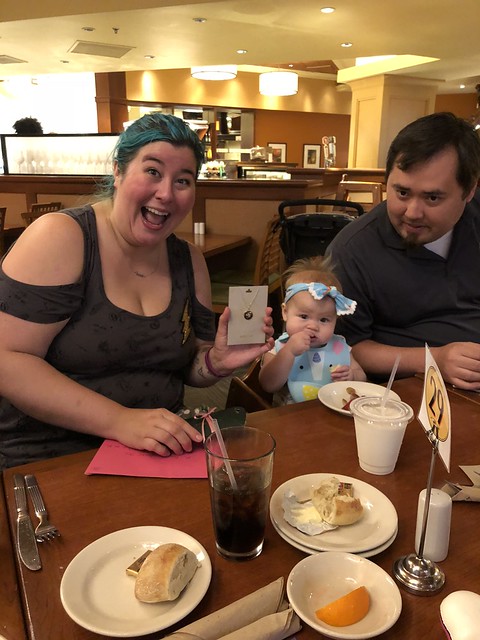 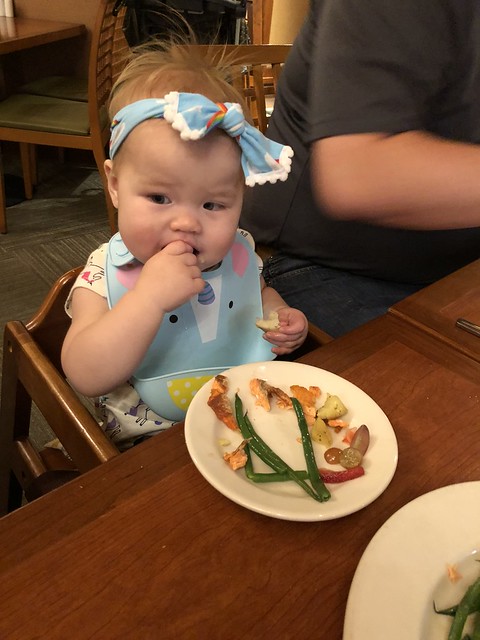 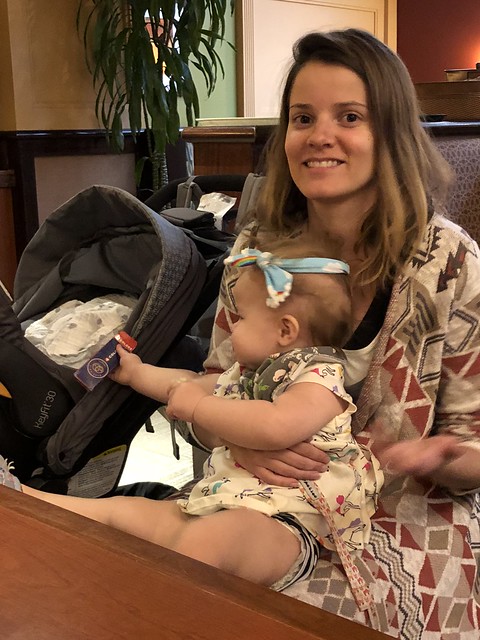 Finally, we ended the already epic day with a family dinner at the Nordstrom Cafe, where Penny feasted on a birthday dinner of grilled salmon, green beans, roasted potatoes, and the fluffy insides of all my bread rolls. And we all slept hard that night! 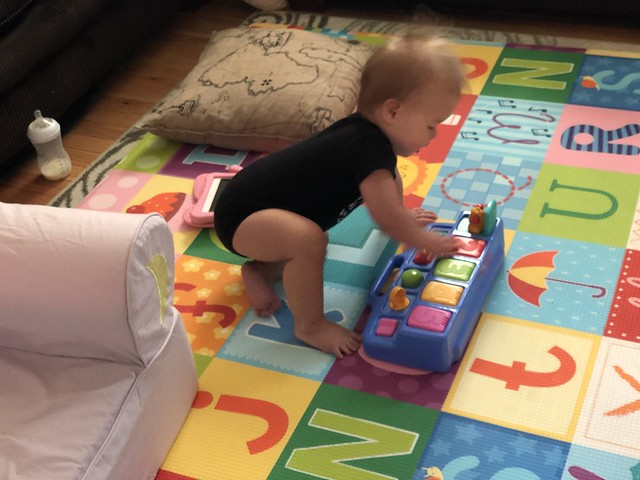 Much of Friday was spent running errands and prepping for the party that would be happening the next day. I was feeling pretty anxious about all the things I wanted to get done, but managed to sneak in a very quick (and lazy, lol) workout at the gym and also slipped away to enjoy a ladies’ night out with my sister and our friends Anne & Lara! 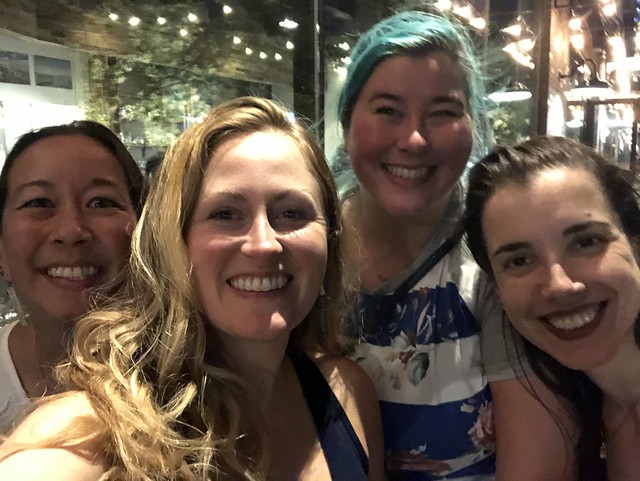 I’d been looking for an occasion to check out Cheesetique’s newest location in Mosaic, and this was the perfect night for it! Four baby-free mamas out on the town? Hot diggity dog! My cocktail & the food we shared (which was like, twice as much as what’s even pictured below, hahahaha) was all excellent — if you’re local and looking for a great spot, I definitely recommend. Get the tot poutine and thank me later! 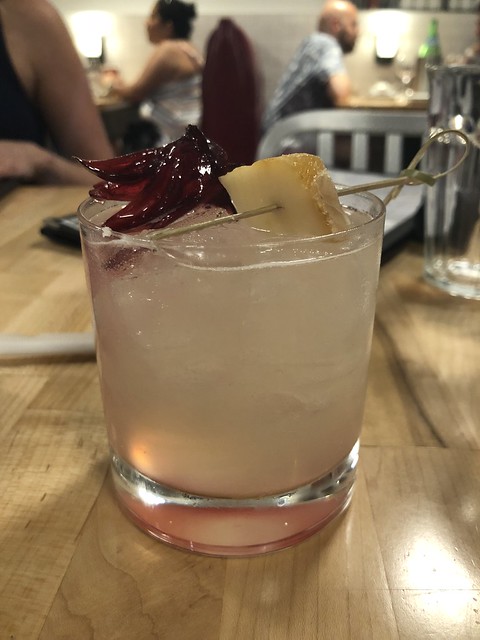 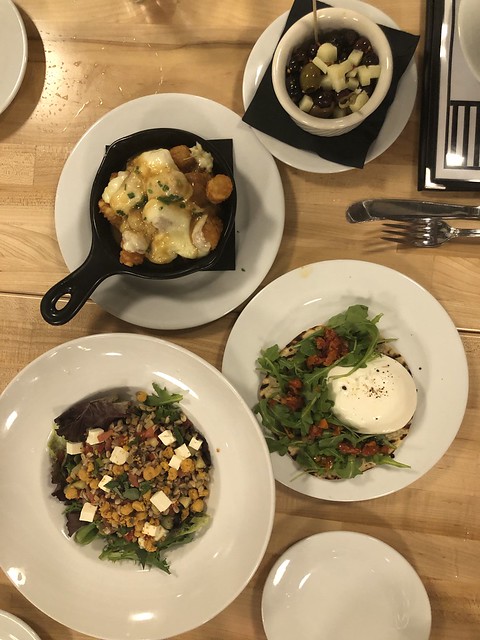 And that brings us up to Saturday which, of course, was party day! But since Penny’s birthday party comes with a whole truckload of photos and details in and of itself, and this post has already turned into quite a lengthy one, I think I’ll save it for tomorrow. Hope everyone has had a somewhat smooth transition back into the week after the long weekend! See you on the flipside!