Man, I should be buying stock in Lysol after this past weekend. It’s basically plague-central at the Fox house.

Penny caught the dreaded Hand, Foot, & Mouth Disease from daycare (it’s not super serious, but super contagious and super uncomfortable), and when I brought her into the sick clinic at her pediatrician’s office this morning, they not only confirmed that but also informed me that she has an ear infection to boot! 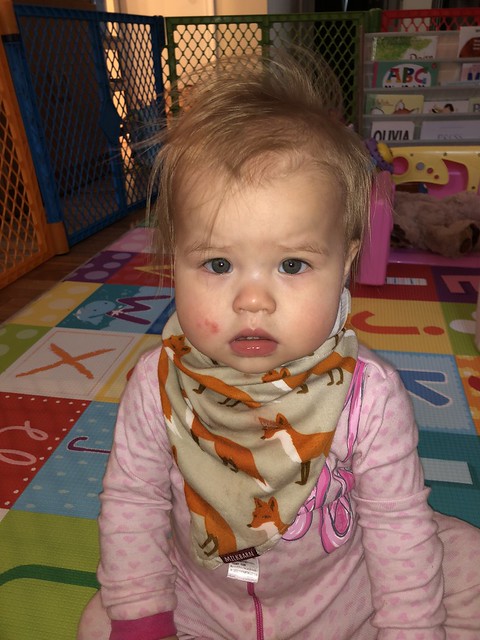 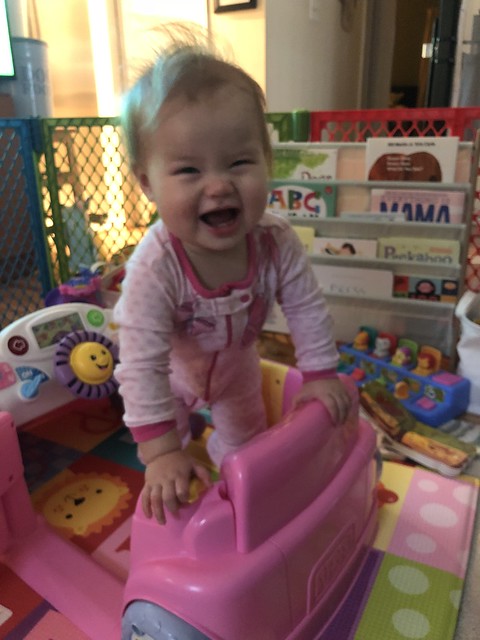 As long as she’s got some Motrin in her system, the HFM hasn’t precluded her from eating or drinking yet — something I’m very thankful for, since that’s the real danger of the disease (they can get little sores in their mouth / throat which makes them not want to eat or drink anything, and then they get dehydrated). I picked up some Pedialyte pops just in case though.

And as if it’s not bad enough to have a sad, sick, unable-to-communicate little baby, I, too, have been feeling pretty under the weather. I’ve been feeling pretty rundown since well before Penny’s symptoms showed up though, so hopefully it’s a whole separate thing (I only say hopefully as I hear that HFM is much worse for adults if they catch it.) 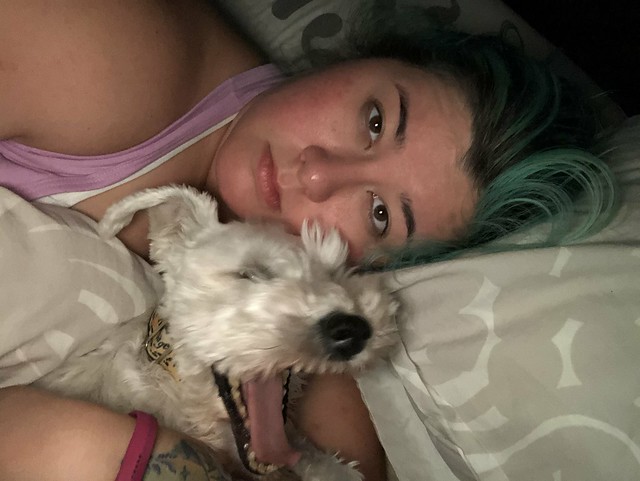 I haven’t been sleeping very well, and have woken up with a sore throat for a few days now. Bleh. So this weekend involved a lot of rest and a lot of lounging and a lot of sleeping — for pretty much all of us. 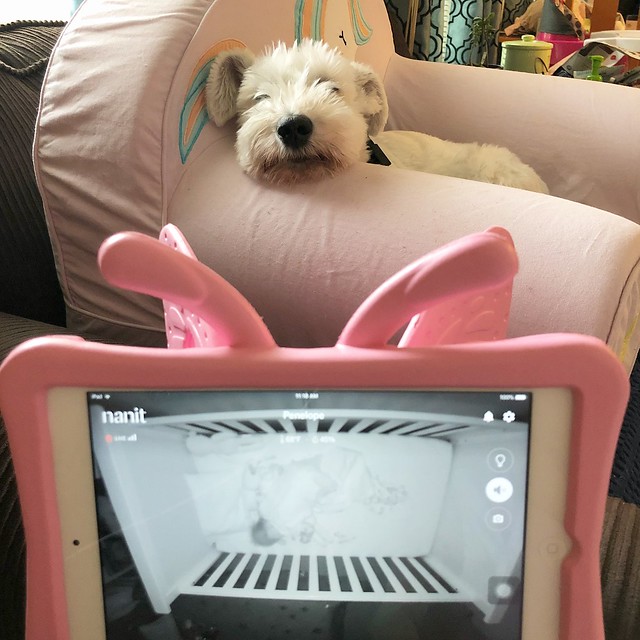 I’m very thankful Sean was willing and able to take on the brunt of Penny-care over the weekend, as I spent most of Saturday in bed.

This week I have far less of that luxury however, as things are speeding up work-wise now that we’re at the end of the month, end of the quarter, and heading into Fall / holiday season. Not that I’m complaining about that last one — the last few months of the year are my FAVORITES! I can’t wait to get to experience all the fall festivals and holidays and whatnot with Penny (especially considering she was just a little lump at this time last year, lol.)

Anyway, think quick-healing and healthy thoughts for Penny as we try to make it through this week, and hopefully I’ll have better news to report next time!