Well helloooooo Week 20! We are officially at the halfway point of this pregnancy, which is kind of crazy to think about. On the one hand, it already feels like I’ve been pregnant forever (partially because I found out pretty much as early as one is able to, lol), but on the other, it feels like September’s gonna be here before I know it! 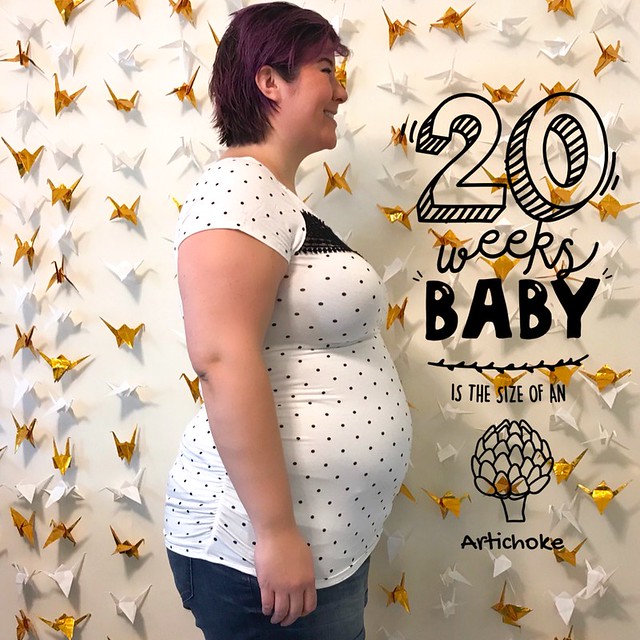 Foxlet’s Size: Foxlet is the size of an artichoke, banana, or a pint of root beer. Mmmm, root beer…

Weight Gained: Holding steady this week; nothing gained, nothing lost.

Symptoms: Nausea is continuing to get better, huzzah! I had a super visceral vomiting reaction to Sean showing me something that had gone bad in the fridge and asking “Do you know what this was?” (recommendation for all husbands/partners/families/roommates of pregnant women: don’t do that.) But other than that one off, I haven’t been throwing up, and my nausea in general seems to finally be lightening up… as long as I keep food in my stomach, that is! If I let myself get too hungry, I get super nauseous and feel terrible, but now that I’ve identified the cause, it’s definitely my own fault when it happens. Which means I can’t really blame the baby anymore, darn.

I’m still experiencing pretty bad round ligament pain though, and what I think is a mild form of pelvic girdle pain. On the bright side, those little maybe-gas-maybe-baby pops and bubbles I was feeling last week? They’re definitely Foxlet rolling around in there! I can feel her multiple times a day now, especially at night or when I’m leaning forward. It’s both totally weird and super awesome at the same time.

Emotions: Less cranky this week than last, and just kind of all-over-the-place-emotional again.

Aversions: Hallelujah! I think my red sauce aversion seems to be going away! I successfully ate dishes that had some kind of red sauce not once, but twice this past week! Sean made eggplant parmesan one night at home, and I noshed on some meatballs at Alta Strada when meeting a friend for lunch. Victory at last! 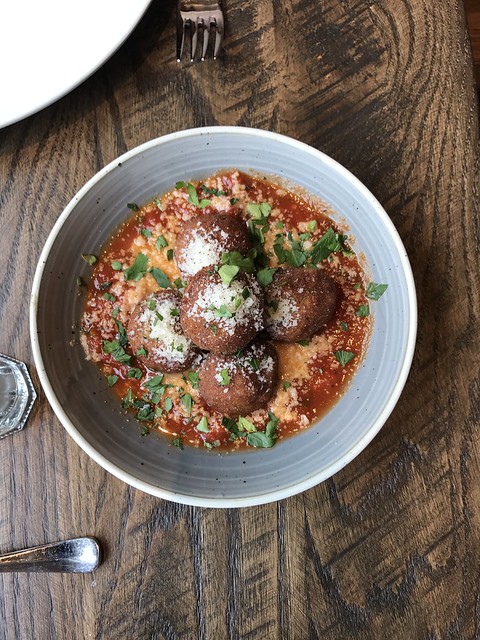 Sleep: It’s been okay this week. It takes me a while to really feel tired, and I get hungry around midnight so my bedtime routine lately has included a late-night snack, lol. I’m really loving the pregnancy wedge pillow I picked up on Amazon shoved under my bump.

Purchases:  So my lesson this week is that I’m not allowed to go into baby stores anymore, because I will buy something. Apparently window shopping just isn’t really a thing for me anymore. Exhibit A: 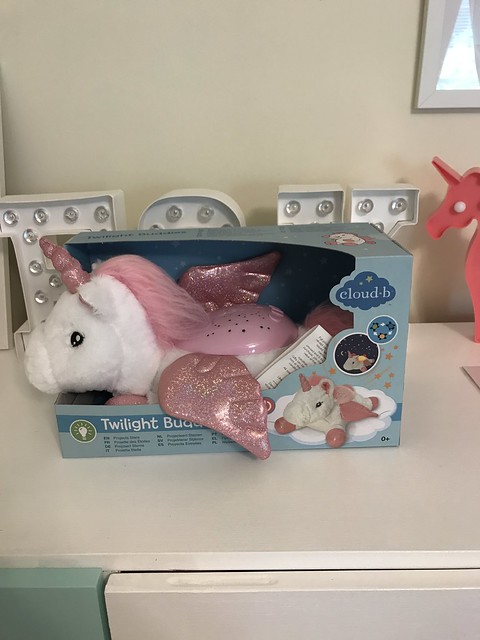 Also, Sean and I met up with his aunt & uncle who were in town visiting us, and they totally spoiled Foxlet! Not gonna lie, I’m finding that the getting-presents part of being pregnant is pretty great. 😉 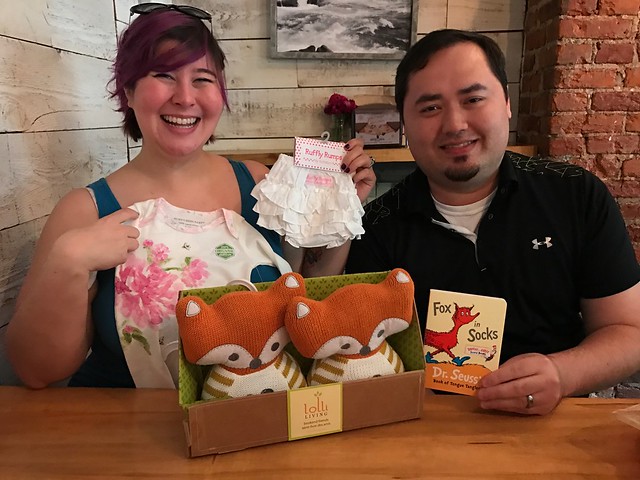 Wearing: started busting out the belly bands and I really love how much support they give. Plus I feel like they help round out my bump and makes it look cuter, heh.

Missing… raw fish, man! At my big event on Friday, one of the vendors was serving up these insane poke bowls, while another was serving perfect-looking sashimi, and I wanted both soooooo badly.

Looking Forward to… my Level 2 ultrasound next week! This is the “big” ultrasound where you get to see tons of stuff, they explain all about how the baby is developing, and you find out the sex (unless you’re me, and you elected to find out on your own 4 weeks ago, lol.) I’m super excited to get into all the nitty gritty details of how she’s developing (and to confirm that she really is a girl… juuuust in case).