I know, another week+ long blogging hiatus has occurred. My only defense is that I was pretty much permanently camped out at my parents’ house the entire time my sister and niece were visiting, which meant zero access to my desktop, which is where I edit all my DSLR photos. 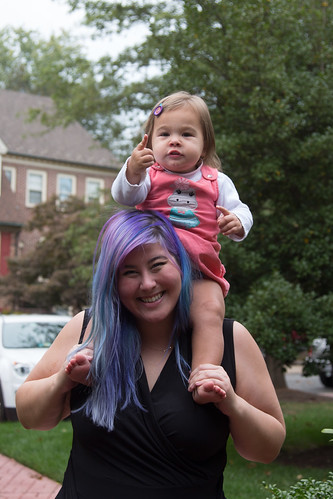 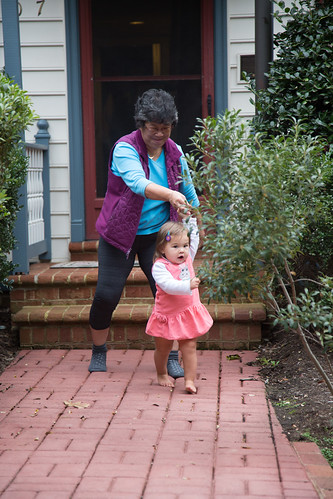 The good news there, however, is that this means I actually took a lot of REAL photos over the past week! Which really worked out since, as you already know, Mia is pretty much the best thing to take pictures of ever. 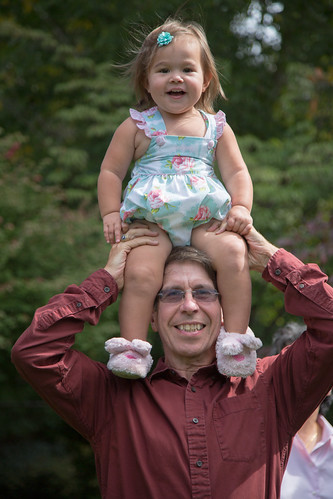 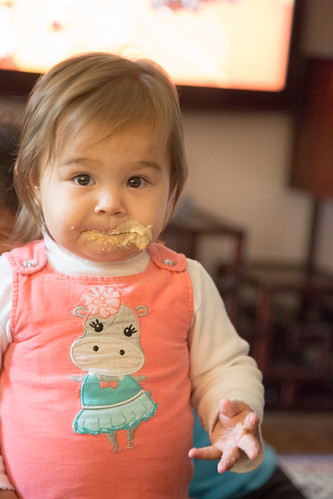 Although, I do have to admit now that I have an iPhone 6, my phone photo game has stepped up significantly anyway. Guess that means my excuse really doesn’t fly, ahaha.

So, as tends to happen when life is, well, being lived, lots of stuff happened over the past week. First and most importantly, as you already know,  Jen and Mia came up for a visit. This meant lots of time spent hanging with my family, listening to baby babble (it’s the bessssst!), and emotionally reverting to my sixteen-year-old self. (Oh, and if you were wondering, Mia LOVED the Elsa doll I got her!) 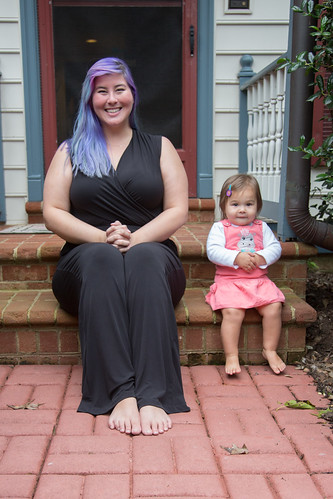 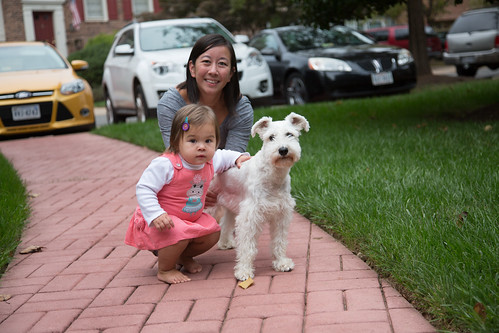 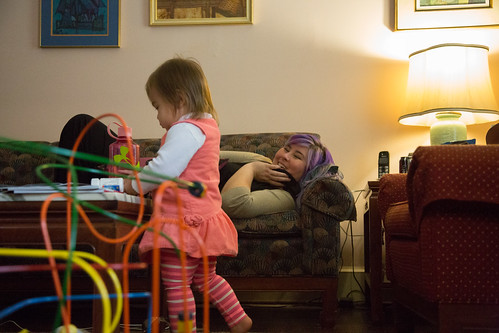 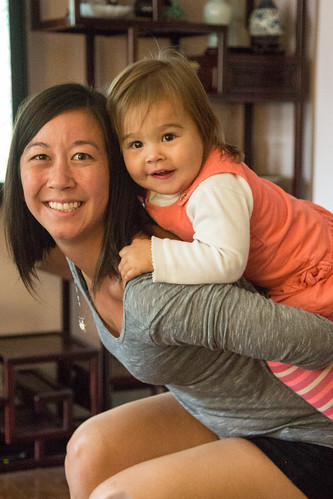 Also, I managed to slam my eye socket into the corner of a chair and give myself a black eye. 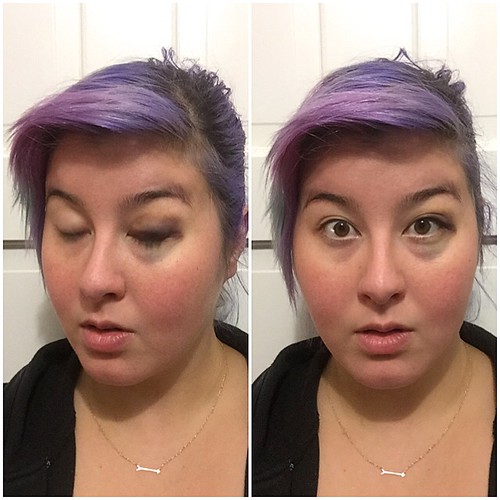 I actually think it makes a much better story if I just say that Mia punched me in the face, so let’s pretend that’s what happened. You know, instead of me getting into fisticuffs with an inanimate object, mmkay?

All kidding aside, it actually was pretty awful. I’ll spare you some of the much uglier, nastier pictures I took, but suffice it to say that my whole eye was hugely swollen for a couple of days, and the bruise on my eyelid is just finally starting to lighten up now. (Thankfully, it just kinda looks like I’m wearing purple eyeshadow, and also that I must be reeeeeeeeally tired… in one eye.) I definitely realize how lucky I am not to have damaged my actual eye or vision though, especially given the $4K I spent on LASIK not too long ago.

Aaaaanyway, self-inflicted injuries aside, we all tried to cram in lots of hometown nostalgia for my sister while she was here, but I couldn’t let her leave without introducing her to something new, too. Specifically, my absolutely wonderful hair stylist, Linh at Be Scene Studios. I booked her an appointment so Linh and I could both try to convince her to do something fun and fashionable with her hair. And the result of our persuasive effort?

A fabulous, chic bob — Linh’s specialty! And it looks even better in person, and is nice and low-maintenance for someone who doesn’t even own a blowdryer… like Jen.

Sadly, though, ultimately my sister and my beautiful niece did have to return home. How did I soften the blow of their departure?

Why, by volunteering to groom Sully from Monsters, Inc, of course. 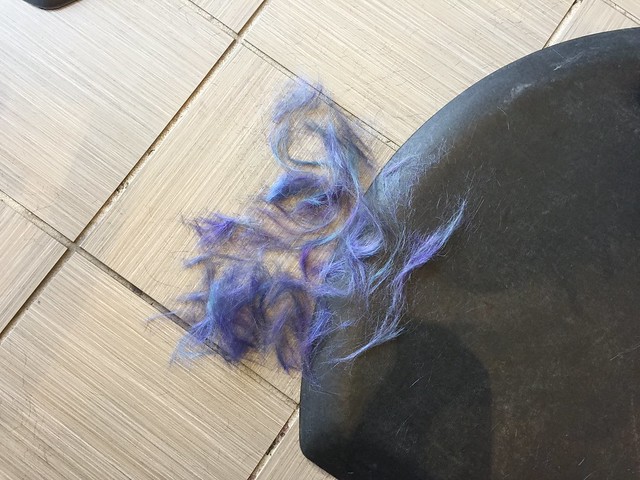 Er, I mean, by hunting down a unicorn and cutting off its tail. 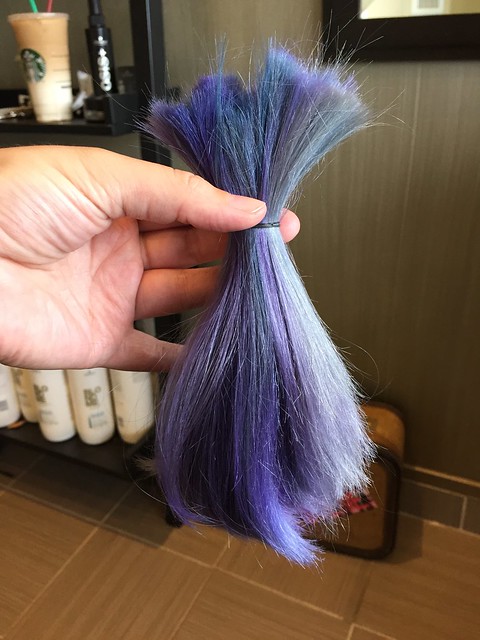 Jk, jk. Obviously, I went ahead and let my own hair go under the knife, as it were. Yes, merely days after Jen got her rad new ‘do, I headed straight back to Be Scene for some new locks of my own. I guess seeing my sister’s stylin’ new haircut just made me crave one too badly to wait!

For good measure, here are a few final pics to remember my (faded) hair as it once was: 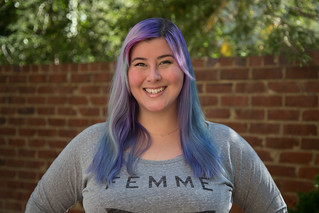 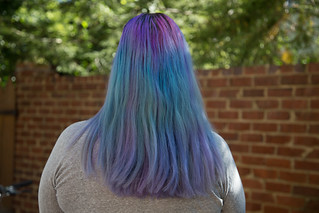 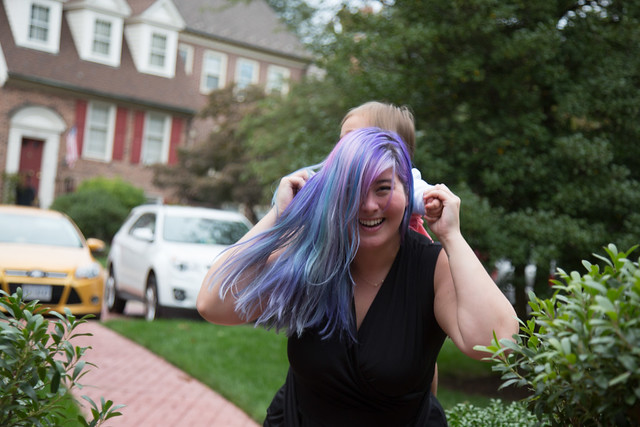 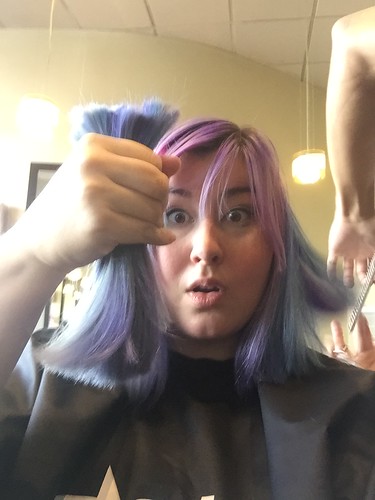 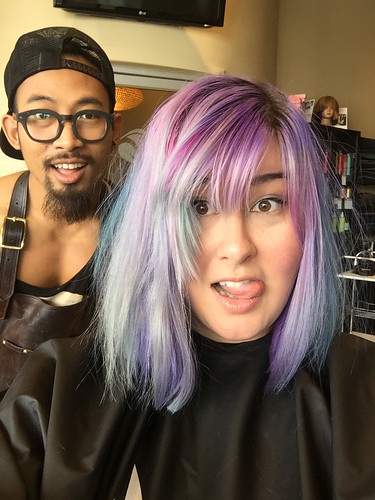 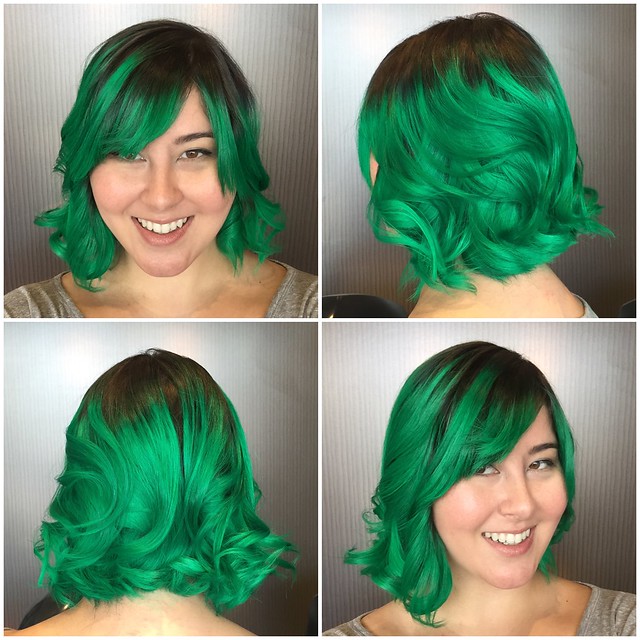 As it turns out, it is actually really easy being green!

It’s funny, every time I’ve gone to see Linh in the past, I’ve always been that girl, all “Keep the length! Not too much off the bottom!” even though I was more than game for pretty much any color on the rainbow spectrum. Also, it’s a little weird that I was so stubborn about the length for so long, since it’s not like my hair has never been short, right? I mean, my hair’s been everything from pixie-short blonde to super-long rainbow. Oh well, at least I finally got to a place where I was willing to shed more than an inch or two, ’cause I’m loving it! 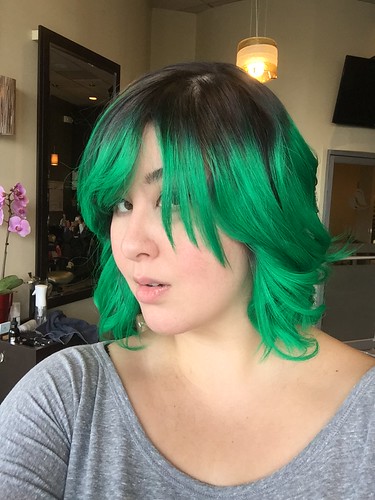 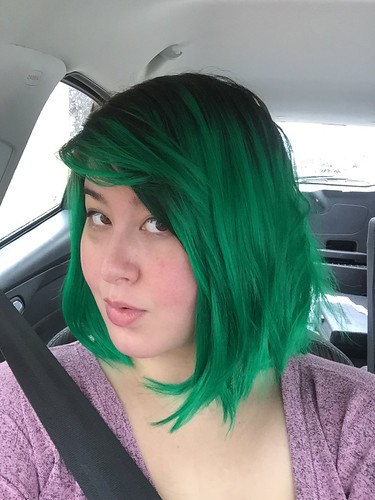 Plus, this color, man. It’s beautiful! It’s like a super vibrant emerald green, and I am having SO much fun with it! We’ll have to see how it ends up fading (hopefully it’ll still be pretty), but for now it is so bright, so flouncy, and it actually shimmers in the right light! I’m thinking… Elphaba for Halloween?

Wellps, that about catches us up with what’s been a-going on over the past week or so. While camping at my parents’ place, I did get to do a lot of fun cooking, including a sous vide dinner with Sean that I actually managed to document in photos for once! So keep an (unbruised, unblackened) eye out for that, amongst other things, and I’ll see you on the flip side!