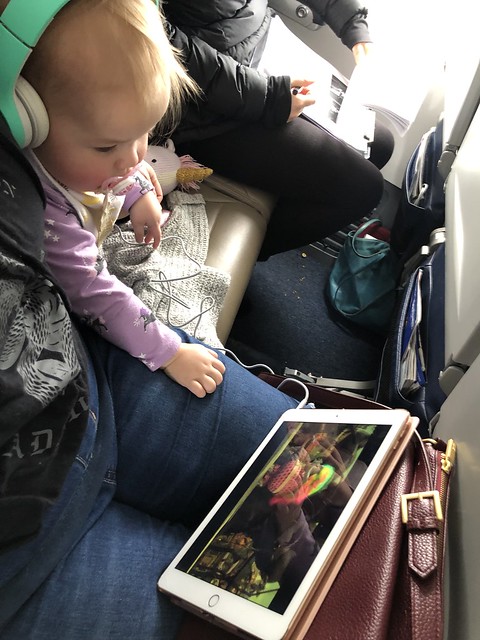 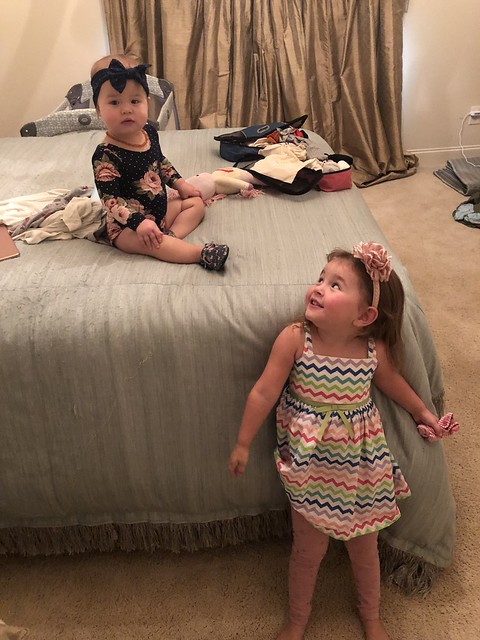 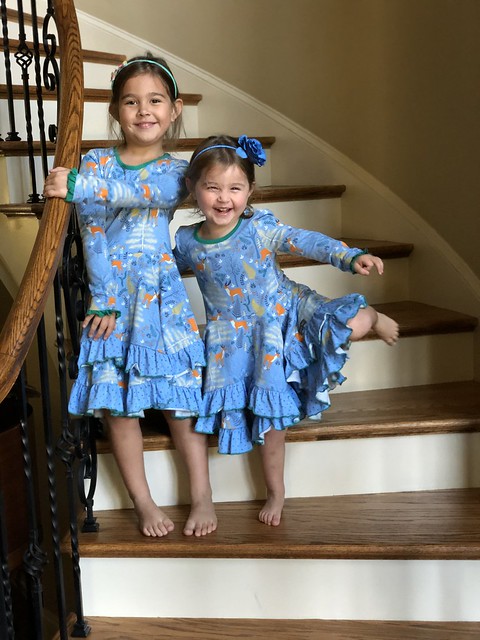 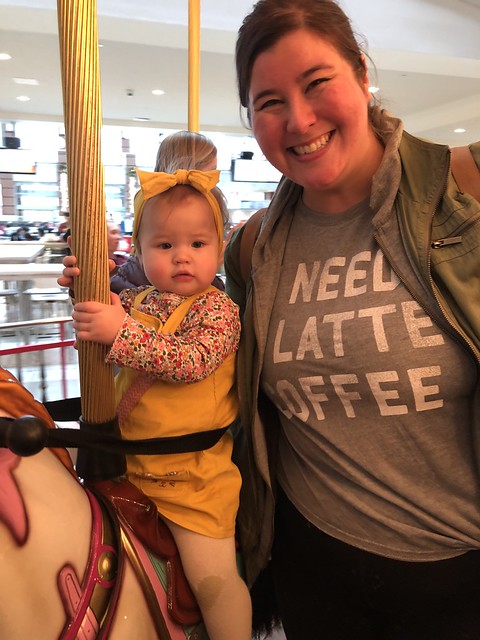 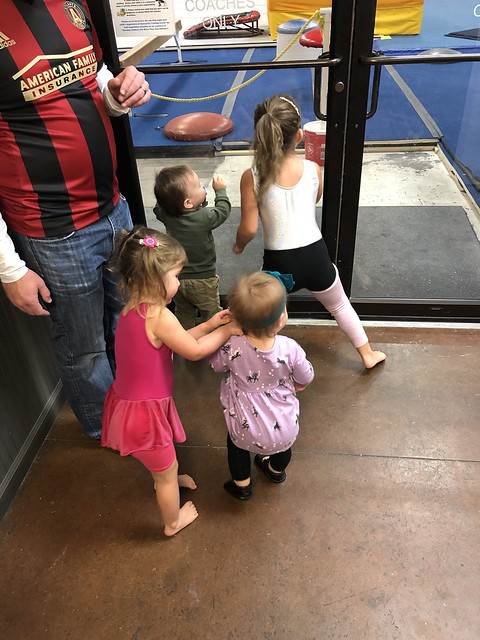 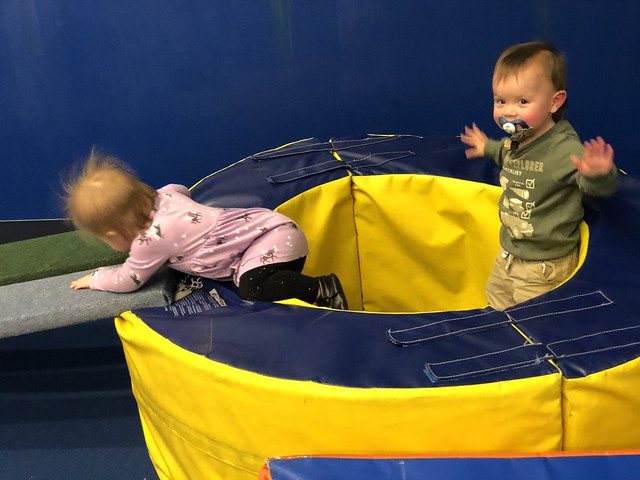 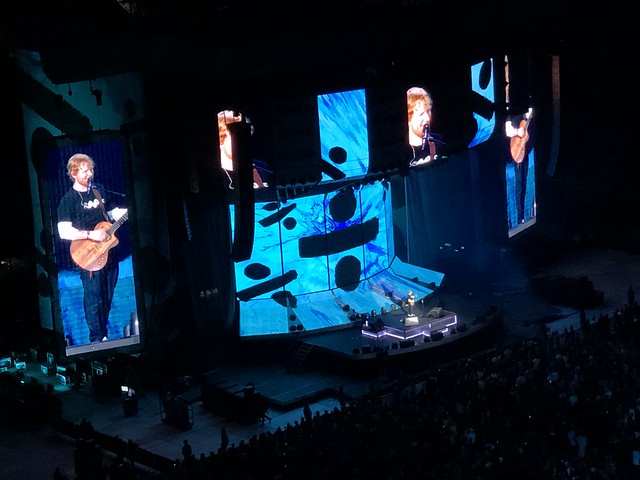 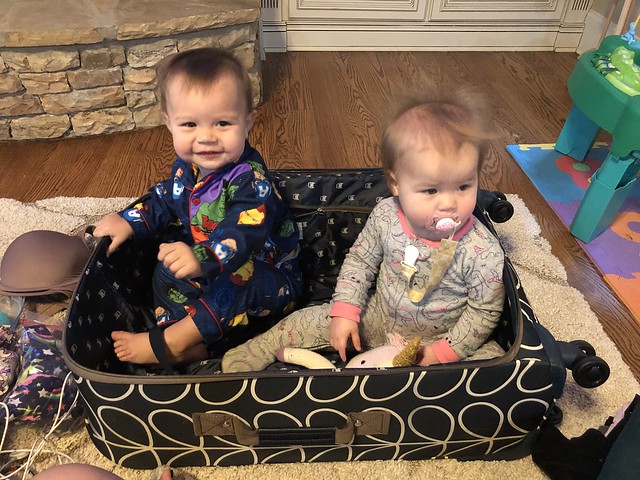 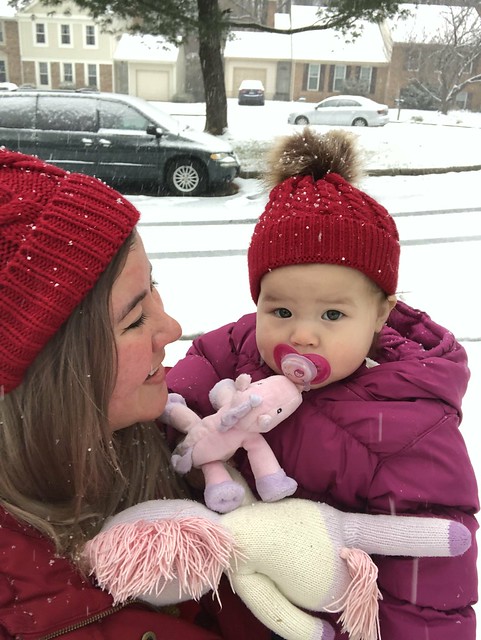 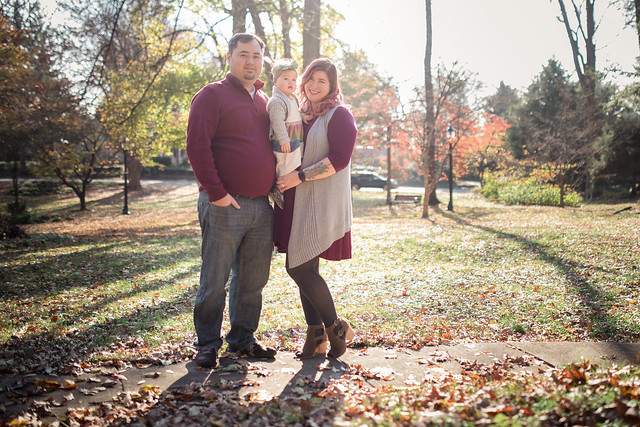 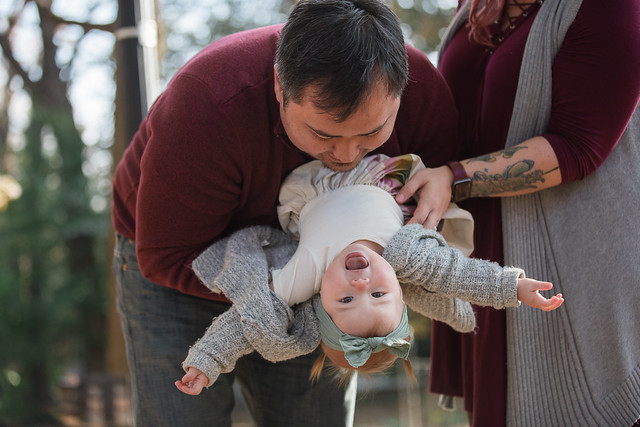 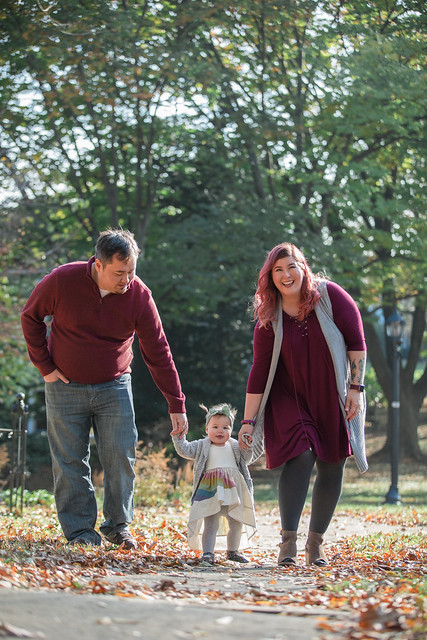 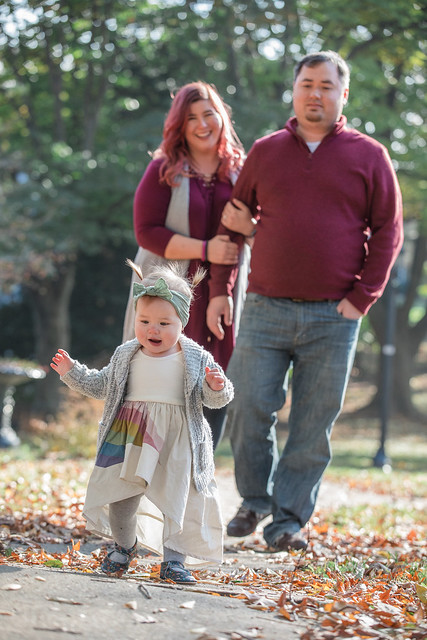 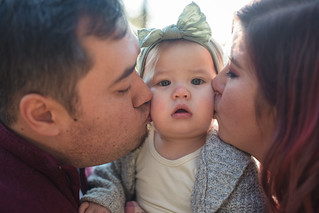 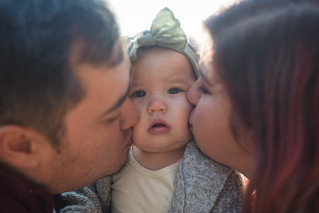 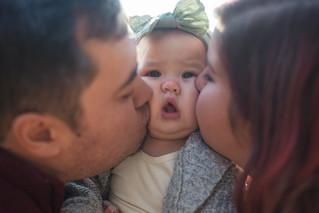 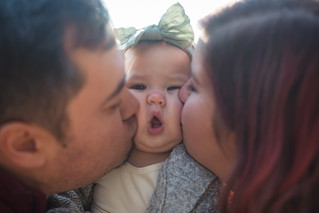 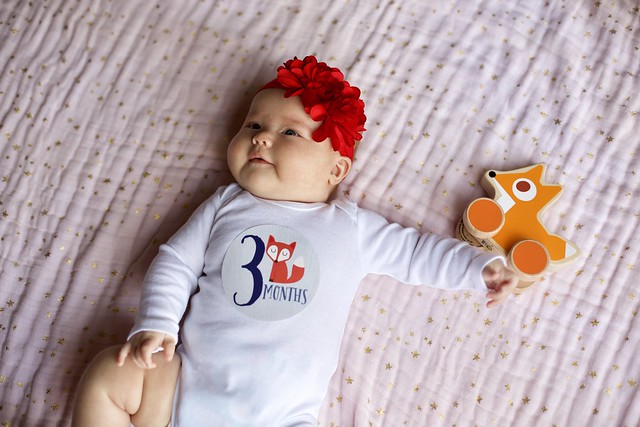 This munchkin weighs a whopping 15 pounds, 7 ounces (94th percentile) and is 24.5 inches long (87th percentile). She’s been in 3-6 month size clothing for several weeks, and depending on the brand, some of it’s already looking a little small…! Just keep your fingers crossed that she’ll make it to Christmas before outgrowing her holiday outfits!

Penny smiles all the time, and loves nommin’ on her hands, “chatting” with daddy, and sitting upright. She is generally a very tolerant and content little baby, but she does hate being stopped in the car before she’s fallen asleep, so stoplights are kind of the bane of my existence right now.

She crushes tummy time on the reg, doing these little baby pushups that makes me think we’re definitely on the road towards rolling! (Which is exciting but also terrifying because it’s just so much easier when you know she can’t go anywhere, lol.) 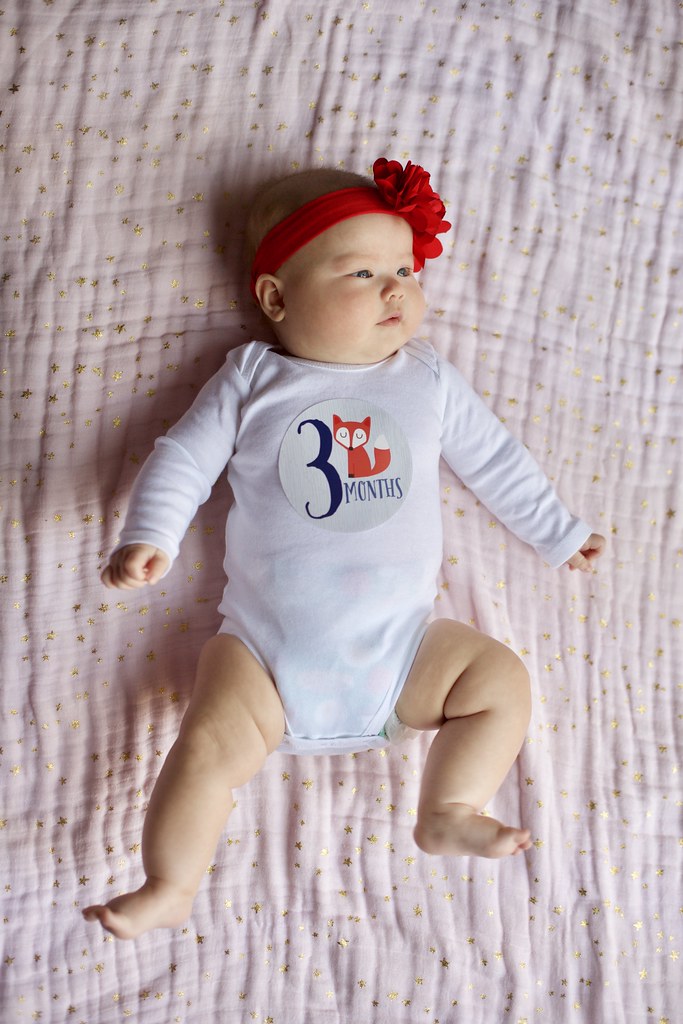 Before our Texas trip, she was sleeping six hours straight at the beginning of the night and we were getting on a pretty good bedtime schedule! The past couple of nights, of course, that’s all gone out the window since she’s still a little under the weather. But we’re both on the up and up, and I’m confident we’ll be getting back to normal-ish soon! 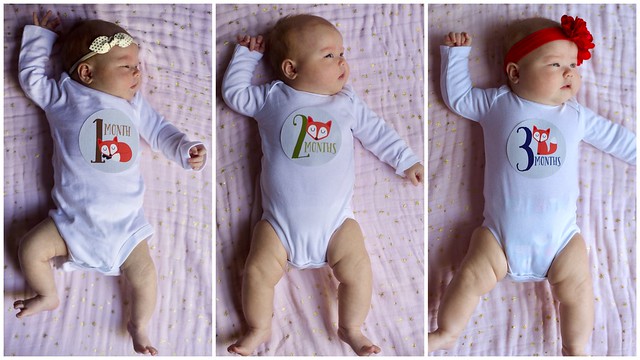 Our little moonbeam really does brighten up each and every day, and we’re so excited to be celebrating her first Christmas soon! 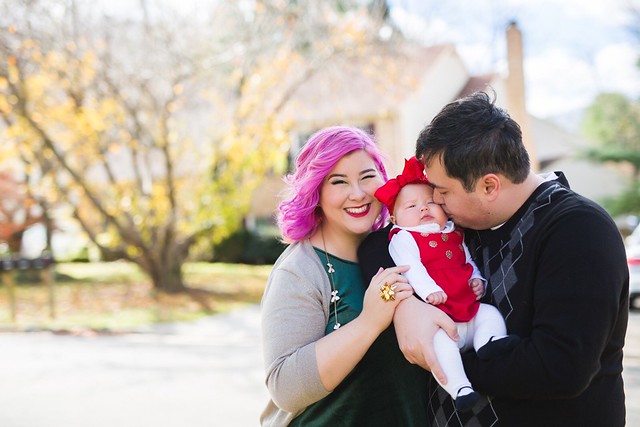 Also, we got our family photos back from Taylor & Ben and I lovelovelove them. I want to wallpaper our entire house with them. 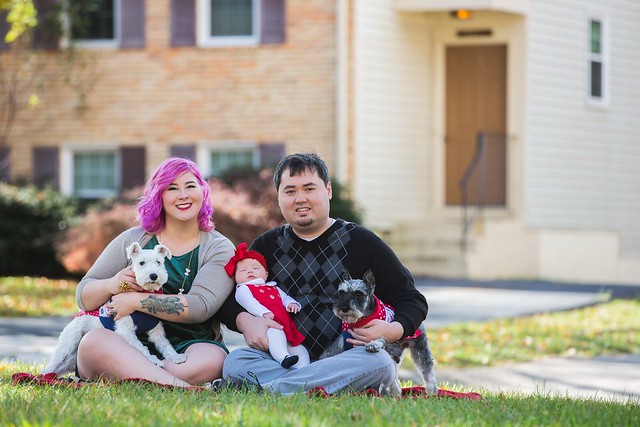 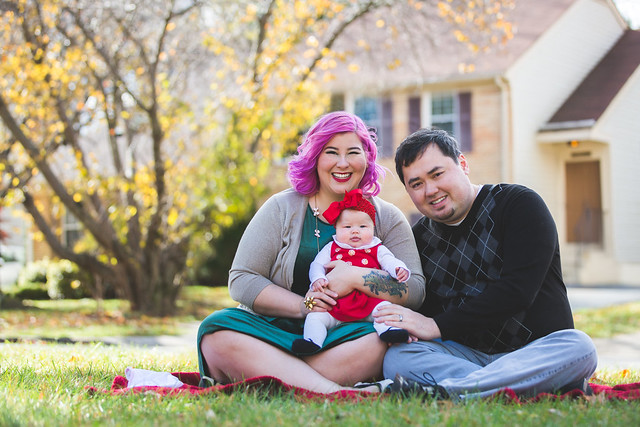 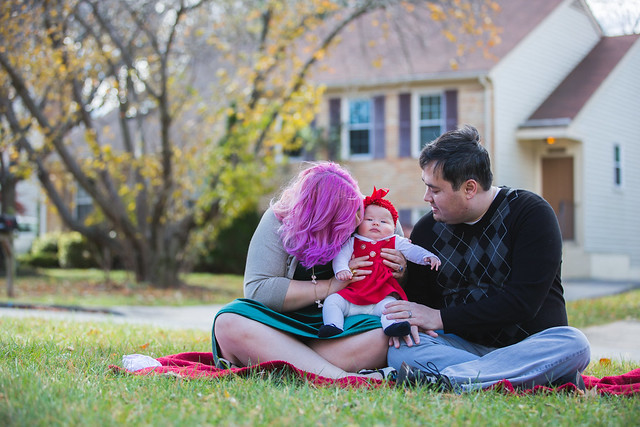 I mean, even the outtakes are perfect. Yeppppp, I am so totally one of those moms and I’m not even sorry about it. I just love our little family! 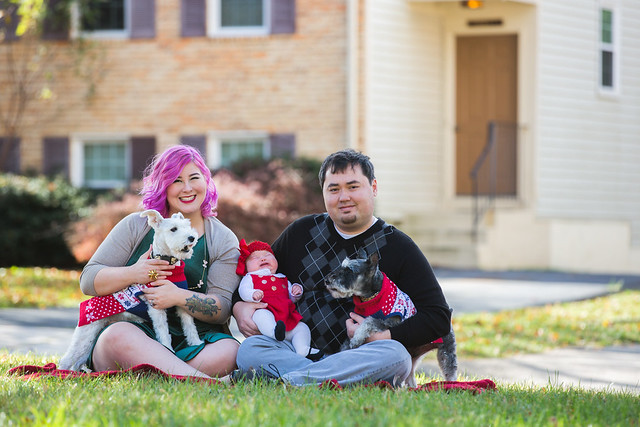 Here’s to you, Penelope, and the best three months of our life so far!