If you’ve been reading this blog for any reasonably significant amount of time, by now you probably know the following things about me:

1. I seriously love to eat.

2. I seriously love my birthday.

3. I seriously love my dogs.

4. I am otherwise rarely serious about anything.

And while I actually do have something to post about that falls in line with points 1 & 2 (because, you know, I haven’t posted enough about all the ridiculous amounts of food I’ve been consuming lately or anything), today, I shall be addressing points 3 & 5. Thus, recapping the grand birthday dinner I had with my family on Friday will simply have to wait (my mom has been out of town for the past month, so we waited to celebrate until she got back) because I have other things to report.

SO! Let’s start things off with Saturday night and the first time I cried that night. (I told you: FEELINGS.) My wonderful sister texted me earlier when I was out with Sean, asking me when I’d be home because she wanted to Facetime. Given that there is very little that we sisters cannot communicate via our wicked fast texting fingers (honestly, I think between Jenny and me we could probably beat some kinda record), I was already slightly suspicious that something was afoot. I was a little worried that perhaps my older and wiser sister had befallen the myth that you can’t get pregnant while breastfeeding and my perfect little niece Mia would be getting an Irish twin. 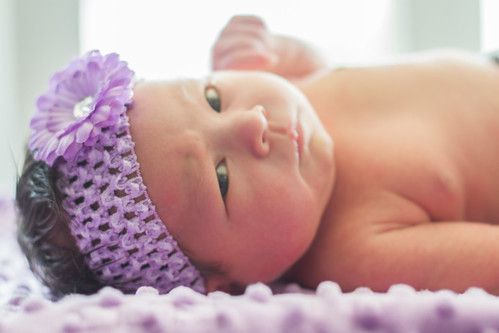 My suspicions arose further when Jenny proceeded to Facetime me within 60 seconds of walking back in the door of my house, all but proving the fact that she had been stalking me via the “Find My Friends” app. And yes, there was indeed a reason for the call, though it was nothing like what I expected. My sister proceeded to put Mia on the phone (for lack of a better image), and, in a voice that sounded suspiciously like my sister’s, just 3 octaves higher, “Mia” asked me if I would do her the honor of being her godmother.

I mean, c’mon. Do I even need to tell you that this is when the waterworks started? 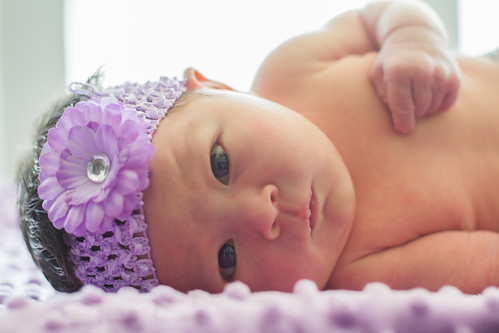 Pull yourself together, woman.

I managed to utter a garbled “Yes!” between sobs of happiness, and then proceeded to watch my sister feed Mia prune juice through an eyedropper 1,400 miles away (TECHNOLOGY!). It was really a very special moment… up until the part where, y’know, she spit up prune juice. Which, coincidentally, also happened to be the part of the evening where I discovered the remnants of a VERY THOROUGHLY DESTROYED packet of Orbit gum on the stairs of my house. Which brings us to our second emotional point of the evening.

Caught in the act.

Oh, the joys of dog ownership. On a routine basis, you might find your dirty underwear strewn about the house, food wrappers fished out from the garbage, or a panic poop in the basement. At least they generally have the decency to act guilty/apologetic about it, although in this particular case Harry didn’t seem to think anything was amiss. Daxter’s guilt, on the other hand, was evident–he does this automatic ears-back rollover thing that is so cute you automagically forget why you’re mad (see above picture). I didn’t think too much of the incident, seeing as how my dogs have eaten a lot worse things than a couple sticks of gum, IMO (like the time Harry ate half a FILET MIGNON off my end table, or when Daxter polished off half a bag of Fizzing Whizbees from Harry Potter World…). In fact, I thought it was funny, and so I posted about it on Instagram and Facebook.

And it was kinda funny. That is, until I started getting flooded with messages about how sugarfree gum–like Orbit–contains an artificial sweetener called xylitol. And xylitol, unbeknownst to me, is really, REALLY toxic to dogs. Like, not just like “Oh, you probably shouldn’t feed that pizza crust to your dog because they don’t digest wheat as well as humans”-bad, but “Well, now your dog’s blood is being flooded with a huge amount of insulin and his organs are probably going to start failing within the next thirty minutes and HE WILL DIE”-bad.

Yeah… so, in hindsight, I’m gonna go ahead and say that Googling “xylitol dogs” really didn’t do much to help the situation. Enter: Phase 2 of crying (and this is, clearly, not the good kind of crying).

Anyway, needless to say, at this point I am FREAKING THE EFF OUT. Harry and Daxter weren’t exhibiting any strange behavior, but since we didn’t know A) how much gum they actually ate or B) which dog even did the eating, I knew it was better safe than sorry and there was no question as to what to do. Sean and I threw both dogs in the car and zoomed off to the emergency vet. Which, of course, considering my dogs’ proclivity for bad things happening to them, is a route I know all too well at this point. 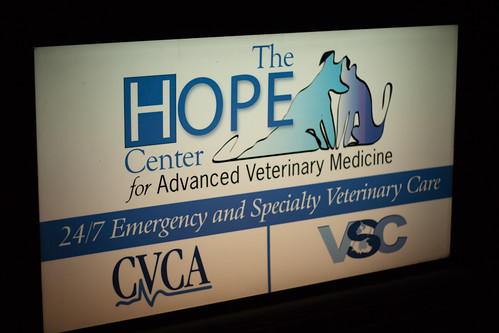 We got to the vet, I explained the situation (in tears), and they immediately took both dogs into the back to check them out. Meanwhile, I learned that there is an animal poison control hotline that I needed to call (still in tears). They asked me a bunch of questions as to exactly what was ingested, and what the worst-case scenario was in terms of how much gum they ate. Thankfully–THANKFULLY–it turns out that Orbit as a brand has low xylitol amounts, and even if one of my dogs <25 lb. dogs had eaten half a pack (7 pieces), they likely would have been okay. At this point, the vet had already made both dogs throw up, so I did find out that Harry was the sole culprit in terms of actually consuming the gum (though Daxter had a field day with the cardboard wrapper, which I guess explains why he was acting guilty?) but I could take them home that night. I would just have to monitor them for signs of hypoglycemia and my regular vet would likely follow up and want to run some blood tests. 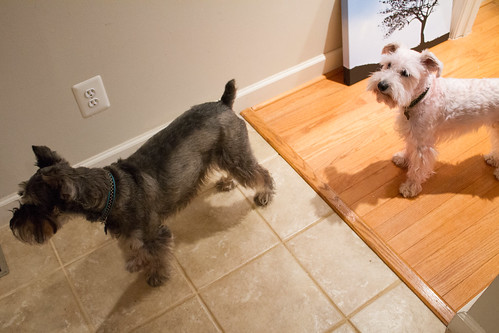 And nobody at the clinic even commented on the fact that Daxter is still pink.

All in all, I realize I got pretty lucky: There were only a few pieces of gum left in the pack, and I have some VERY thoughtful friends and blog readers who alerted me to the danger quickly. Because, honestly, if they hadn’t told me, I might never have known! Although I guess if we’re going that route, I also would not have known if I didn’t constantly exploit my dogs via my various social media channels. So clearly the lesson here is: Post everything about your life to social media!

Oh, c’mon, I kid, I kid. In truth, I really have learned a valuable lesson about the dangers of anything that contains xylitol (which is mainly sugarfree gum, but also some jams, jellies, and baked goods) when it comes to my pets. And to me, the peace of mind in knowing that both my furbabies are okay was worth the outrageously high vet bill… and I say that only, like, 40% begrudgingly.

So there you have it. One Saturday night, MORE than enough emotional roller-coastering to last me until at least the end of the week. Whew. I am emotionally drained just having rehashed the experience for you guys.

Have you ever had a pet medical scare? I feel like at this point I have had more than my fair share with both dogs… It’s all worth it, obviously, but still. Oy.