Oh hai there! I meant to get this posted this morning, but you know, Mondays. 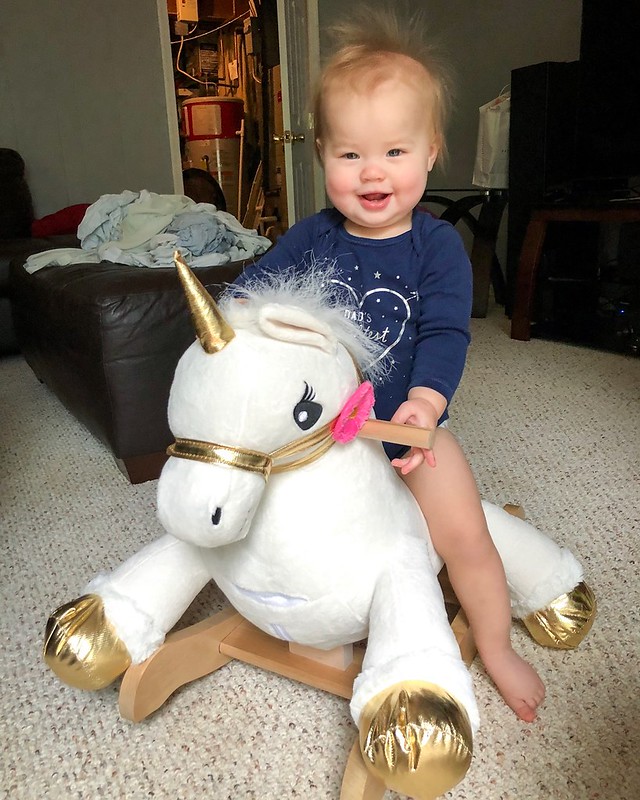 This past weekend was a perfect blend of super busy and super chill — my favorite kind! Sunday we basically did nothing and that happens so rarely, I really soaked up all of the laziness. Saturday, on the other hand, was an awesome blur of meeting up with old friends, working a local festival for Yelp, all with my favorite little sidekick in tow! 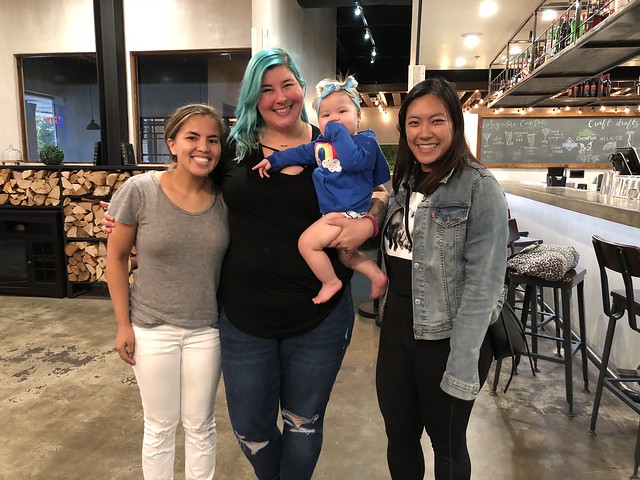 Penny and I headed to one of my favorite Korean restaurants to meet up with my friends Megan and Steph — we all went to high school together in Taiwan! Steph lives in NYC and was in town for a friend’s wedding (Megan is local so we see each other more often), and it was such a pleasure catching up. Though, I dunno, I don’t really think we’ve changed that must since high school, do you?

After our delicious meatsweat-inducing lunch (wherein Penny ate ALL of the sesame beansprout banchan), we headed to a local festival where we had a special Yelp area set up inside of an empty storefront. Unfortunately, the glum and rainy weather made the festival a bit of a dud, but our room was pretty hoppin’ at least! And Penny was very popular as our unofficial Yelp mascot. 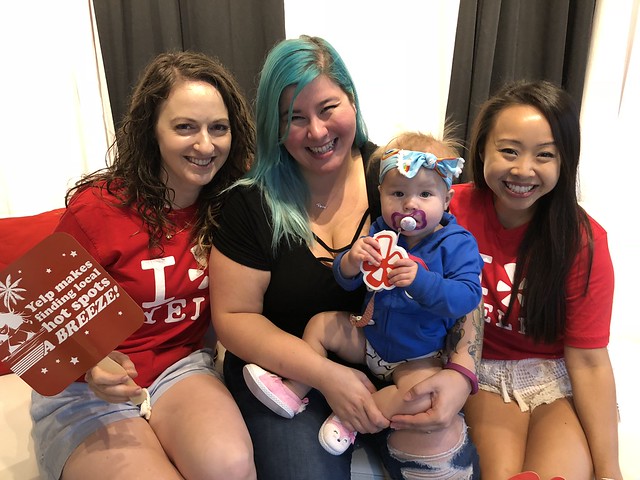 And before any of that even happened, we had a bit of an exciting morning (well, exciting for me, at least), as Penny seems to really be mastering being able to stand independently! 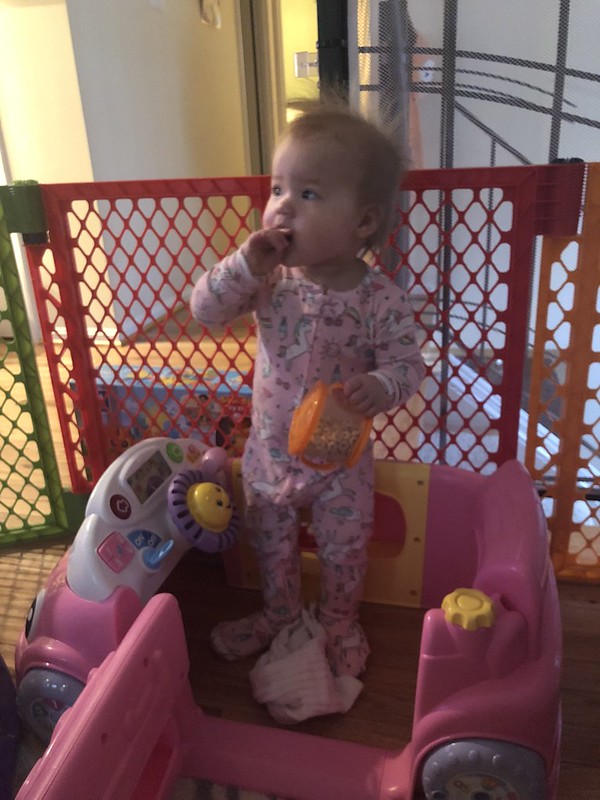 It takes all of my willpower not to scream with delight every time she stands, because when I do so it scares her and she immediately sits down. Hopefully (?) walking is right around the corner! 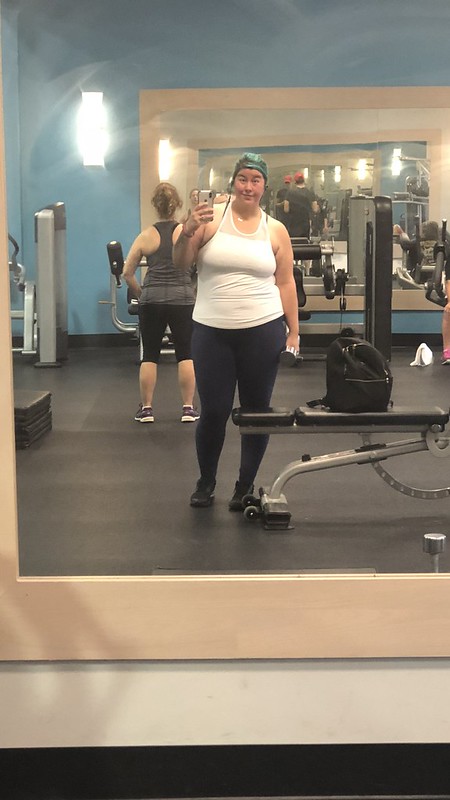 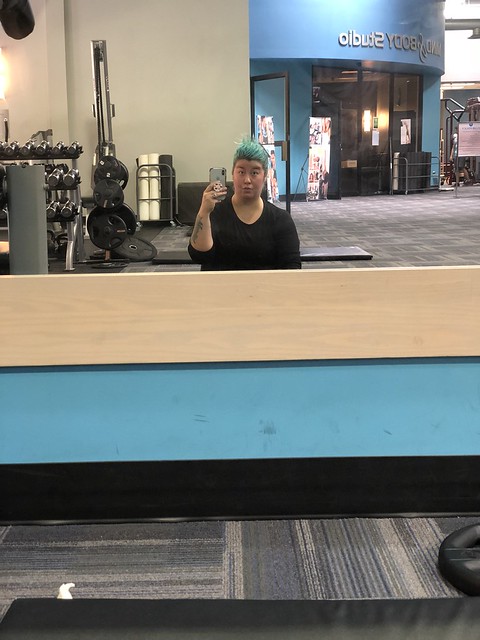 In other news, I had my first official personal training session at the gym last week, and she ran me through the ringer. She taught me some new moves that I’ve never done before, like goblet squats, and also gave me variations on old moves, like dumbbell curls and presses with one leg up, deadbug crunches, and stuff like that. She also encouraged me to use heavier weights than I ever do on my own, and I was surprised by the weights I was able to use!

I did the workout again this morning and somehow managed to push myself even harder than I did when working with my trainer (probably because she was taking the time to teach me the moves, versus me just running straight through the set), and I’m almost ashamed to admit how sore I already am. Maybe I really was lifting too heavy? I usually am most sore on the 2nd day, so I don’t even want to think about how I’m going to feel tomorrow… and the day after. -_-

I wanted to get in a couple more days of working out in before the hurricane potentially hits us later this week, but I’m not sure if I’ll be able to much more than wince and stretch, lol. 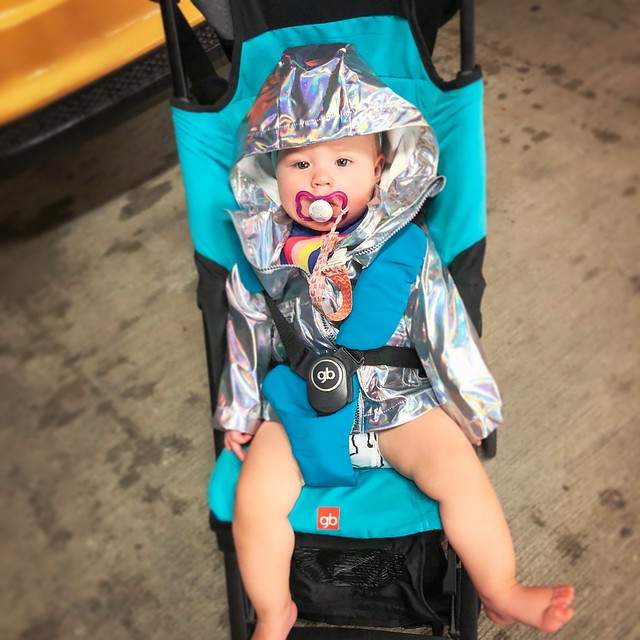 Speaking of the weather, it’s been rainy, wet, and gloomy for the past several days, and it certainly doesn’t look like that’ll be letting up anytime soon thanks to impending Hurricane Florence. I went to the store ahead of the crowds and stocked up on some staples — I used to make fun of the people buying up milk before big storms because I just didn’t get why you would prioritize milk! But now I get it. Those people have kids. Penny goes through milk SO quickly now that we’ve transitioned her to whole milk, it’s insane. Saving money on formula but at the cost of our fridge space, haha. 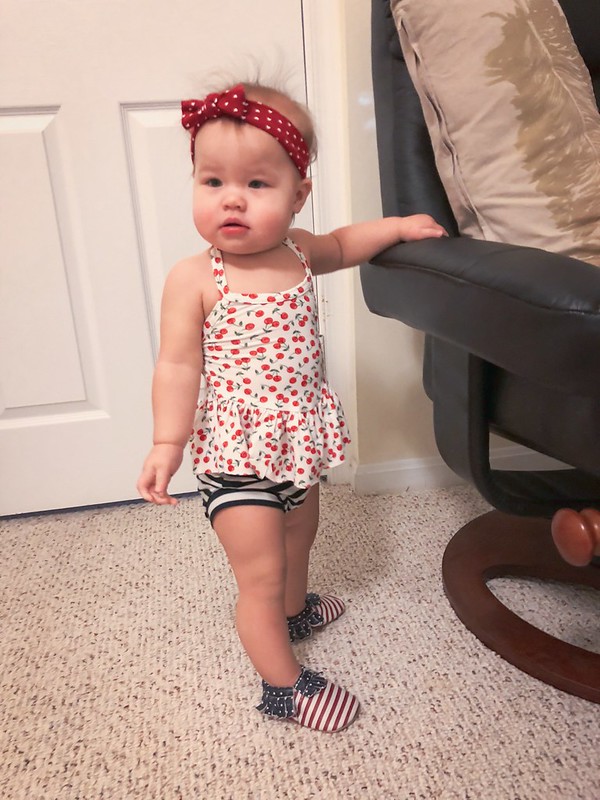 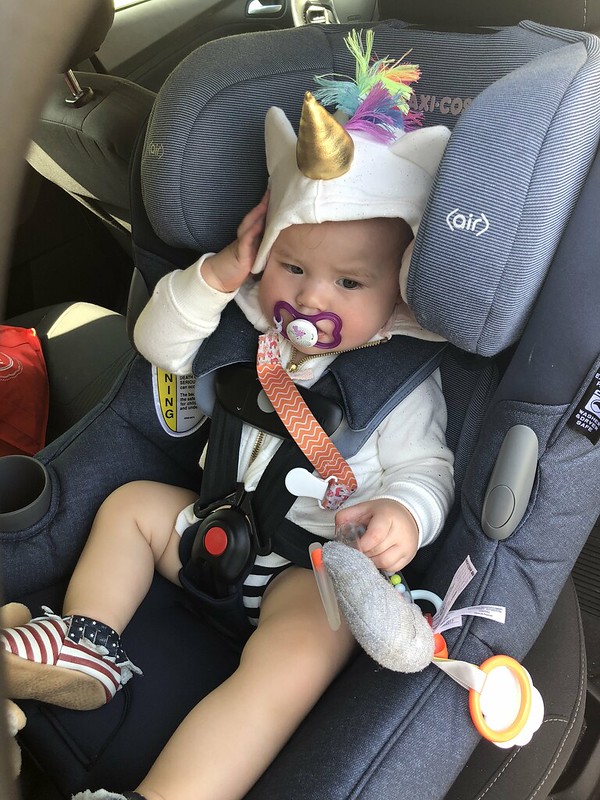 Natural disasters aside, Autumn is my favorite season, so I’m definitely not upset with the cooler temps. I am just a little wistful that I still have so many cute summer outfits for Penny that she has yet to wear! I’ve still been putting her in them and then just throwing a hoodie over top, hahaha.

And that pretty much catches us up! I’ve been feeling really tired lately, so I’m worried that I’m on the verge of getting sick, which is not something I can afford right now. Between all my travel, and then Penny’s birthday and party, I really feel like I’ve been slipping work-wise, and so I’m trying very hard to put my nose to the grindstone and reprioritize that. Life as a working mom is a constant balancing act, and there really never do seem to be enough hours in the day! There’s probably a whole other blog post in that single sentence though, which if I’m already complaining about not having enough time, I certainly don’t have the time to dig into it right now. So I’ll save that for another time and, for now, bid you adieu!