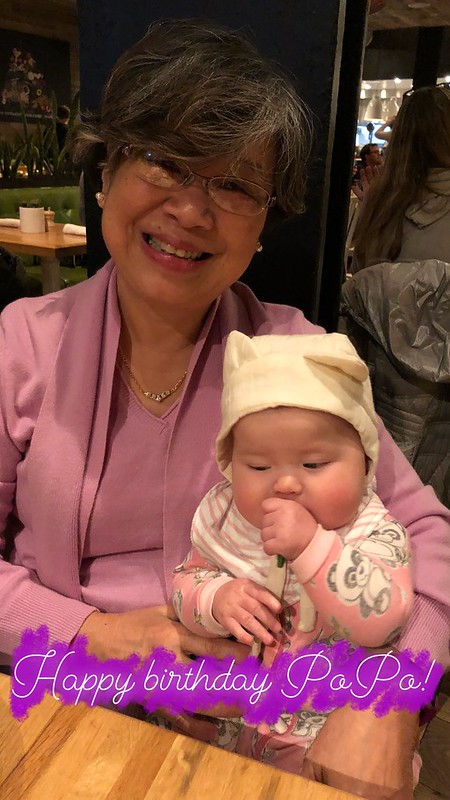 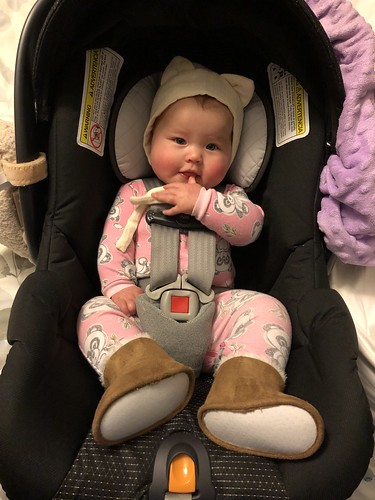 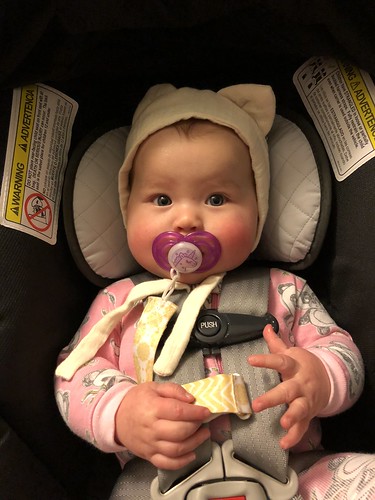 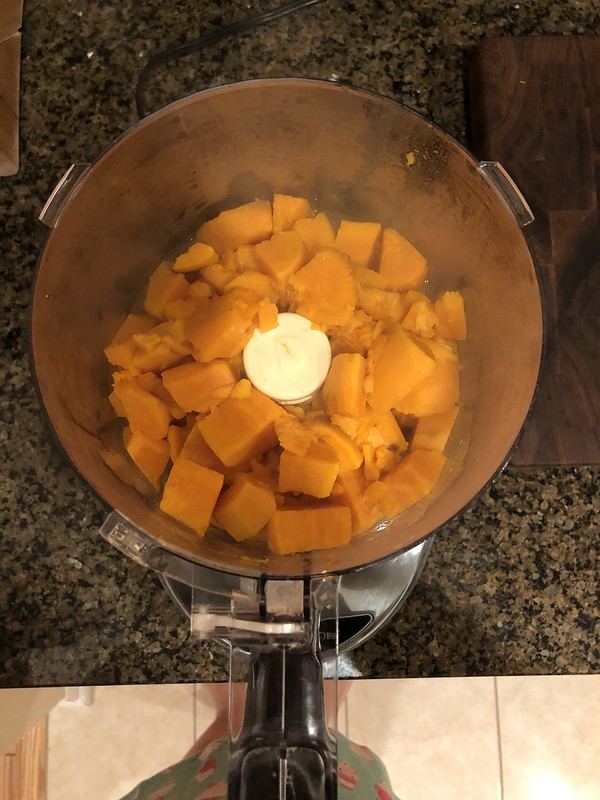 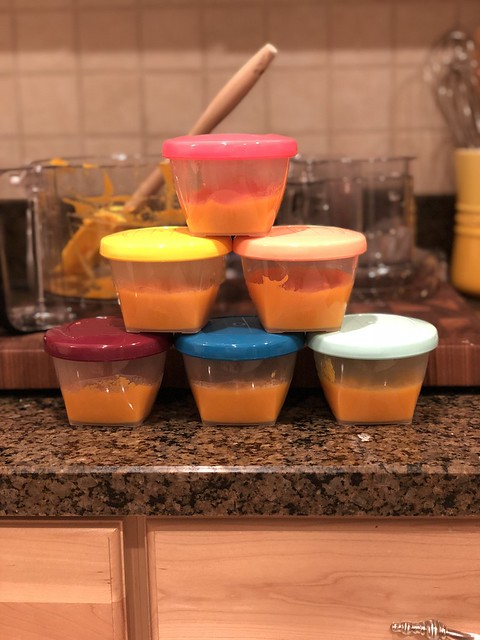 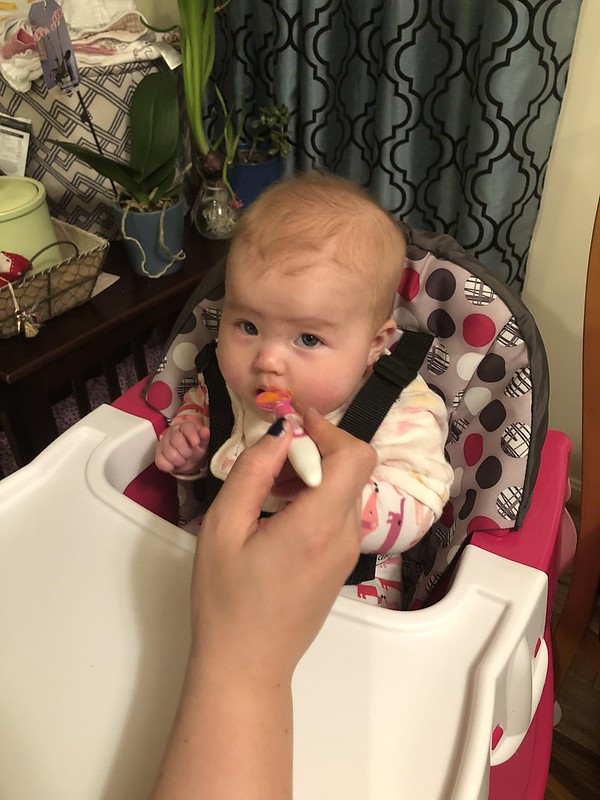 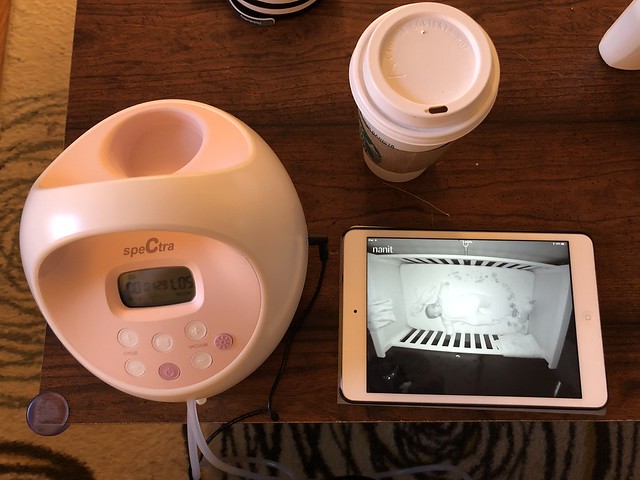 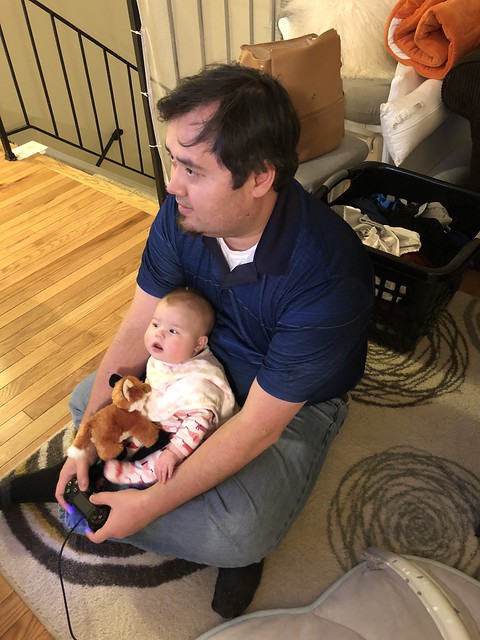 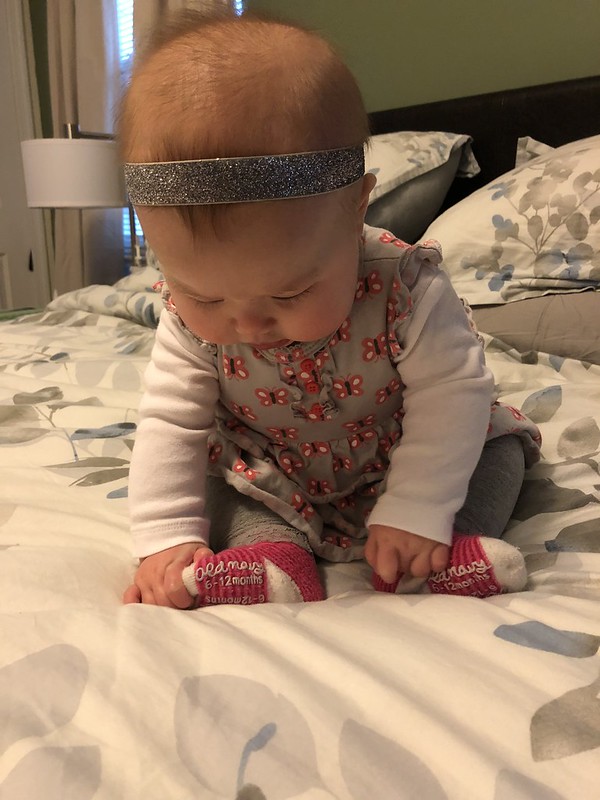 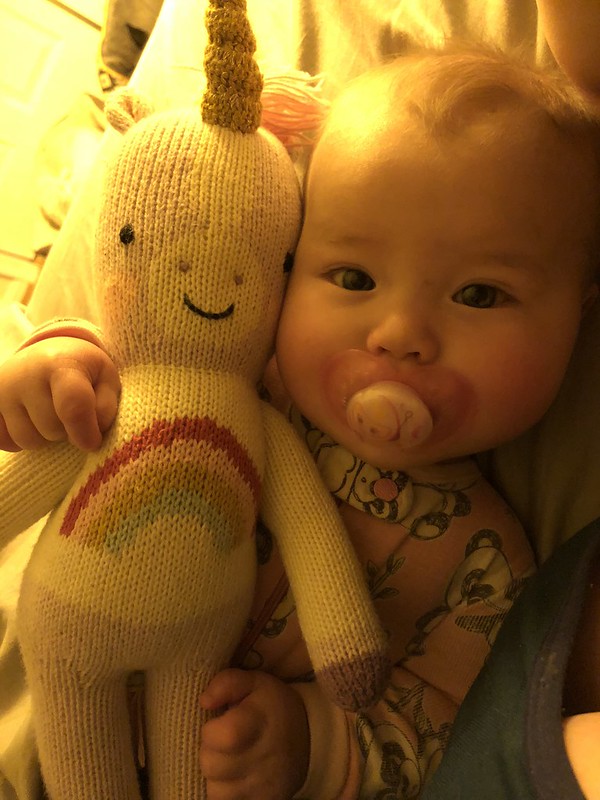 I hope everyone had a great weekend — mine fell 100% into the productive vs. relaxing weekend category, and I’m not mad about it. My lifted mood from last week is still going strong, and is helping me stay motivated in continuing to declutter our home, figure out my schedule, and generally just get my life in order! I feel like I accomplished a ton, from cleaning to childcare to cooking (I’m making a big concentrated effort to plan meals more and eat out less as part of both my weight-related and finance-related goals, lol), and I’m feeling pretty good going into this week. 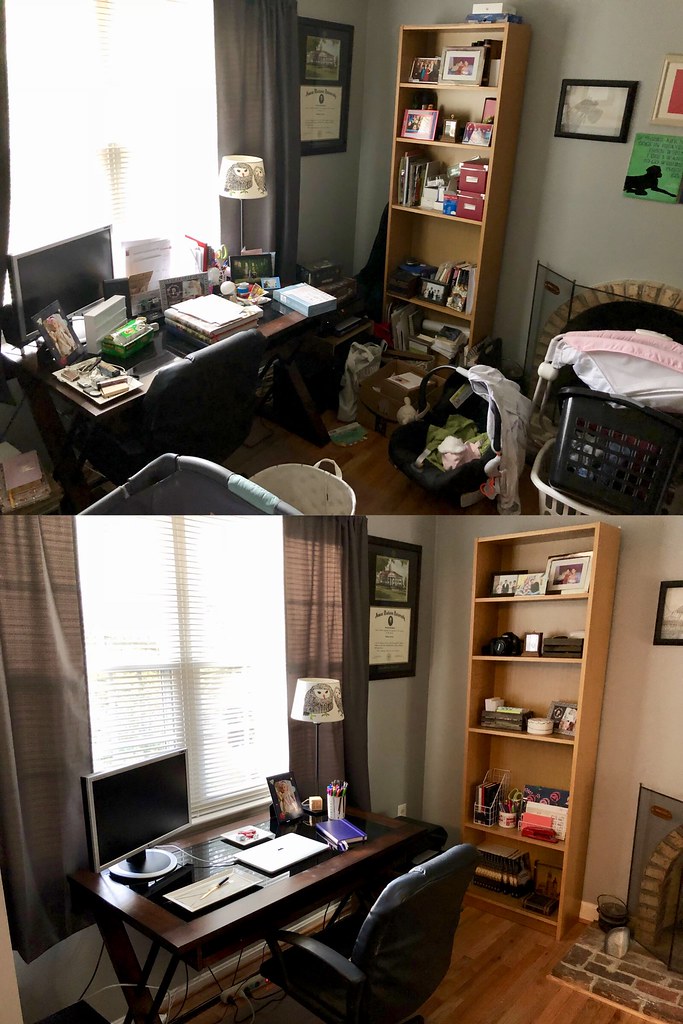 I was able to check another area off of my KonMari to-do list: my office! As you know, I work from home, which up until this point has meant working from my coffee table because my desk had just become one giant catch-all for random crap. Thankfully, that’s no longer the case anymore, and I can look at my workspace as a place to actually get work done now. Huzzah! Penny is clearly very excited about it: 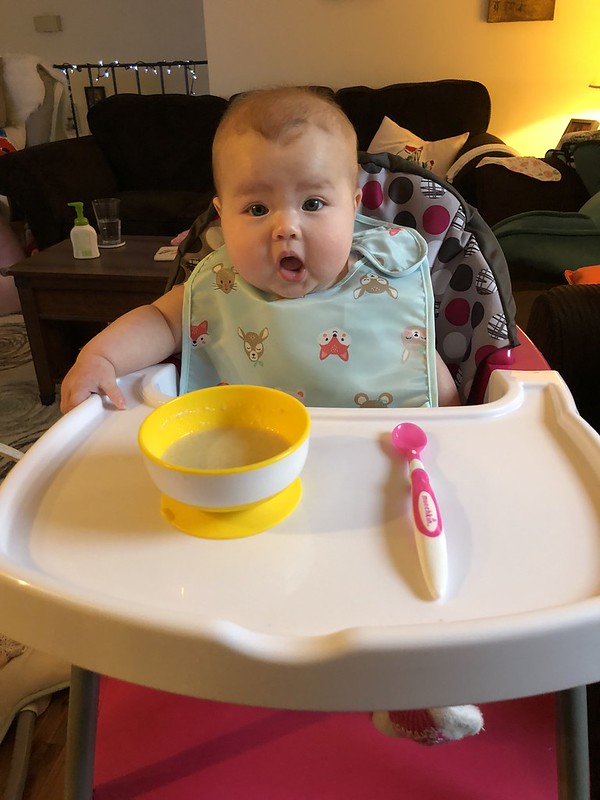 Okay, okay, maybe her excitement isn’t stemming so much from my recently decluttered office, but the fact that she started solids yesterday!! Upon her pediatrician’s recommendation, she had her very first taste of baby oatmeal yesterday. We followed instructions to mix 1 tbsp of oatmeal with 4 tbsp pumped breastmilk for a super runny consistency since it was her very first time.

And while she was a but confused upon first bite… 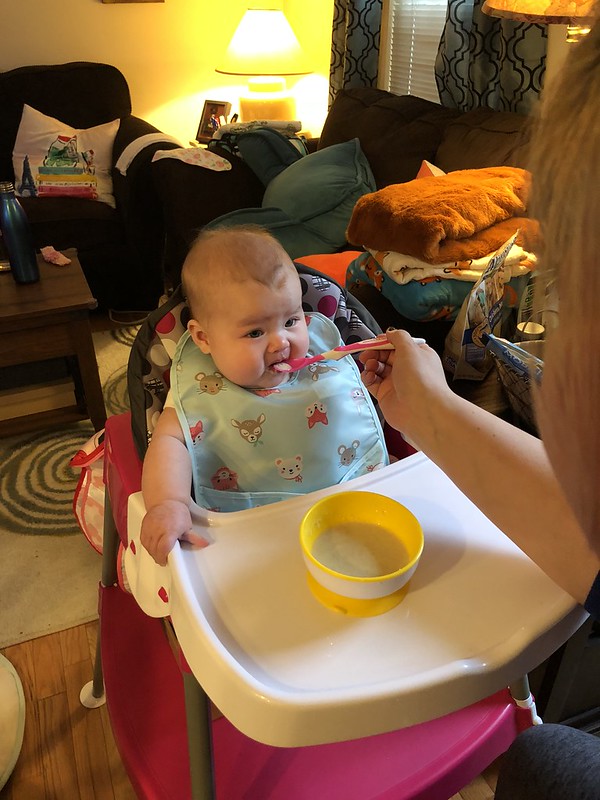 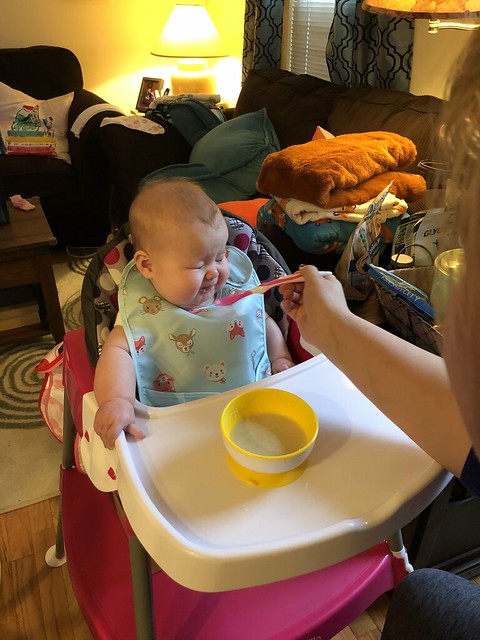 She ended up getting really into it! She took to the spoon very quickly, didn’t push it out or turn away, and certainly didn’t seem to have any trouble taking her food down. 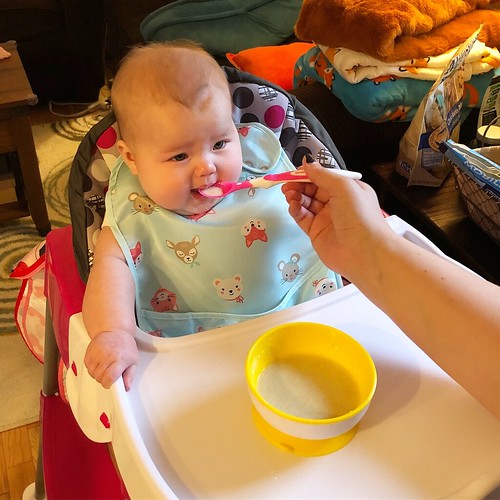 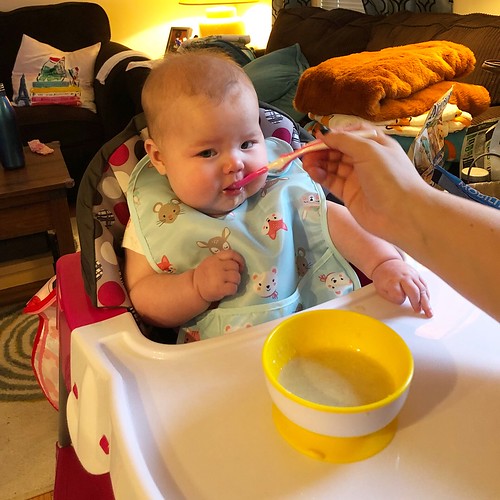 She ate the whole bowl! She really is my child. 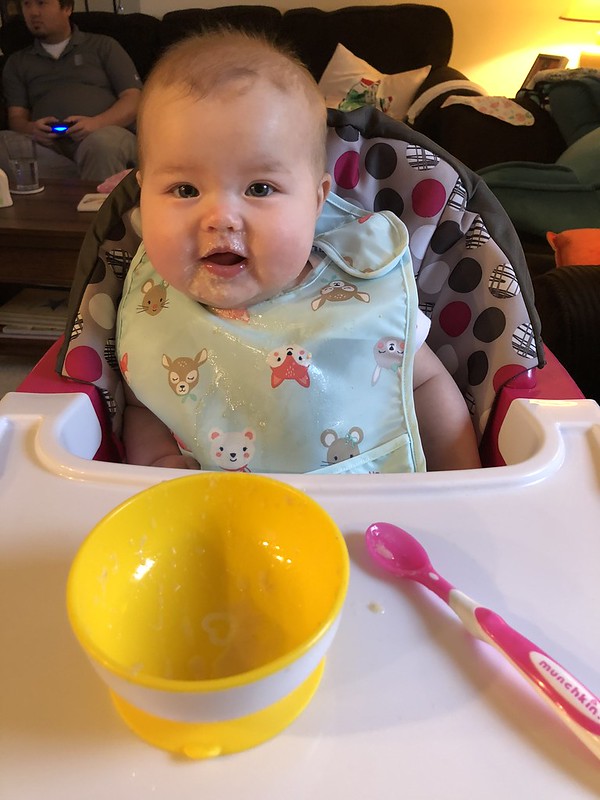 Lol, she just looks so satisfied with herself! I’m sensing we’ll also be seeing more baths in her future now that we’ve hit this particular milestone… and not gonna lie, I’m not looking forward to how this is going to change what comes out from the other end now, hahahaha.

But I AM excited to be able to get into making other foods for her now that this went so well! I’ve already got some sweet potatoes, so I think that’ll probably be her first “real” food, as we continue having fun with the baby oatmeal as well (and lowering the ratio of oatmeal:milk as she gets better with the texture.) And from there? Sky’s the limit! It’s a whole new world of flavor and texture out there for Penny now!

What was your baby’s (or your!) first food?

I think mine was bananas. My parents tell me that it was my first word, too! Baby Gretchen must’ve loved her some ‘naners.