Back in March, a friend let me know that a traveling photographer was coming relatively close (Fredericksburg, VA) and was doing unicorn photoshoots. Yep, you read that correctly. UNICORN. PHOTOSHOOTS. A PHOTOSHOOT. WITH. A UNICORN.

Okay, fine, so it’s a horse with a fabric horn on top of its bridle. Still, I’m not sure if I’d ever gone from hearing about something to purchasing something faster. I booked a session with my own little unicorn for May, planned out our outfits, and anxiously awaited the day of our shoot. 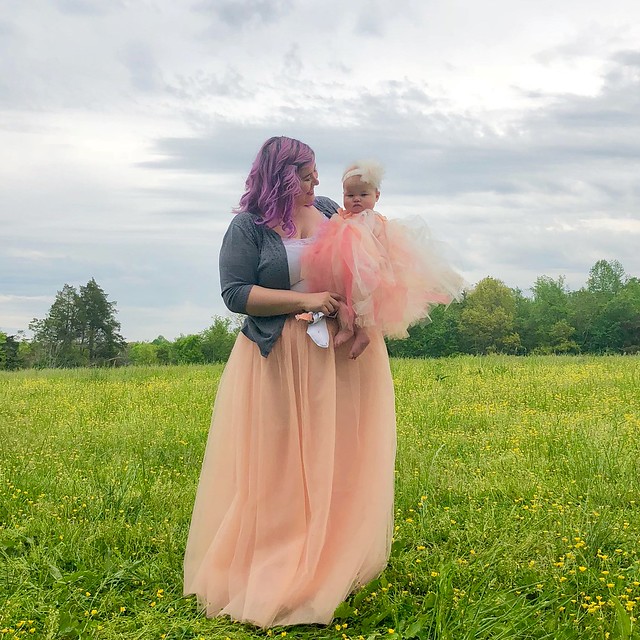 Fast-forward a couple of months, and the day was finally here! I piled Penny and our outfits into the car and drove the hour+ to the photoshoot site (with me being super thankful that Penny is such a good car-sleeper, lol.) Once we arrived at the farm where the shoot was taking place, Penny and I got dressed and ready for our closeup with Teapot the Unicorn (I did my hair & makeup before we left the house.) And it went pretty smoothly, considering I was dealing with an eight-month-old baby who had no idea what was happening or why I was making her wear a hundred thousand yards of tulle. 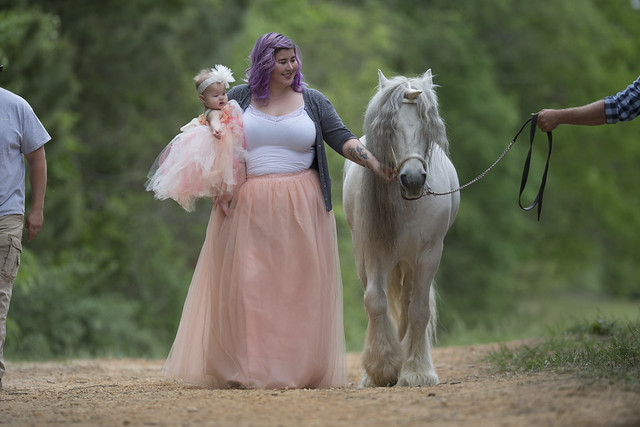 There’s a lot of people that actually end up in and around your photos, especially you’re dealing with a live animal, babies/kids, and the kind of rapid-fire mini-sessions that this whole photoshoot entailed. So, of course, I knew that most of the real magic was going to happen thanks to some editing software, but above and below are examples of unedited photos (horse lead, assistant’s hands, and giant horse penis included hahahahaha): 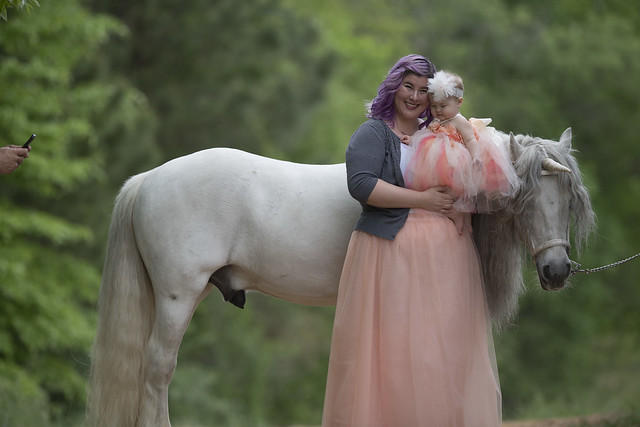 Penny was SUCH a good sport, really, only getting fussy and upset at the very end when she got tired (our actual shooting time was only like 15 minutes, but there was a good bit of waiting around.) Things were so go-go-go right when we arrived that I realized I hadn’t taken a photo of her solo in her dress, so I tried to take one of the crumpled mess of tulle it had become before taking it off to go home, lol, but she was D-O-N-E. 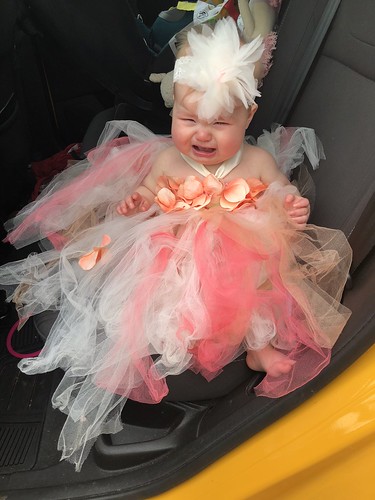 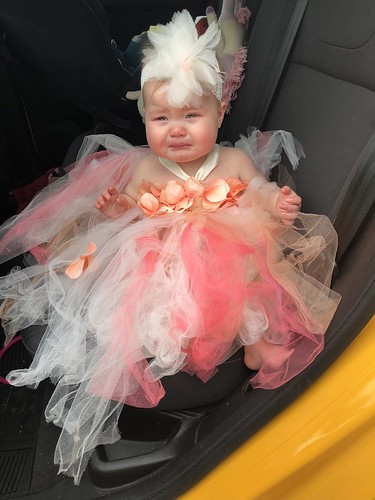 We went home and awaited the results of our photoshoot with even MORE anticipation. I knew that we had to have gotten SOME good shots, even with Penny looking all over the place. Alas, it would be another solid month before I’d get to see the proofs from the shoot, and another 6 weeks before I got the final photos in hand (and that’s after paying for rush delivery, lol). I tell ya, having a pair of professional photographers for a brother and sister-in-law has really spoiled me! 😉

Anyway, all that waiting was well-worth it, as I finally received the finished photos last night and I JUST– I DON’T– I CAN’T EVEN– I– I– I– I mean, just see for yourself: 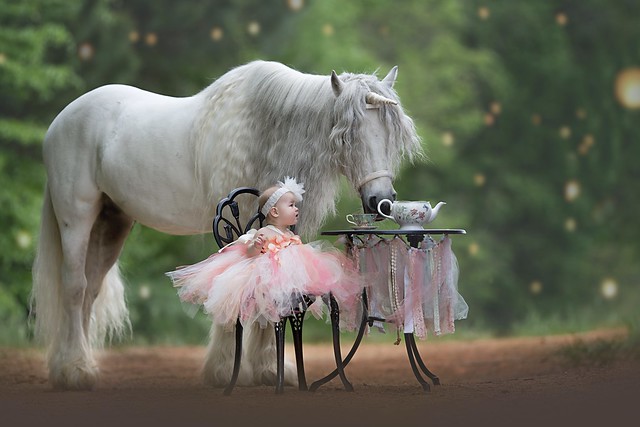 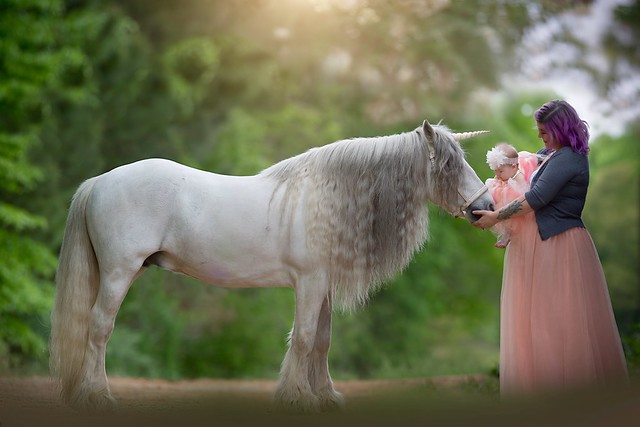 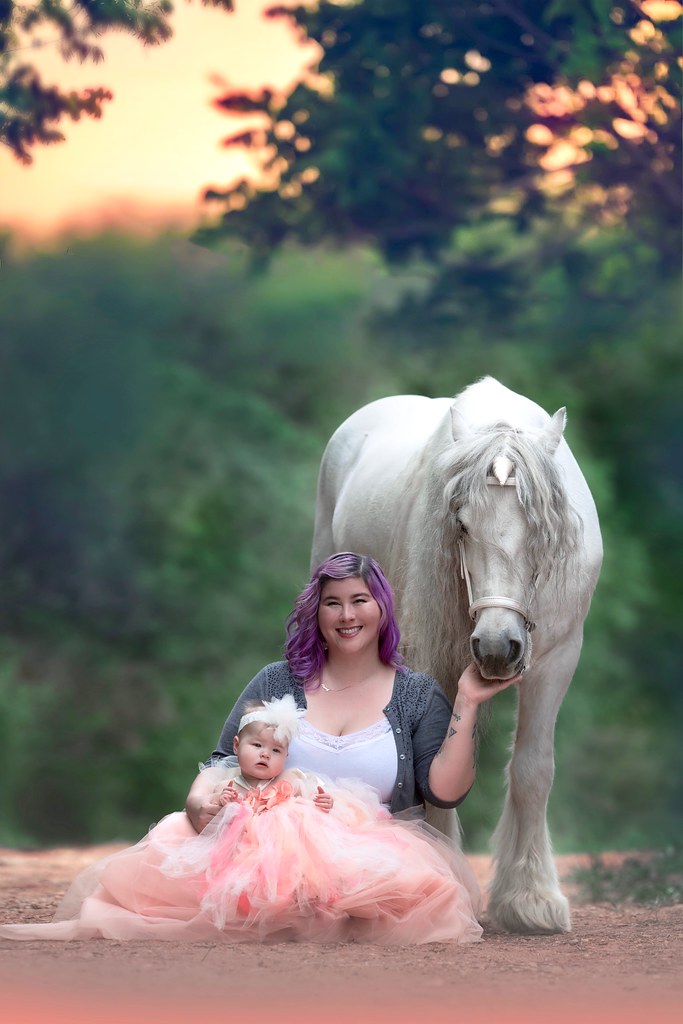 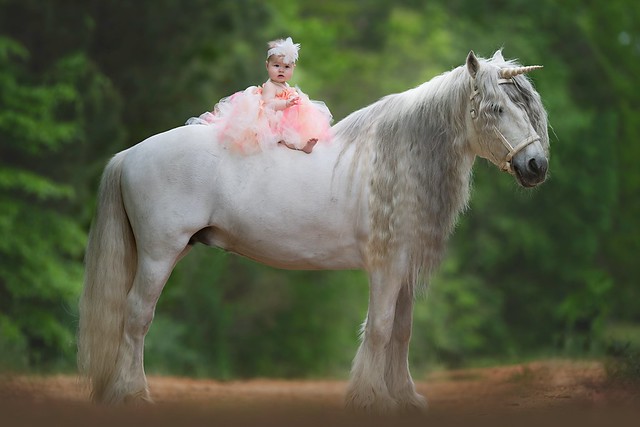 The package I purchased from the photographer included 4 fully edited photos and 5 additional, unedited shots. I had to parse through every single shot taken at the shoot (over FOUR HUNDRED OF THEM for us alone!) to decide which ones I wanted, and ended up choosing the above four for the full editing treatment. Then below are two more of the unedited shots they handed over to me, that I edited on my own. I may not know how to photoshop things out of a picture, but it’s pretty amazing what some well-intentioned cropping can do! 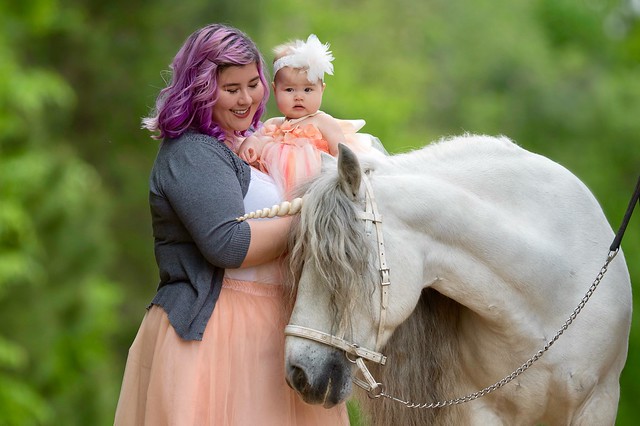 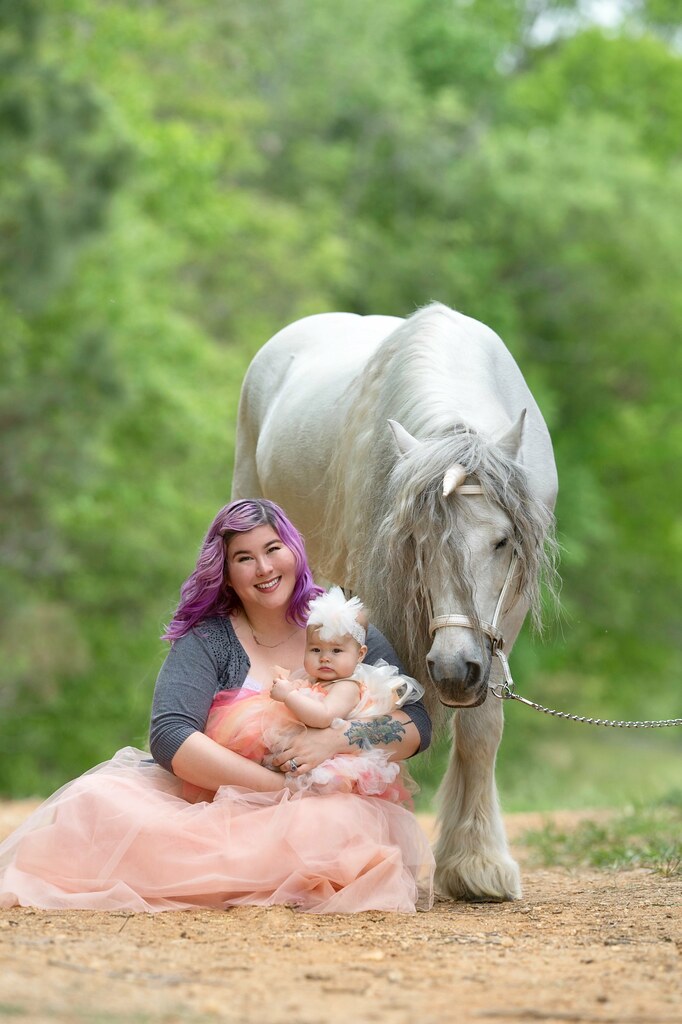 I have to admit, the particular photography company that offers these shoots isn’t the best at handling their communication, and all the waiting with no updates did kinda blow, but I’m obviously very happy with the final result. And believe me, I know how extra it is to have a unicorn photoshoot with your baby… but I mean, c’mon guys. It’s me. ARE YOU EVEN SURPRISED?

I can’t wait to get a really nice canvas print of one of the shots of Penny for her room. But which one do I even choose? Magical Unicorn Teaparty or Cavalry Penny?!