So yesterday I watched a couple of episodes of TLC’s new show My Big Fat Fabulous Life, which debuted last week. The show centers around Whitney Thore who, at 5’2″ and 380 pounds, reached internet notoriety after her “Fat Girl Dancing” video went viral on YouTube, in which she gets diggity down to a Jason Derulo song.

The show seems, at least thus far, to be trying to focus its gaze on Whitney’s venture into teaching dance classes, losing weight, and loving herself unabashedly along the way. Definitely three things I can get on board with, especially since as far as I’m concerned, girl can really dance! She’s also pretty funny, has a vibrant personality, and I do think that she makes for good TV.

Of course, as with most shows on TLC, I find myself a little bit torn about how I should “feel” about it. On the one hand, I appreciate the show’s attempts to portray an obese woman (relatively) honestly on her quest to live her life doing what she loves (dance) and get healthier without a specific focus on weight loss (though that is something that Whitney says she does want to achieve.) I also appreciate that she offers a frank portrayal of the difficulties she has being obese (chub rub, she has to have her mom help shave the back of her legs for her, etc) while not being apologetic about it. 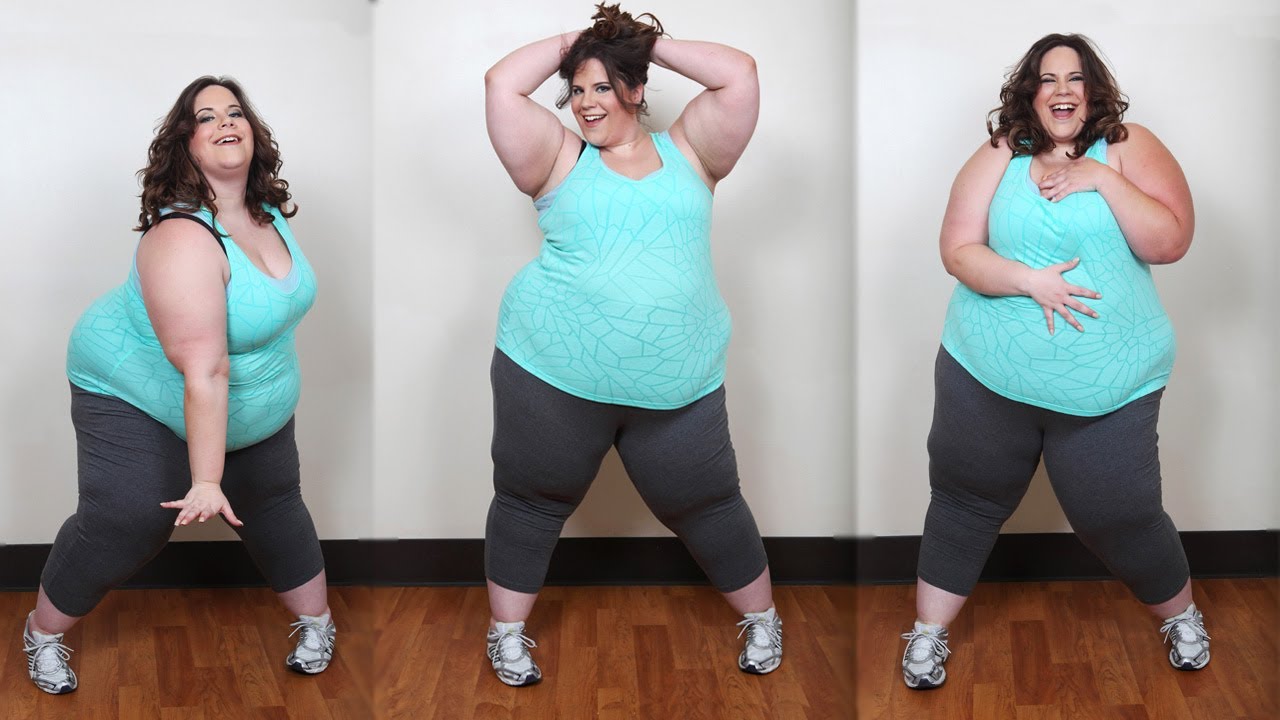 But on the other hand, there’s also something, I don’t know, not quiiiiite right in the way that the show shapes its message. Whitney has Polycystic Ovary Syndrome, something that I admittedly know very little about. I understand that it can cause sudden weight gain and make it very difficult to lose weight, in addition to a myriad of other symptoms, and I don’t doubt that it has had a very serious impact on Whitney’s life. However, at least within the first few episodes, I feel like the PCOS thing is continuously shoved in viewers’ faces. Like, “Just so you remember, Whitney has PCOS! Her weight isn’t her fault! Don’t forget!”

There’s also the fact that the show does seem to focus on some of the more ridiculous (for lack of a better word) occurrences in Whitney’s life. I guess this is an argument that you could make about any kind of reality TV, to be fair, since these things tend to make for better TV. But when the show is spending so much time focusing on things like Whitney’s pants splitting at the grocery store, taking her measurements but the tape measure is too small to fit around her, trying on heels at the mall and almost toppling over… it still feels a lot like making fun.

Overall, I do think the show has a lot of good going for it. I try to take all reality TV with a big grain of salt, but for the most part, I do like this one. It helps, of course, that Whitney’s got a really likable persona — she really is pretty fabulous! And even with the skewed lens that TLC might be filming the show through, I can still appreciate its messages about self-acceptance, body love, and encouragement to those beginning their health journeys.

For me, the real heart of the show is in its portrayal of how Whitney has been treated due to her size. The show really shines light on the culture of fat shaming that we live in (something you can also pick up on in about 0.043 seconds of reading the comments on her YouTube dance video). In Episode 2, Whitney is walking out of a store with her friend, when a guy in a car stopped at a light calls her “Shamu.” In the same episode, she and her friends read hateful comments about her from folks on the internet, which say things like, “You should lose weight and then dance, not the other way around!” To which Whitney responds, “How am I supposed to lose weight if I can’t exercise?!”

And there’s the rub. America wants it both ways: we’re to lose weight, be healthy, and stop being the lazy fat asses we obbbbviously are, but ehhhh, nobody really wants to see it. We need to make like Monica on Friends and somehow magically lose all our weight in secret. (As a sidenote: I’ve been rewatching Friends since it’s been put on Netflix, and while I’m still in love with like 99% of the show, including the total lack of internet and shocking number of denim overalls worn, I gotta admit I don’t really love the Monica-was-fat jokes anymore. Go figure.)

Anyway… I recognize that I am super lucky to never have experienced outright hatred or animosity because of my size. Granted, given the fact that I put my entire life out here on the interwebs, I have experienced my fair share of anonymous comments and concern-trolling, but I’ve never been laughed at to my face. I’ve never had to deal with people gaping in awe at my girth. I’ve never felt outright discriminated against because of my weight. I’ve never incited commentary from random strangers out in public.

That said, I absolutely still feel the effects of our fat-shaming culture. We live in a world where people actually think it’s not okay to love yourself if your pants are over a certain size. Where people feel free to comment on your body and your choices because “it’s not healthy” and they’re “concerned.” Where if you are overweight and aren’t actively trying to change that fact, to lose weight, to slim down, you’re lazy and a “bad role model.”

We live in a culture where one of the worst things you could possibly be is fat. Far worse than being stupid or unsuccessful or mean or selfish is being fat. Which is why, despite the fact that it may still be working out its kinks, watching My Big Fat Fabulous Life made me pretty happy. It’s chock-full of positive messages, even if there are times when Whitney herself is clearly not as totally body-confident as she would probably want us to believe. For example, she almost turns down being in a plus-size fashion show in episode 3 because she’s worried that there won’t be any clothing that fits.

Regardless, it is a show that challenges common misconceptions about weight + health, and the idea that you can’t love your body if it’s not the perfect size-whatever. And that’s something I know I can get behind, since even as I am working on my own personal fitness and trying to lose a few pounds, I’ve long-acknowledged that it’s unlikely I’ll ever be conventionally thin. Even at my lowest adult weight, I was still donning a size 12, and even with me trying not to make my weight the main focus of things this time (trying being the operative word, haha), I still need all the help I can get in shifting my mentality.

Oh, and as one last aside, episode 3 makes a big deal out of Whitney making herself a banana and mayonnaise sandwich for breakfast — apparently this is a thing in the South?? Would love to hear if any of you guys have eaten this concoction before… I mean, peanut butter and banana sammies, sure, but banana + mayo?!