Okay, let me be clear up front that I am not really going to be discussing the movie “August Rush” today, delightful though it may have been (though let’s be honest, I pretty much watched that entire movie solely for glimpses of Jonathan Rhys Meyers). No, this is more of an homage to the general feeling I have today which is along the lines of:

This year has been flying by. I know how cliche that must sound for me to say (write?) out loud, but it’s true! I cannot believe that the year is already almost 3/4 of the way done. They say time flies when you’re having fun so… way to go, 2012! August is a particularly important milestone month for me because lots of stuff tends to happen to me in August. Par example, in August of 2010 I started this blog. And last August, I started my new (day)job. The fact that yet another anniversary is about to pass for the first thing and my first anniversary is impending for the second really puts into perspective how much time has passed over this last year. 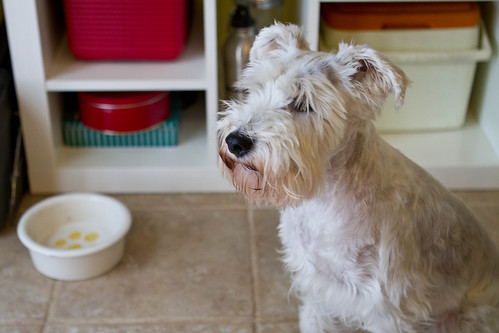 Pensive Daxter is pensive. Also, I have since trimmed his ears.

I’ve mentioned before that the fact that I can easily look back on exactly what I was doing/saying/thinking/eating (heh) a year ago is one of the things that I love most about this blog. While I may not always want to remember everything, keeping this blog is like keeping a scrapbook of my life… that anyone can see at any time. Okay, so it’s not perfect, hahaha. But what can I say? I’m a bit of an emotional exhibitionist, so sharing my formative years (er, if you consider 22 – 24+ formative) with the interwebs is really okay with me. This is why I feel like I would make a really good celebrity. I just really like it when people pay attention to me. 😛

In case you were interested, by the way, here is the post from this day last year. It includes puppy pictures (look at how TINY my sister’s dog Oreo is!) as well as sushi. So clearly, not that much has actually changed.

Originally when I started thinking about the fact that a year has already passed, and I’m about to celebrate HISTG’s second birthday, I started to get a little sad. After all, I’m still not at “goal” weight. In fact, I haven’t really lost any significant weight all year. But then I smacked myself in the face (true story) and told myself to get over it. After all, who cares if I meet some arbitrary deadline? I’m still much healthier now than I was two years ago, and my relationship with my body, my weight, and myself is still growing and evolving. I am confident that I will get to place where I am truly satisfied with my weight and appearance (I hope, at least!) so I don’t need to be apologetic for it taking a little longer for me to get there than I had originally planned, right?

I don’t want to have to apologize for doing things my way, in my own time. Two years ago, did I think that I would ever get to a point where I could run in a 200-mile relay across the state of Massachussetts? Did I think that I would be able to make regular exercise part of my routine? Absolutely not! And that is progress, my friends, as I’ve said time and time again.

I’ll reiterate, just so no doubt or confusion circulates, that I do still have goals and intentions to lose more weight. You know, to find that true “happy” weight of mine, because I still am above the threshold. I still don’t completely LOVE my body right now. I would like to tone up, flatten out, and maybe drop just one more elusive size. But just because you don’t actively see it here doesn’t mean that I’m not still making an effort (even if it’s a slightly less focused effort at present moment, admittedly). It will all come in time.

I feel like in the past, I’ve spent every self-reflective, anniversary-ish post pretending to celebrate my accomplishments but in reality, I’ve been regretting the things that I wasn’t able to accomplish. “If only I had gotten my act together sooner, I’d already have long since been at my goal weight!” “I wish I hadn’t ever done X, or gone to Y, or wasted my time with Z!” Well, no more! There is absolutely no point in regretting my past – it’s what has shaped me into the (totally awesome and modest) person that I am today. Every year has brought me something new, something to grow from, something to celebrate. And I can’t wait to see what’s in store for this next one. 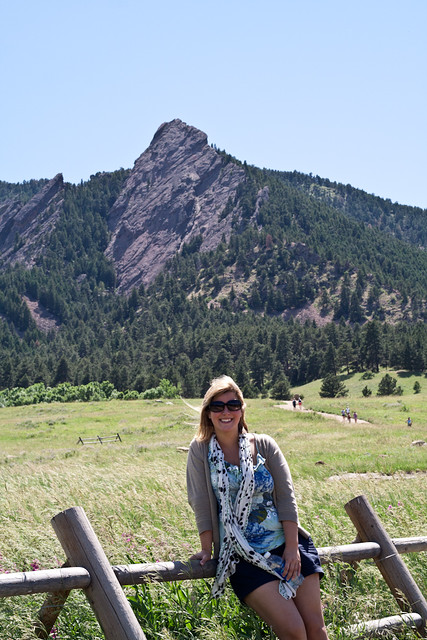