Saturday, 17 ladies climbed into a bus to celebrate the bachelorette AND birthday of the loverly Miss Anne P. B & B. Get it? (The second and third “B”s come into play later in the story…) 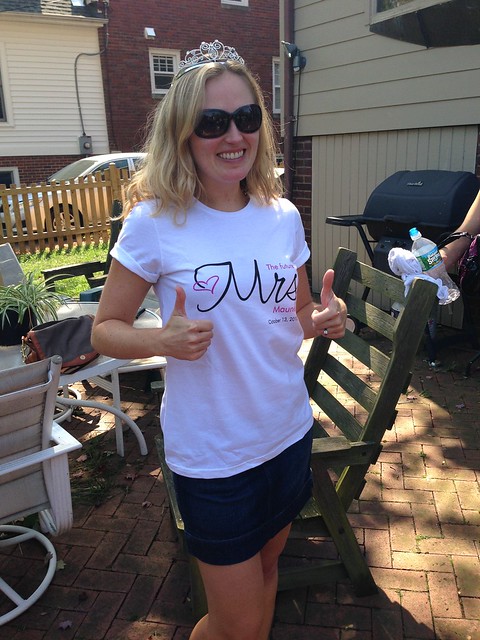 The bride to be!

My older sister, Jenny, is Anne’s maid (matron?) of honor, and so is the one who organized the whole thing. The plan was to take in a couple of wineries as a group o’ ladies, and then head back to the house we met up at for a birthday barbecue that Anne’s fiance Matt was hosting! 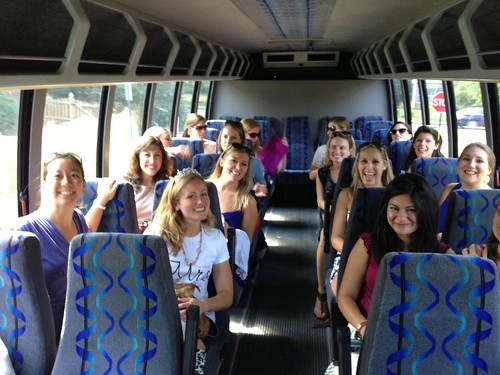 And SPEAKING OF MY SISTER… guess what? 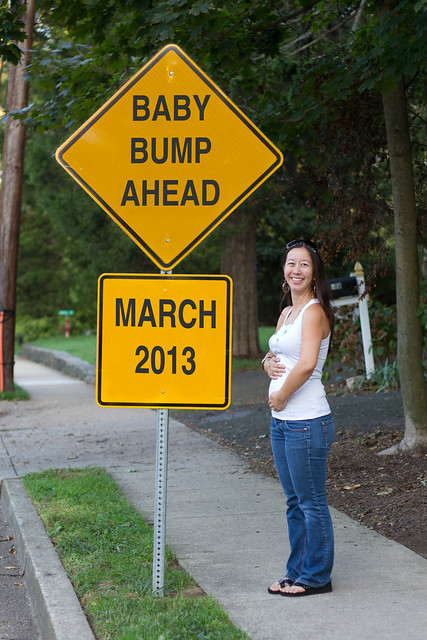 I’m going to be an aunt!!! I shot this pic of her this weekend (after crying — er, twice — upon seeing her newly popped li’l baby bump) and then our brother worked some of his Photoshop magic to edit the sign. Her husband Dan wasn’t able to make the trip back to DC with her this time (they recently moved to Houston), so mentally I just superimpose him somewhere in the frame, hahaha. Little Baby Robinson (or, as Jenny so dotingly refers to him/her, “Blob”) is coming to the world in March!! Eeeeeep!!!!! 😀 So there you have it: the 2nd “B” stands for… BABY!

Oh, and remember this post about the birthday wine tour that we all went on for Jenny’s own 30th birthday? Well, as it turned out, the little minx tricked us all. She had JUST found out she was pregnant and didn’t want to tell anyone yet… so she FAKED all her wine tastings! None of us suspected a thing — we even caught her “drinking” on video! Tricksy, tricksy hobbitses sister. Deception must run in the Powell blood. Haha! 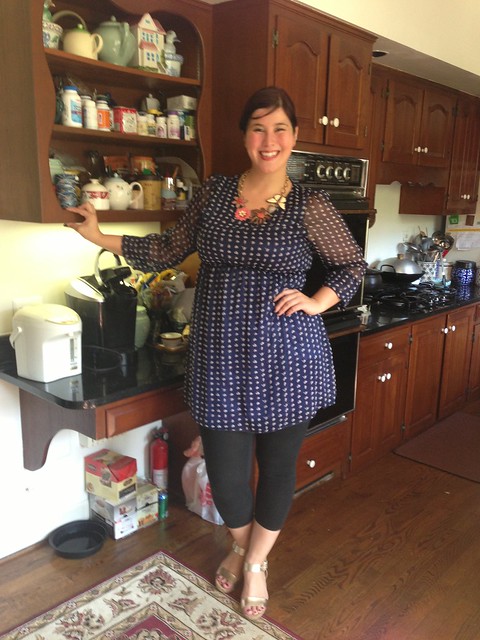 Nope, I’m not excited to be an aunt. Not at all. I’m not going to spoil that baby rotten or anything. 😉

Okay, okay, back to the post at hand (I say as I wipe yet another round of happiness tears from my cheeks, keke). Unfortunately, we got off to a little bit of a late start, as the bus that was coming to pick us up broke down on the way to us (womp womp) and they had to send another one. So, the 1 PM kickoff got pushed to 2 PM, but eventually we were off! 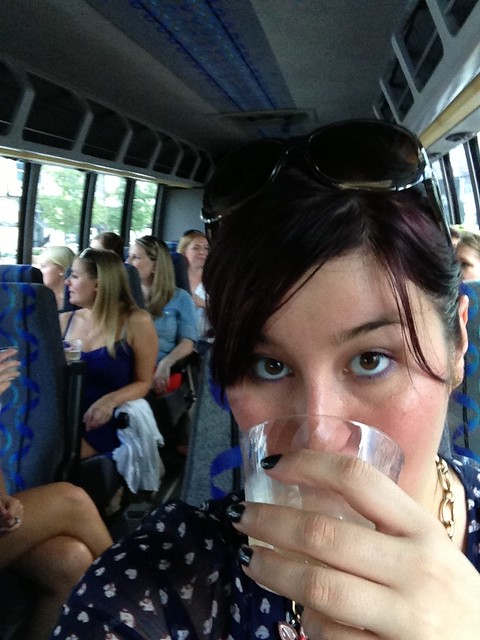 There was wine drinkage on the way to the wineries, obvi.

The first winery we hit up was called La Grange, in Haymarket, VA. 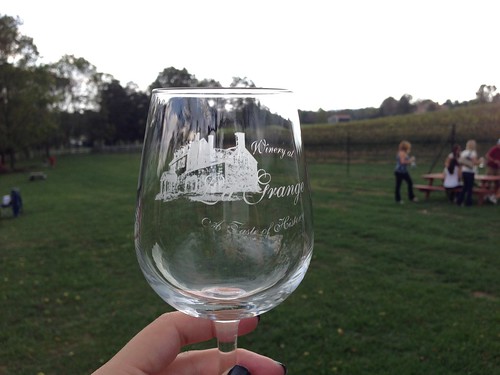 The wines were good but the experience was kind of blah. There was a wedding going on at the same time, so the group-organizer-lady-person didn’t have a lot of time to pay attention to our group (which is understandable!). The wine was delicious though, and the weather was absolutely gorgeous. 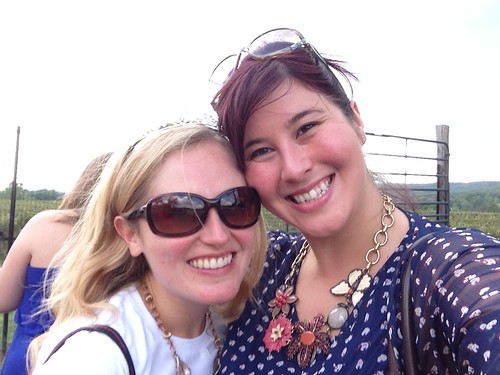 The woman of the hour(s) and me

After La Grange, we piled back into the bus and headed over to Pearmund Cellars in Broad Run, VA. Now, here we definitely got our money’s worth! 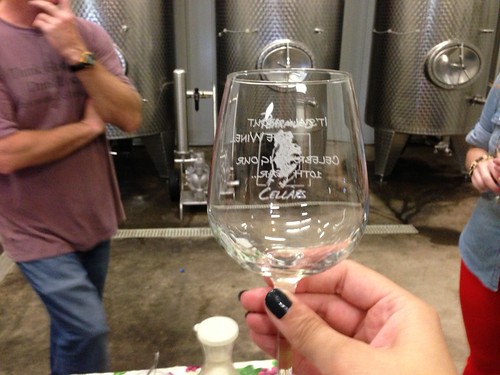 They gave us a private group tasting back in the fermenting room. Our tasting guide was super friendly and really knowledgeable AND we got to try unfiltered wines straight from the steel vats! They tasted like grape juice. Delicious, slightly fizzy, cloudy, amazing-tasting grape juice. Mmmmm. 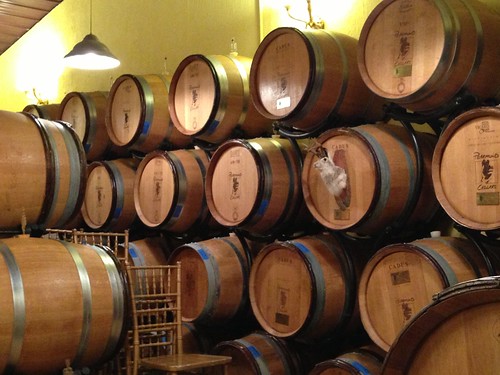 Several bottles of wine were purchased post-tasting, and eventually it was time to head home. We had a party to get back to, after all! Unfortunately, however, that’s when the night hit a bit of a snag…

Believe it or not, the bus that we had been riding on (the SECOND bus that the transportation company — Access Limousine, I do NOT recommend — had sent, let me remind you) BROKE DOWN. Right on the road outside the winery. We had to wait over 90 minutes for them to send another bus out to us (since we were almost an hour outside of DC) and take us back. It was definitely a huge bummer and a big break in the momentum of the day. Of course, we all tried to make the best of it! 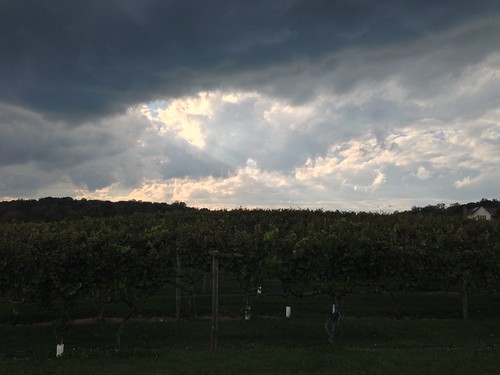 At least the scenery was beautiful!

So the third and final “B” stands for “bus”. Or “breakdown”. Or “bus breakdown”. The Pearmund Cellars people were SO nice and sympathetic to our plight. They gave use free crudite platters and let us chill on their porch until the rescue bus came. Sadly, we weren’t allowed to drink any of the wine we had just purchased due to county laws, but they were still very hospitable. The poor employees stayed until we left, sacrificing part of their own Saturday night so that we could have bathroom access! 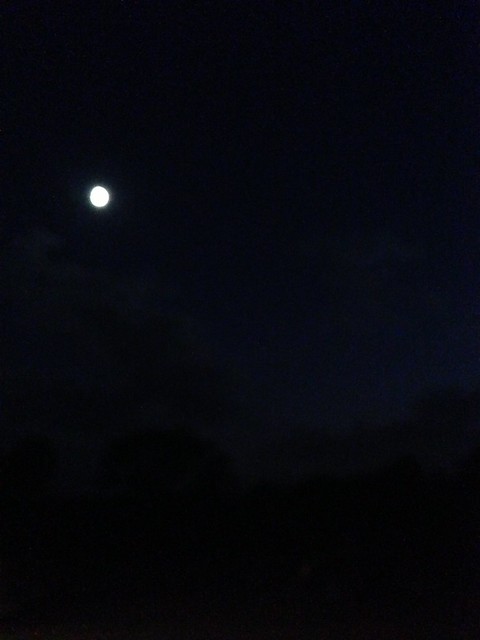 Finally, around 8 PM, the third (oy!) bus came to get us, and we arrived back at the BBQ just before 9. Granted, it was about 3 hours later than we had originalyl planned but all’s well that ends well! Hopefully Anne still had an amazing time — I know I was certainly thrilled to have been able to celebrate with her! We will all be reuniting at the wedding in less than 3 weeks, too. SO MANY THINGS HAPPENING!