Yeah, I was trying to do some sort of clever play on the words “Car”, “Rage”, and “Carnage” for the title of this post, but that didn’t really work out as smoothly as I would have hoped. Oh well, since ultimately this will be but a tiny blip on the life-consuming radar of The Internets, I’m not going to sweat it too much.

I originally intended this post to be all about my hoarding ways, and the means in which I intend to rid myself of them. I’m determined to seriously edit the massive vacuum of STUFF that is my bedroom currently, and wanted to talk about that. Alas, I am a little too ragey to go into the specifics of Stuff Purging right now, so that will have to wait.

I’ve been living through a rather unfortunate bit of deja vu since last night. Remember how my car decided to give me a giant middle finger the night before my birthday, and I spent said birthday in the waiting room of a Sears Auto Shop with naught but my iPhone to keep me company? Well, I got to do it ALL over again when my now still-brand new battery decided to die on me last night. 6 jump starts and a totally unsurprising amount of tears later, I got to spend my entire morning waiting around for my sad, old Chrysler to be fixed. 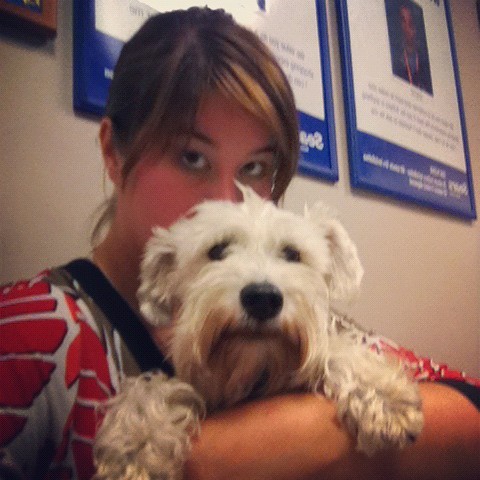 At least this time I had company. Adorable company. 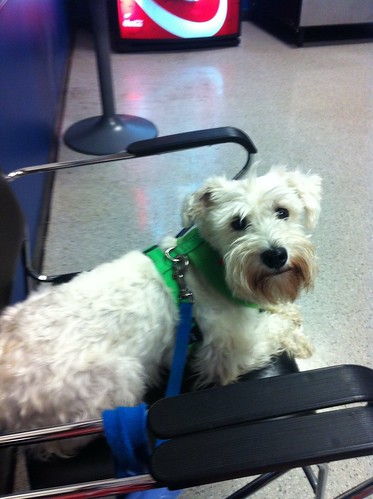 I’m looking to get a new (used) car sometime in the not-so-distant future anyway, so my biggest concern was having to dump hundreds and hundreds of dollars into a car that I won’t be driving for long. The mechanics were tossing around concern about the alternator, which I know from past experience (oh, 1987 Honda Prelude, you served me well… kinda) can cost $500+ to replace. Fortunately, the automotive gods took mercy on me this morning and it only ended up being a small post terminal that was all rusted and corroded. $2.99 for the part, $40 for the labor and installation, and I was back on my way. Hopefully this time it sticks!

Okay, thanks for sticking around through my vent sesh, friends. To end on a happy note, here are a couple more pictures of my puppers. They’ve been gracing this blog far too infrequently lately, don’t you think? NEED MOAR SCHNAUZERS! 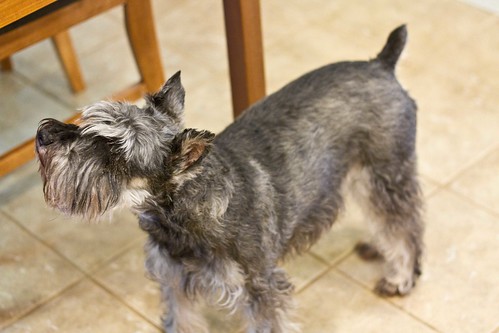 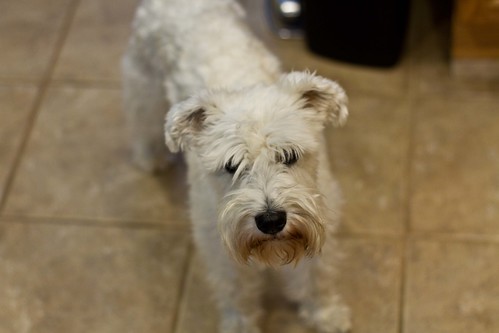