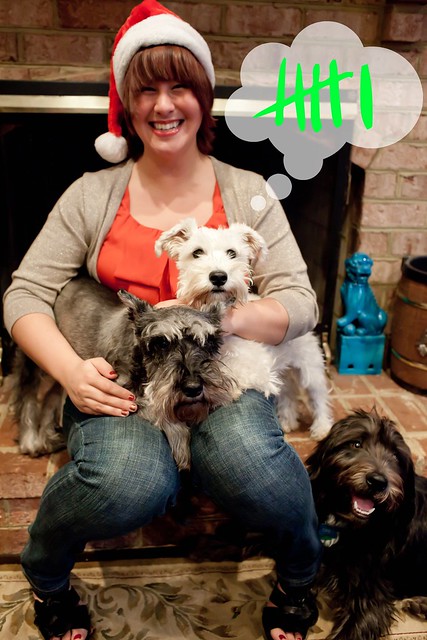 Okay, okay, I can’t lie to you guys. I’ve obviously been counting down to Christmas since October for much longer than this. But since we are officially down to less than one week to go, I can now proclaim it to the world. Huzzah! And I have plans for this week. Oh, the plans that I have! I’ve already resolved to kick my weight loss back into action with the coming of the New Year, but until then… mwahahaha!

Though most of my weekend was dedicated to kicking some serious Sith butt in Star Wars: The Old Republic

, the new MMORPG that Ben gave me as part of my early Christmas present (#nerdalert), I did manage to sneak out to the grocery store to pick up supplies for all the Christmasing that’s going to go down in my kitchen this week. 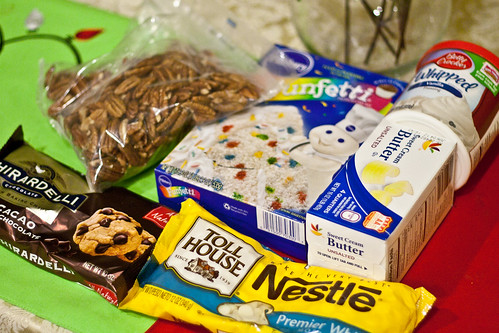 As you can see, I have baking plans up the wazoo for this week. So much deliciousness… so terrible for me. It’s going to be legen–wait for it–dary! Don’t fret though, I did pick up a few healthy items too. 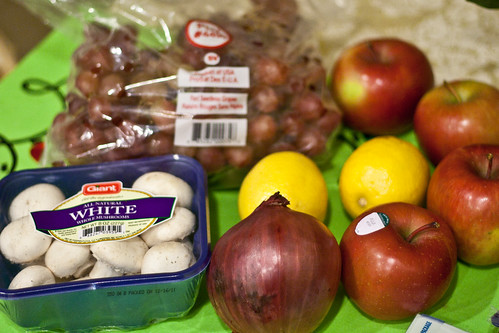 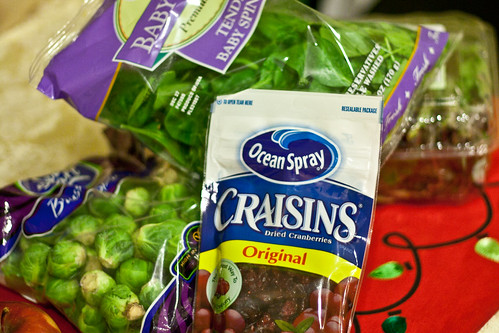 As well as some semi-healthy-ish items. Heh. 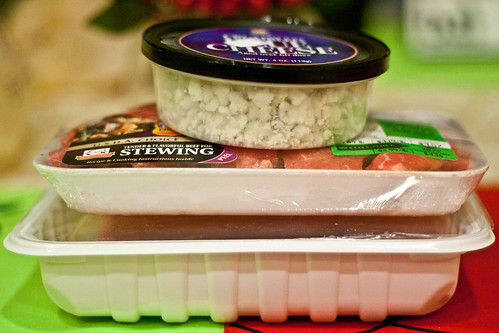 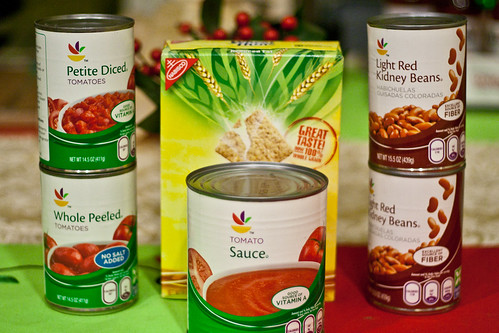 Cooking has been woefully absent from my life lately, so I’m excited for the edible possibilities of my grocery store spoils. Also, Steve brought me golden beets!! 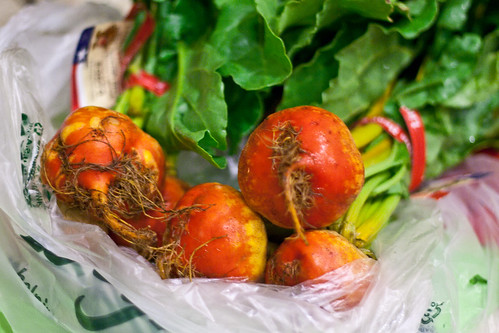 Apparently Wegman’s is the place to get these bad boys, since that’s where he picked them up. I still haven’t spotted them myself yet, but I guess that now if I get desperate I know I can drive for half an hour to the closest Wegman’s, haha. Regardless, I am SO excited to roast them up!

This countdown has even managed to make me happy it’s Monday, because it just means that I’m that much closer to presents Christmas. Whee!

Do you have any specific baking or cooking plans this week? I can’t wait to make yet another valiant, if ultimately unsuccessful, attempt at replicating my Aunt Joanie’s incredible sugar cookies, as well as to build the Christmas gingerbread house — a family tradition!