Hi there, amigos! I hope you all have had a great weekend/week so far. I had yesterday off from work in honor of our brave veterans, and today I have a couple of exciting pieces of news for you all!

So first off, I have some relatively exciting (day)job related stuff. Part of the reason I’ve been so busy, and not blogging as regularly/in as timely a manner lately (er, beyond the whole “I’m publishing a book thing“, hehe) is that I’m actually transitioning into a new position at work! I’m not 100% in my new job yet, I’m in kind of a dual-job limbo right now, but that means there’s a lot of running back and forth (my new position is in a different building a couple blocks away from my old one) and a lot of training and whatnot. Still, a lot of changes and things to keep me busy, which is kind of a good thing!

My second piece of news may actually be a little upsetting to some of you. See, for years now, I have been a devoted Apple fangirl. Early adopter of each new iPhone model I’ve been eligible for, I’ve also been in love with the Macbook I got my senior year of college (even after I accidentally cracked the glass display with the heel of my foot… oops), Apple has never let me down. And yet, this weekend, something happened… 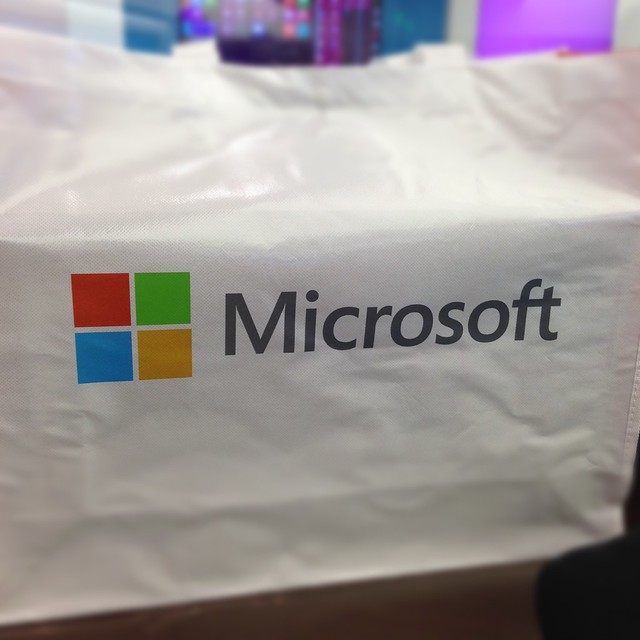 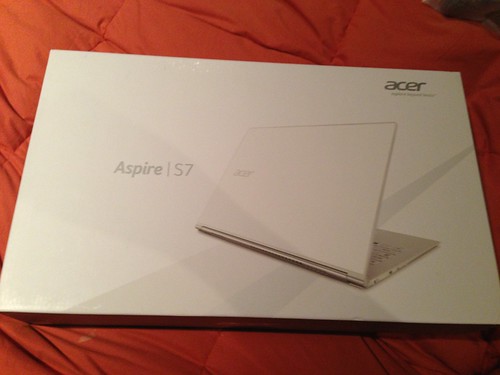 Yep, I am now the proud owner of an Acer Aspire S7 Ultrabook 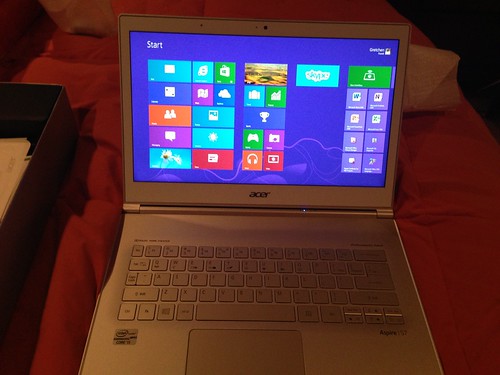 Complete with Windows 8, I tested this puppy out for the first time a week or so prior, and was immediately smitten. I thought I’d had my heart really set on getting a Macbook Air, as my old Macbook has been increasingly slow (and, you know, cracked…) but was going to wait a while before doing so. As it turns out, however, my old laptop had other intentions. Recently, the wifi stopped working on my laptop, so I knew it was time to start the replacement process.

Sean and I stopped in the Microsoft Store at Tysons a week or so ago, to check out their new Surface tablets. While we were there, I started looking at the new laptops, all fitted with Windows 8, and was seriously blown away. The new system is really intuitive, looks GREAT, and was just a lot of fun. Plus, the aesthetics of some of their new machines (especially my new Acer), really give Apple a run for its money. I know that for some of you, looks are the least important part of a computer, but c’mon, nobody’s immune to a really sleek-looking comp. We left the store that day and the cogs were already turning, trying to weigh what I already knew about Macbooks (sleek, fast, great design, reliable) with what I liked about the new PC Ultrabooks.

We went back to the store this past weekend to check them out some more, and after spending over an hour in the store (and watching a Windows 8 demo, etc), I knew what I wanted. Oh, and I haven’t even mentioned the best part! 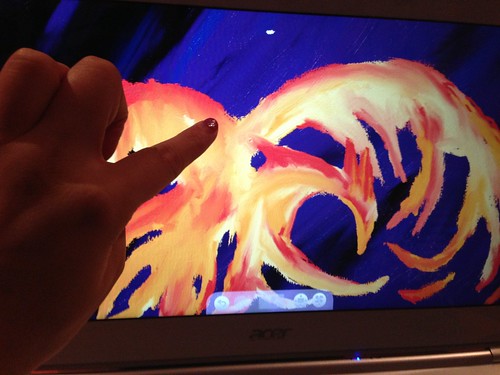 Yep, my new ultrabook has a TOUCHSCREEN. A super responsive and awesome one, too. They say that Windows 8 really was made for touchscreen, and I believe it. I love getting to scroll through things with a swipe of my hand, and it really feels seamless. That said, if you are considering getting Windows 8 installed on your non-touch computer, I’ve heard that it’s a fairly disappointing experience because all those buttons just scream “TOUCH ME!” (Um, in a non-sexual way, obvi.) 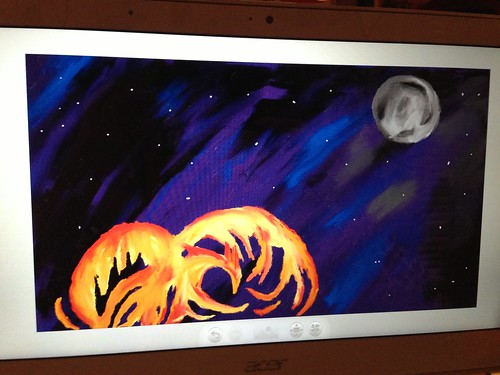 I painted this WITH MY HANDS. Well, and with a ridicuslouly overpriced touchscreen paintbrush that I couldn’t NOT get. I mean, c’mon. I know I’m no fine artist, but dang it if touchscreen doesn’t make it fun to try.

So, there you have it. A couple of exciting snippets for you. Oh, I had a third one, too. Slightly less exciting to normal people, but to people like me who are obsessed with food, this one is a good’n. I’ve officially started testing out new Thanksgiving recipes, which means it is GOOD EATIN’ TIME in my casa. 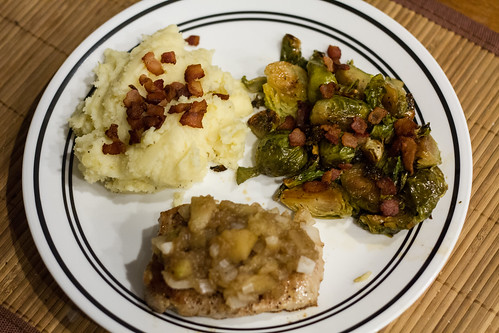 Last night’s dinner extraordinatire involved a new recipe for mashed potatoes that I’m trying out (I determined that my Roasted Garlic Whipped Potatoes recipe is still the reigning champ though). 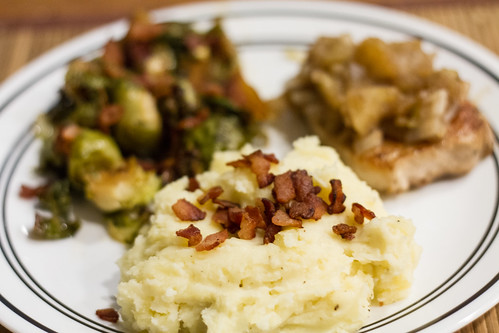 I paired the ‘taters with a side of maple and bacon brussels sprouts (amazeballs as always!). 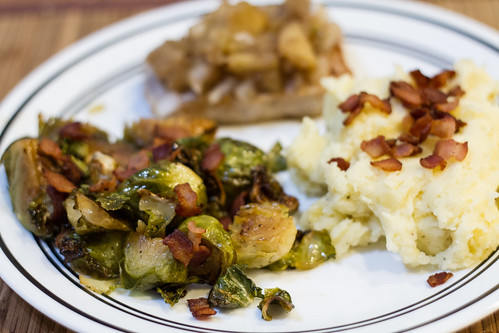 And a pork chop with a cinnamon apple and onion chutney (or something). Which was effing delicious. 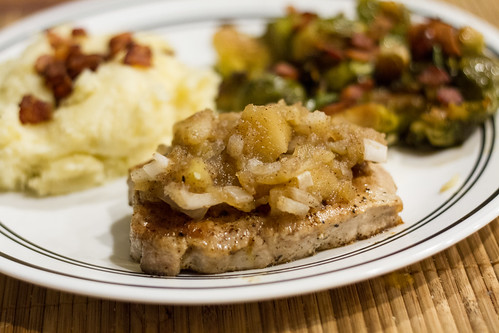 Are you a Mac or a PC? I like to think at this point, I’m a bit of both! I’ve got my PC desktop, my old Macbook, my new ultrabook, and my iPhone 5. Not to mention my brother has his PC dekstop, plus an 11-inch Macbook Air, plus an iPad (and an iPhone 5 as well). Our house is not only biracial, but bicomputersal as well.

Okay, that was lame. I’m done.