In yet another misleading blog title, this is a makeup post hiding under the guise of Fashion Friday. Because, even though I still haven’t really figured out if makeup falls under the full “fashion” headline, “Makeup Friday” just doesn’t have quite the same ring to it. So, here we are. 🙂 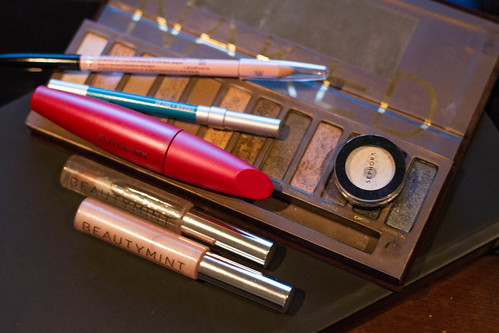 I actually had a pretty interesting (and hilarious) conversation with Sean the other night regarding winter makeup looks. It went something like this:

Me: I’m thinking about doing a winter makeup post on Friday. So basically I’m thinking it’ll just be like, glitter.
Sean: Makeup provides neither warmth nor coolness, so why is winter makeup different from summer makeup? Do you wear depressing makeup in the winter because winter is depressing?
Me: You are such a boy.
Sean: I just don’t understand women. 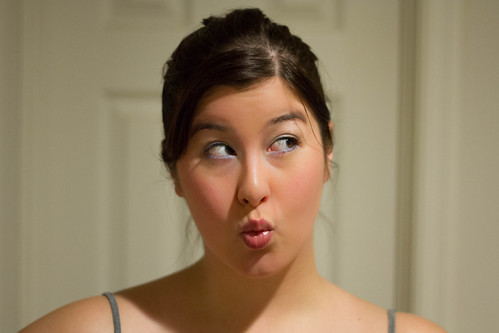 Now, Sean’s unfortunate lack of knowledge regarding the intimate workings of makeup aside, he does make an interesting point. I mean, there’s no physical reason to sport different makeup looks just because of the weather. But I do it anyway, because I doubt I’m the only person who feels like there’s a shift in the air (and not just the temperature) when a new season rolls around. So over the next couple of months, as the weather continually gets colder and colder, expect to see more makeup looks on here that are winter appropro. Which, as stated above, essentially just means we’ll be diving further and further into the land of shimmer and glitter. 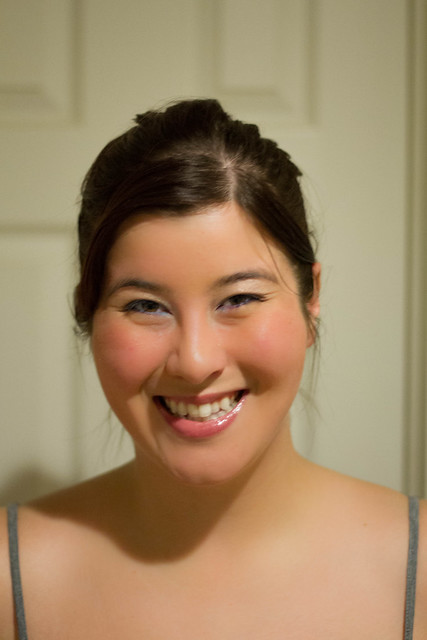 Digression: I got contact lenses in the 6th grade, which means I was 10 years old (I skipped 2nd grade, so I’ve always been young for my year in school). I had to sit through this little class thing at the optometrist’s office where they instruct you on what not to do with your contacts. One of their rules was to be very careful when applying eye makeup (a rule that I obviously disregard wholeheartedly these days, hahaha). Well, little 10-year-old me had only one question throughout the entire training session (which, it should be said, was a group of people, all the rest of whom were adults). That question: Can I still wear eye glitter? I then proceeded to pull out my grape-scented purple glitter rollerball and show it to the technician. I am really serious about glitter. 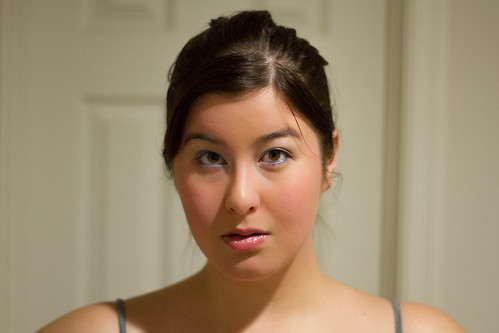 Anyway, this look is actually not very glittertastic (somewhat ironically, given that ridiculous story I just told, hahaha). But, it is super WINTERtastic. I used to think that light, shimmery makeup was retired back in high school, along with the light lipstick + dark lipliner trend (I’m looking at you, Jen Powell Robinson!), lest it conjure unfortunately dated looks like this one: 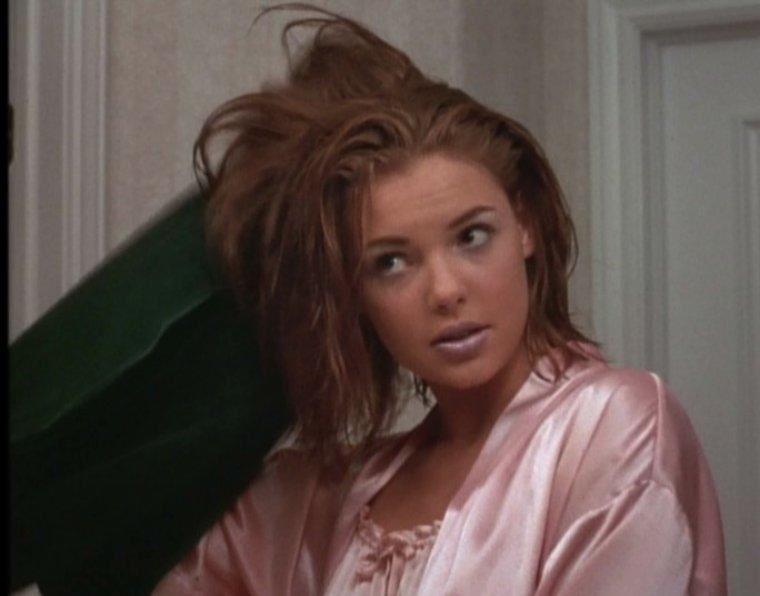 Yes, that is Katherine Heigl in the 1996 Disney Channel Original Movie, Wish Upon a Star, which was like Freaky Friday except totally awesomer. ANYWAY. As long as you’re not too heavy-handed, I’ve recently come to reappreciate the light, shimmery makeup look. And if you can look past the terrible lighting and bags under my eyes in these pics, since I took them at like, 11 PM last night, I think you might possibly be able to see why. It gives me this whole ethereal, winter-faerie-like look that I can totally vibe on.

And when paired with a subtle, shimmery lip, pink cheeks, and an icy blue eyeliner? It’s like a winter wonderland on your face, in a completely wearable, everyday way. 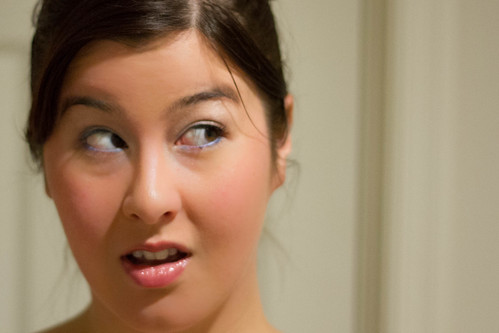 Eyeshadow(s): Sephora Collection Colorful Mono Eyeshadow in Aspen Summit (23), all the way from my lash line to my brow bone. Then Urban Decay eyeshadow in Toasted along the outer half of my lid and in the crease (courtesy of my Naked palette, but they’re also sold individually).

Eyeliner: Urban Decay 24/7 eyeliner in Electric, on both top and bottom lids.

Mascara: CoverGirl Lash Blast Luxe (it has glitter IN THE MASCARA!) in Black Platinum.

Lipgloss: I got it for free when I was trying out BeautyMint (a subscription skincare thing), but any light-colored, shimmery gloss would do.

Blush and highlighter: NARS blush in Orgasm and Smashbox Halo Highlighting Wand in Gold, as always.

Are you drawn to different makeup looks in the winter?