So Halloween had kind of been losing its luster for me over the past few years. In my early twenties, I got SO JAZZED for Halloween: throwing parties, coordinating group costumes, doing the whole shebang. But, y’know, time passes and we all get old and lazy and my Halloweens of late have been a lot more about eating all the candy that I definitely, 100% got for the trick-or-treaters and not for eating in my pajamas with some kind of animal-ear headband on (only like, six kids ever come to our house, lol.)

But I won’t lie, Halloween with a baby — even one still firmly ensconced in the useless-lump-of-a-human category, like Penny — is like 1000x more fun! 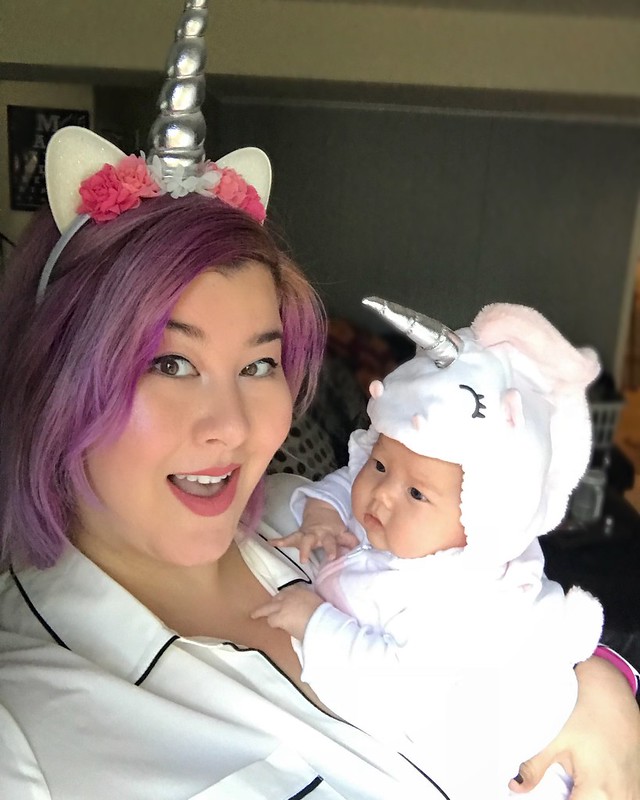 Even though the only plans we have for today are lunch with a friend and going for our two-month pediatrician’s appointment (which means SHOTS! 🙁 🙁 🙁 ) everything is made just a smidgen better because Penny can be in costume, lol. 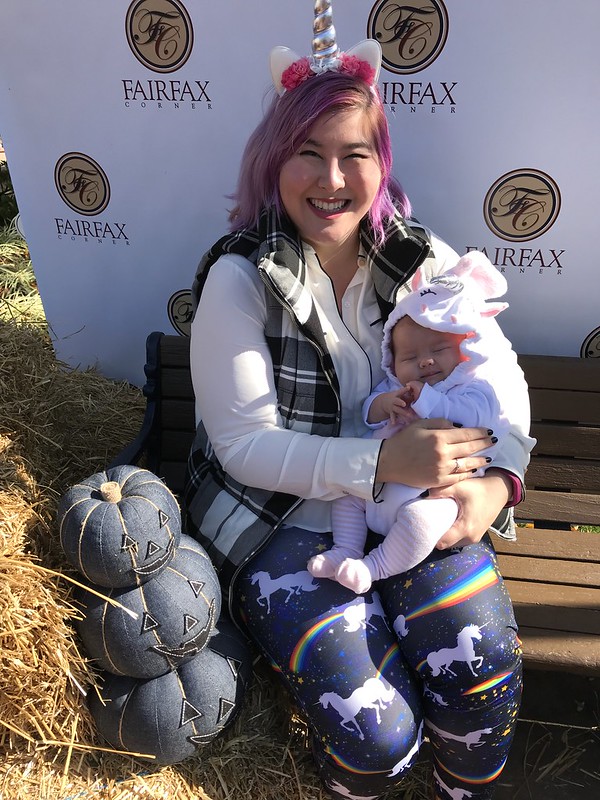 We took her unicorn costume for a test spin last week when we went to Spooky Tots at Fairfax Corner, where I got to coo and aww over all the adorable toddlers trick or treating in their costumes, while other parents appropriately cooed and awwed over Penny (something I never could have known prior to, y’know, having one, is just how much random stranger in the world flippin’ love babies, man!) 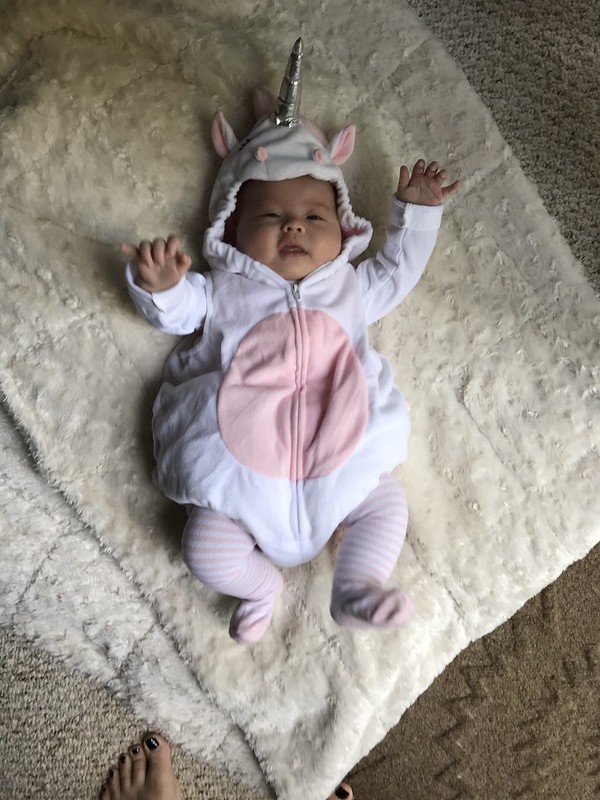 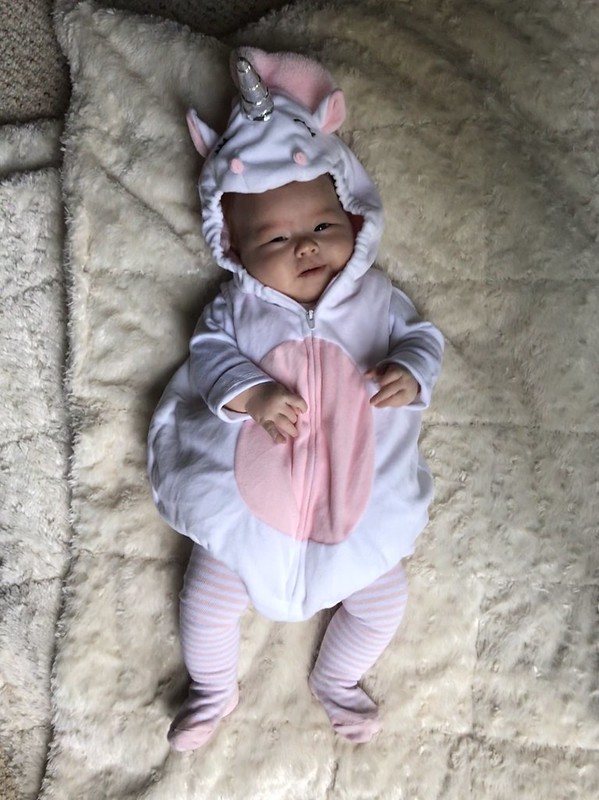 And because one costume is simply not ever enough, I also picked up the most amazing Bubble Tea outfit from BuzzBearStudio on Etsy — is she not the most delicious? 😀 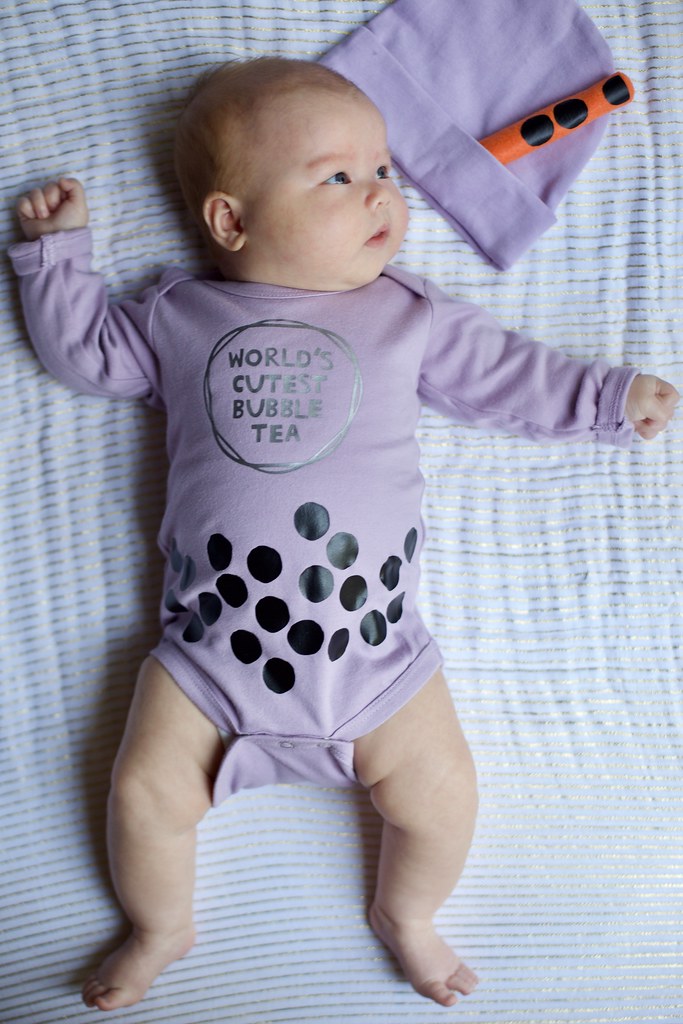 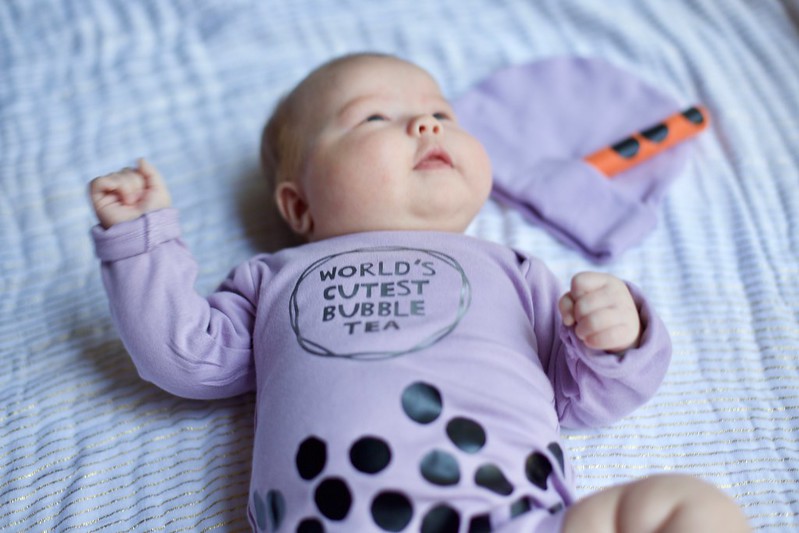 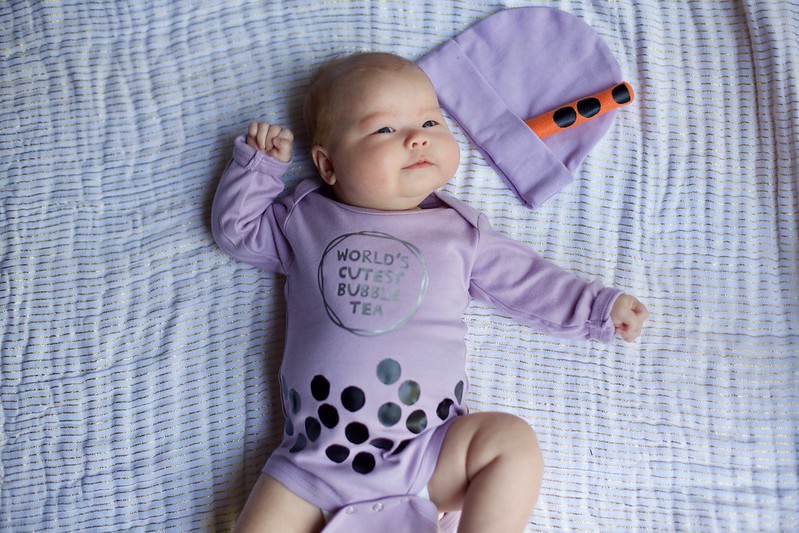