I’ve been bad lately. I know, I know, I shouldn’t use terms like “good” and “bad” when it comes to food, since it hearkens back to the days when my relationship with food was, uh, less than stellar. But I’ve got to be honest with you folks (that’s kind of my M.O. here, after all) and while “bad” may not be the best word for it, it sure hasn’t been good. With all the emotional drama of the past couple of weeks, I’ve barely been cooking. And we all know that cooking for ourselves is an integral part of weight loss (and health, in general!) So, y’know. Bad Gretchen.

In order to remedy this, I made a triumphant, if belated, return to the grocery store! And yes, I do realize that for normal, non-crazy, non-lazy people, the act of going to the grocery store isn’t exactly something worth celebrating. Buuuuuut, my blog, my rules. So we’re going to make a big deal of it anyway, goshdarnit! BEHOLD! 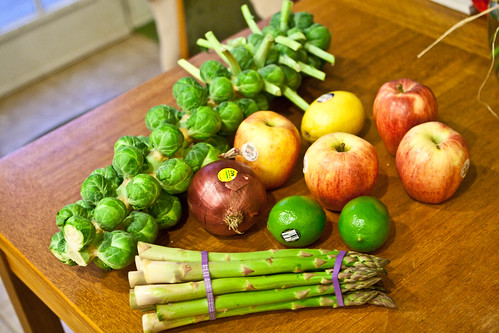 Brussels sprouts, apples, limes, a lemon, a red onion, and asparagus. Can you believe that b. sprouts stalk?! Let’s get a closer look at that sucker: 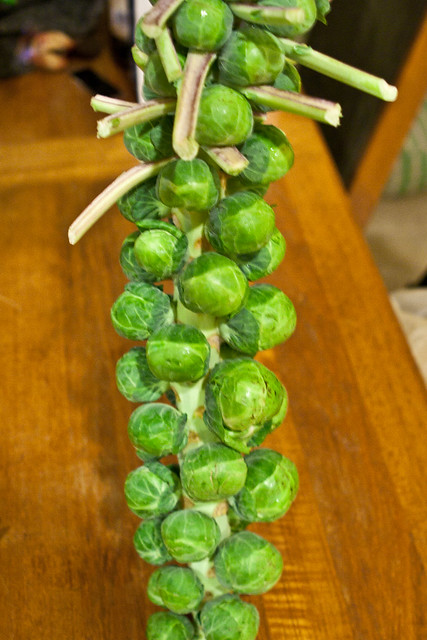 Totally worth the extra dollar and a half I probably paid just for the stalk, haha. It’s kind of hilarious (in a sad way, not an actually funny way) that I always gripe about how much I’m spending at the grocery store for two weeks’ worth of food, when I easily will drop $10 at Chipotle for a single meal. Just another thing I’m continually trying to remedy, friends. 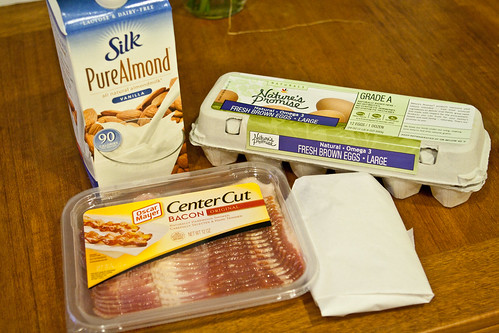 Now, please note that this shopping trip was also done in the wake of yet another dental visit (6 months on the dot!), so I can’t be held fully responsible for some of the things that may have crept their way into my cart. 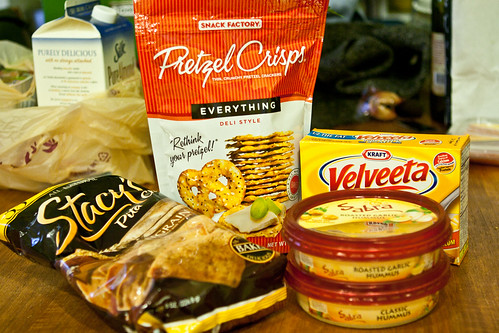 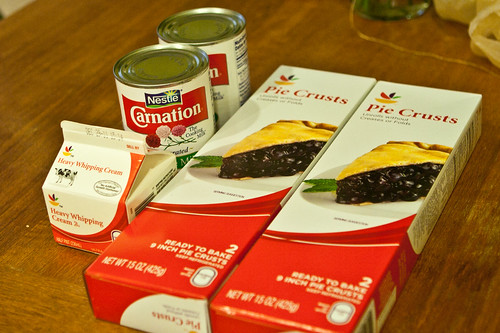 Though to be fair, something epic is going to be happening with these ingredients (plus two important additional ones that aren’t pictured) this weekend. Any guesses? Prepare thyselves for greatness! 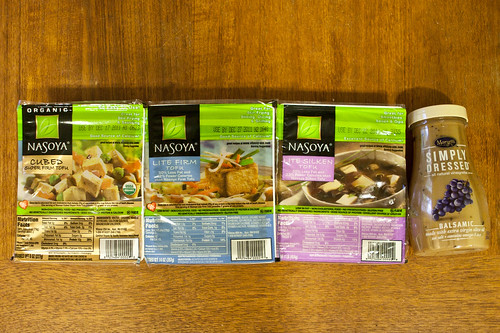 Tofu of the silken, firm, and extra firm variety, and balsamic vinaigrette.

One of the perks of being a blogger, besides the inflation of my ego and getting to meet awesome people I would never have met otherwise, is the awesome amount of coupons that I get my hands on before failing to ever actually use them. So thanks to remembering to actually try to save monies for once, I picked up the above bottle of salad dressing and not one, not two, but THREE cubes/packages/blocks (?) of tofu for FREE! Stay tuned for the amazingness that will be coming out of my recipe box (why does that sound dirty?) utilizing those puppies. 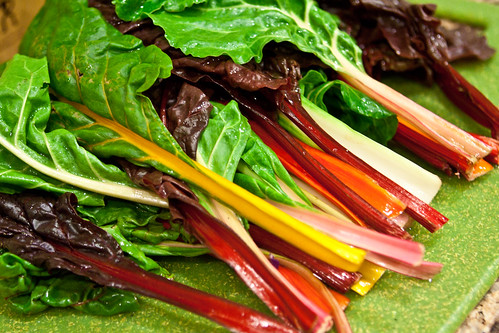 In fact, the dressing has already been used in a red cabbage dish that I made alongside the salmon (prepared in the same way as my dill-icious lemon tilapia recipe!) and some particularly beautiful swiss chard that my sister gave me from her CSA. Yay for finally getting my act together and cooking for myself! I had almost forgotten how much I like doing so! 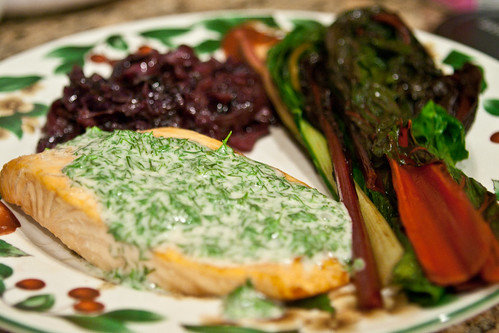 Recipe for the braised cabbage to come tomorrow!

How do you dig yourself out of a cooking (or lack thereof) rut?