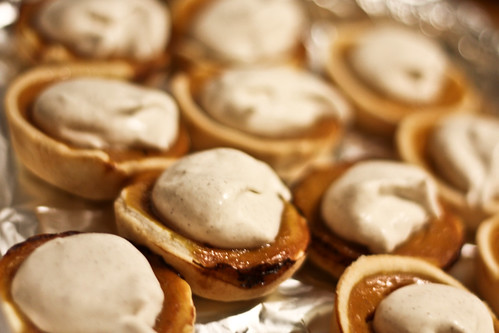 I don’t think these need a big setup. 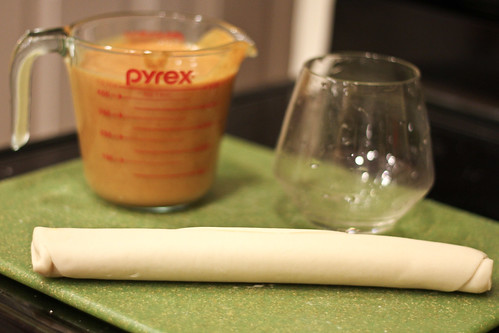 They pretty much speak for themselves. 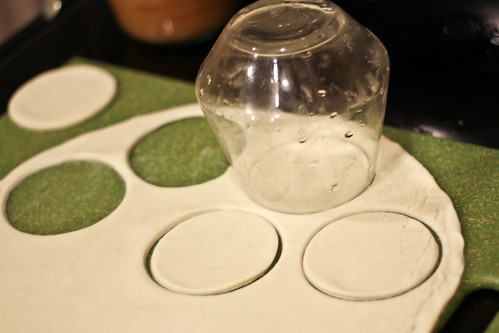 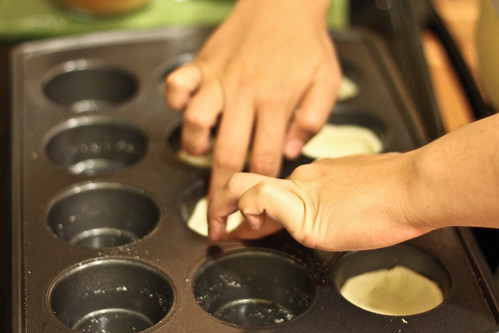 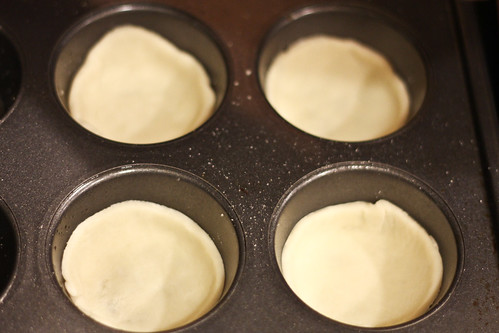 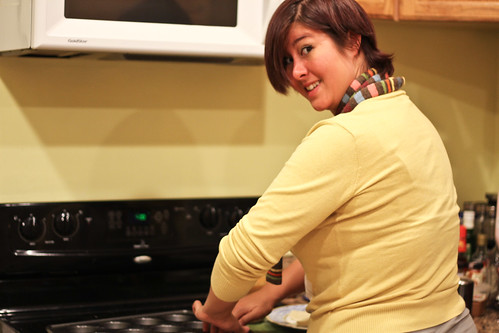 Bite-sized, in fact. Well, if you’re me, that is. If you’re a regular person with regular table manners, perhaps it’d take two or three bites. 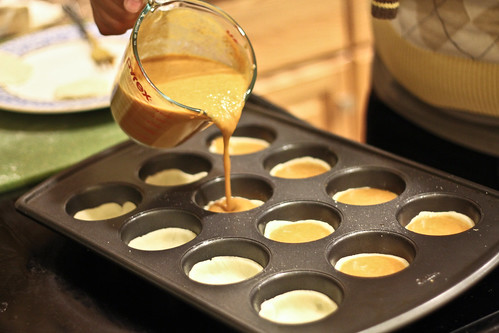 These little tarts are the perfect portion size for Thanksgiving, dinner parties, or simply for the knife-averse. No pie-dividing necessary! 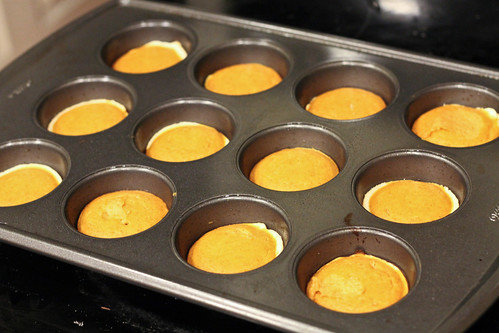 And bonus? They do nothing but reinforce the idea that yes, if it’s adorable, it just tastes better. 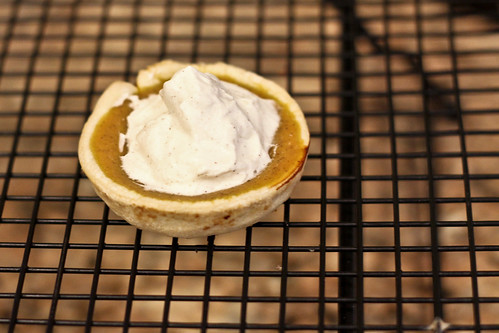 These delightful and, needless to say, adorable individually-sized pumpkin pies are accented with just the right amount of sweetness. Top them with decadent homemade cinnamon whipped cream for dessert or a party dish that’s guaranteed to please! 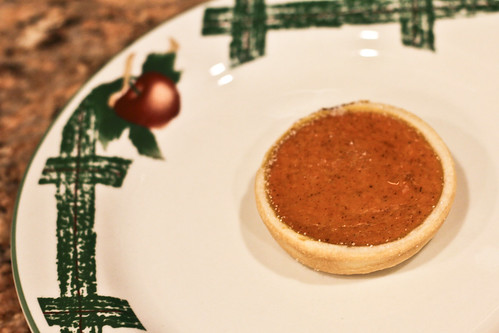 – Pumpkin pie filling, enough for 1 pie (I made mine using a variation of the official Libby’s recipe.)
– 1 box refrigerated pie dough (the kind that comes with 2 in the box), or your favorite dough recipe.
– Round cookie cutter, bowl, or cup with a 3-inch (ish) diameter

1. Preheat oven to 400 degrees F. Roll out your pie dough, then cut out small circles of dough. Press them into a non-stick sprayed muffin/cupcake pan.
2. Fill the cups with the pumpkin pie mix (I poured mine into a measure cup to make it easier), filling them to the top of the dough. (You have may extra filling left over once all the tarts are filled.)
3. Bake in the oven at 400 degrees for 10 minutes, then reduce heat to 350 degrees and bake for an additional 10 minutes.
4. Allow tarts to cool completely, or refrigerate until ready to serve. Top with whipped cream! 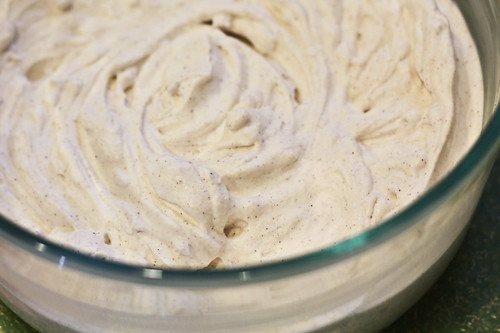 1. In a chilled bowl, whip together cream, sugar, and ground cinnamon, about 2 minutes or until firm peaks begin to form. Do not overwhip! I used an electric hand mixer, but you can do it by hand using a whisk, or use a standing mixer instead.
2. That’s it. There’s really just the one step. 🙂 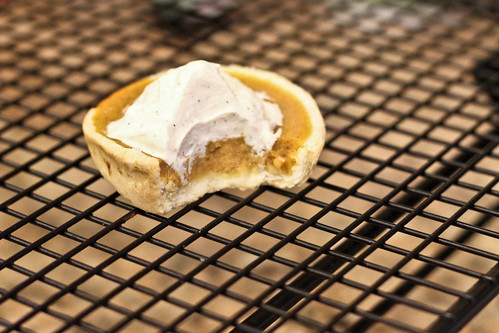 I like my pumpkin pie cold, which makes it even easier because I can make these the night before and refrigerate them until it’s time to consume! Make them now, thank me later.