Since “sushi” is pretty much synonymous with the word “happy” in my eyes, I think this post title totally works. So it’s probably no surprise then that after last night’s third DC blogger monthly meetup I am the sushiest gal around. 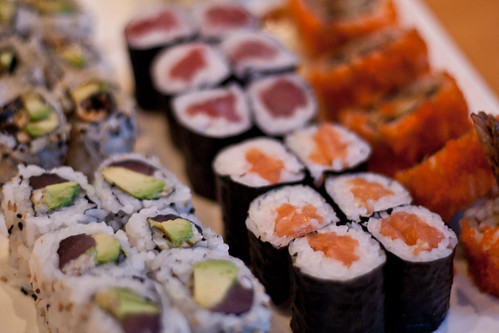 I met up with Jess, Carly, Claire, Catrina, and Amy at Cafe Asia in Rosslyn for happy hour last night! 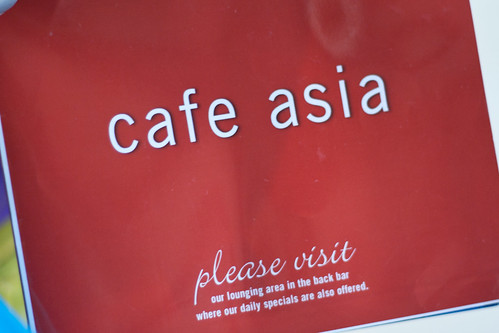 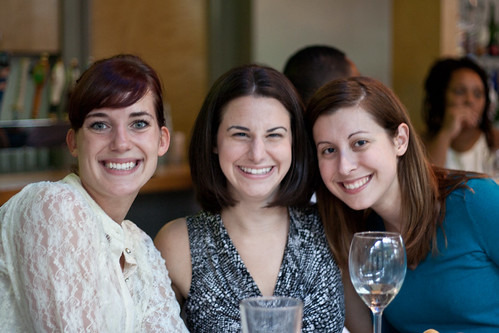 I tried to ration out my eating properly throughout the day since I know I just can’t help myself when it comes to sushi. Turns out that was a very good call… 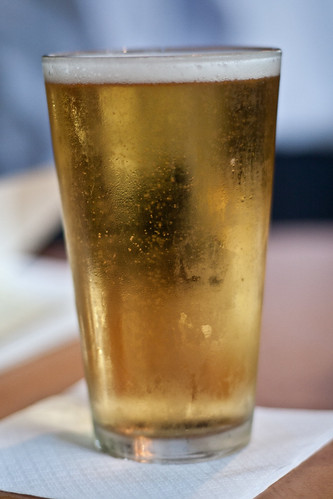 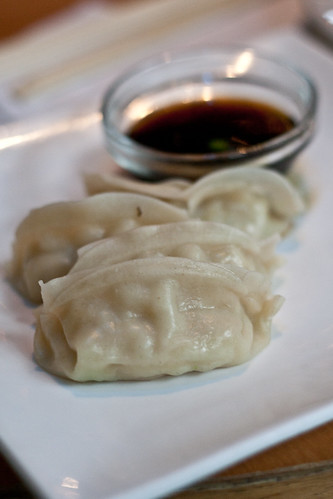 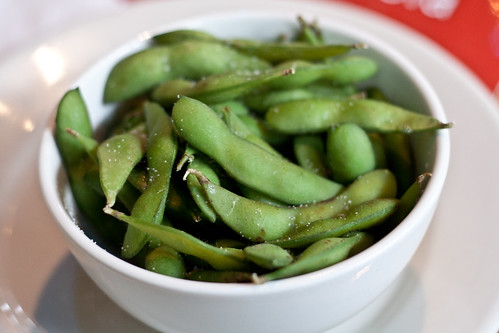 I had never been there before, but Cafe Asia’s happy hour is pretty fantastic. $2.50 draft beers and $3 apps! The space was really big too, so it was easy to move from the bar to a table when we realized there would be just six of us. 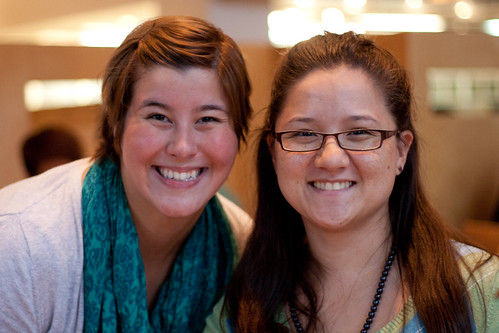 Showing off my Whasian pride with Catrina. 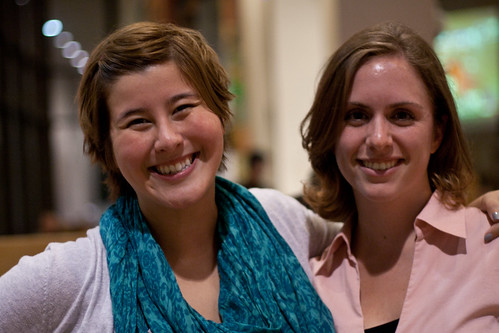 After we were seated, we settled in for the main event. I decided that it would be a good idea to eat an entire avocado for dinner, so I started with the following “salad”: 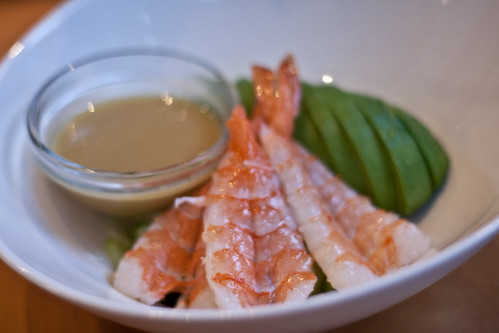 There’s some shredded cucumber and wakame buried under there too, I promise.

Before moving onto this deliciousness: 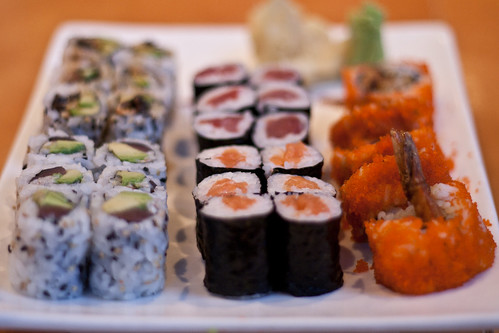 Claire had the fancy dragon roll on the right as well as the tuna roll, and I demolished the salmon, eel & avocado, and “Cafe Asia” roll on the left. I wasn’t kidding about the amount of avocado I consumed today. Totally counts as a “green”, right?

And as if my day wasn’t sushi-tastic enough, LivingSocial had a deal today for 50% off of sushi at Maneki Neko in Falls Church! I’ve always considered them to be “the other” when it comes to FC sushi (my loyalty lies with Koi Koi now and forever!) but hey, with a deal this good I’m definitely willing to broaden my horizons!

What’s your sushi stance? I find it’s a very polarizing cuisine: people either love it or hate it. It’s clearly no secret that I’m part of the former category, but some of you might be surprised to hear that Steve really doesn’t like it! I’ve finally gotten him to the point where he’s at least willing to take me to sushi restaurants though (where he’ll order the teriyaki chicken, haha), so I guess I can’t really complain. Doesn’t stop me from trying to force him to eat it anyway though. LIKE IT. LIKE IT, I SAY!