So you may have noticed that despite my entirely too verbose explanation of my weight gain, and my resolution to get back on the wagon weight-loss-wise, there hasn’t been a whole lot of talk about it on here since. Well, I am very happy to be able to say that it is NOT because I am (yet again) failing to live up to my word. I am still dead-set on getting my body (and my life!) back on track, and am very much working on it. Snaps for Gretchen!

It’s just that I don’t want to simply keep going through the same motions as I have been. It’s boring. And continually blogging about the exact same things is boring too. So I’m taking this opportunity (Act II, as it were) to not JUST post my weigh-ins and what I’m eating and what I’m doing, but also to really try and look at the reasons that I gained weight back in the first place. That’s not to say that I won’t also be doing quite a bit of the former, since that’s like, you know, what I do, but you get what I’m trying to say. And in that vein, since I kind of forgot that yesterday was Wednesday, let’s go ahead and pretend that it still is (except… not really… because, well, duh.)

Hey, it’s a start! 2 pounds in 2 weeks. Sounds like a slow-and-steady start to me. And that’s with traveling to HLS and everything. I’ll take it!

So! The last time I talked about my weight loss game plan, it was identifying that I needed to get back into a breakfast habit. And not just slammin’ down a bowl of Peanut Butter Puffins (delicious though they may be), but a real, GOOD breakfast. In fact, I already touched on how my breakfasts were super carb-heavy and did not include the satiating and long-lasting proteins and fats that I really need to keep my hunger at bay. Well, Part II of the game plan is in a similar vein: reevaluating my carb intake.

First off, let me go ahead and remind you all that I am most definitively NOT of a low-carb/no-carb philosophy. Heeeeells no! Carbs make you happy, and happy people just don’t shoot their husbands are healthy(er) people. Plus, no matter what Dr. Atkins may have said, carbs are not bad for you. Refined, super processed, simple carbs certainly aren’t good for you in mass quantity, but unrefined, whole grains really are good stuff! That said, the saying “too much of a good thing” is particularly apt when it comes to carbs. After all… 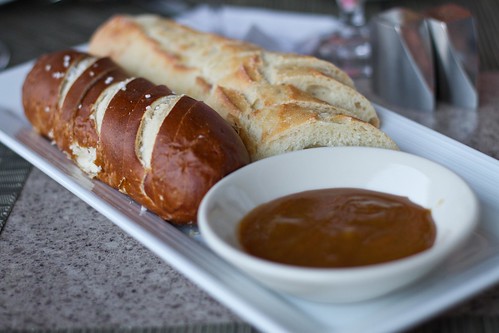 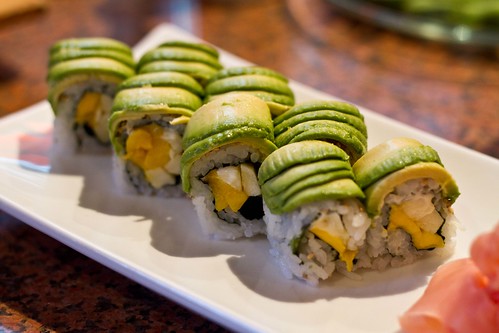 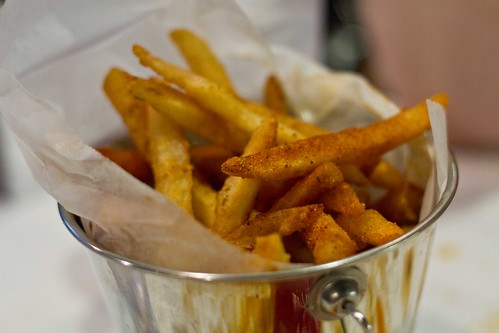 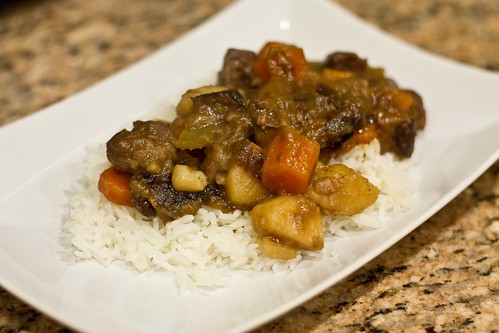 … they’re kind of my favorite. Heh.

And I eat a lot of them. But the fact of the matter is, I’m just not active enough to burn up all the carbohydrates that I consume. A diet that was carb-heavy was fine when I was training for races and whatnot, but when my activity level lapses and I’m still eating the same amount of carbohydrates (even though my calories are still within a weight-loss range), where is all that glucose and whatnot going to go? Straight into my already more-than-ample fat stores.

So! My girl Cassie recently has been posting about trying to limit her post-lunchtime carbs (she read Bob Harper’s “The Skinny Rules” and one of his tenets is “No carbs after lunch.”). Now, while I’m not sure I really plan on adhering to such a strict rule (since hard-n-fast rules don’t really work for me anyway), it has been food for thought (pun totally intended). I want to be able to say I’m fueling my body properly, which means maintaining a good BALANCE and RATIO of carbs, fat, AND protein. 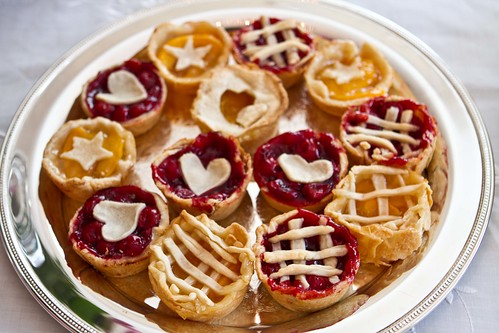 I prefer my carbs in the form of pie, please.

I will never live a life that doesn’t include french fries, but I also know that french fries + bread + rice + cereal + pasta does not exactly equal the balanced diet I’m striving for. Plus, this initiative will hopefully drive me back to being a little more creative in the kitchen, to help me figure out ways to build meals that don’t base themselves around those aforementioned carb types. In fact, just yesterday, Cassie posted a pasta-less lasagna recipe that looks kind of ridiculously amazing.

So, there you have it! 2 pounds down, and quite a lot more to go. But hopefully by the time they’re gone I’ll have figured out how to really make it stick.