Time is a fickle, fickle thing.

They always say how “time flies when you’re having fun”, right?

So clearly, the converse of that would be that time all but stops when you’re doing something decidedly UN-fun. 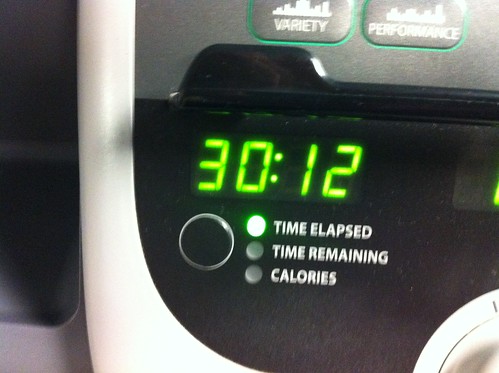 OH. EM. GEE. Time has never moved so slowly in my LIFE.

As my oh-so-brilliant Facebook friends have already seen, during the lifetime that was my tready time yesterday, I came up with the following formula:

Those are exact figures, by the way.

I am just so aware of every second spent running. In general, when you think of a span of time like 2 minutes, it’s nothing. Passes in the blink of an eye, even if you’re not doing something particularly enjoyable. Not so if you’re spending those 2 minutes huffing and puffing like a fool while the other three lunchtime work-outers (all men, by the way) politely avert their eyes.

It wasn’t good. My legs felt like lead and I spent almost the entire time just looking at the elapsed time on the machine (I used to cover the dashboard with a towel so I wouldn’t look at that stuff the whole time, but all that did was build the anticipation until I checked anyway, and then was crushed when I saw I had only gone like .2 miles, haha.) At one point I asked myself, “Why do my legs feel so heavy?” before remembering that, oh yeah, I’m still 30 pounds overweight. Womp womp. 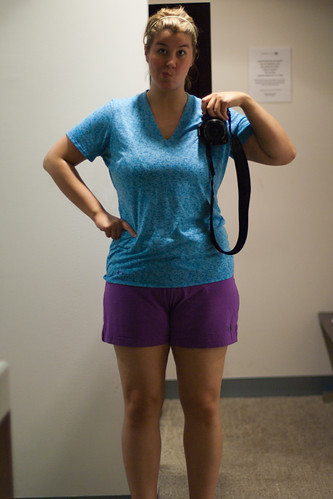 Oh well, at least I did it! Thanks to all of your encouragement about my 5 miler freakout yesterday, I actually went to the gym. And at this point, that’s really all that matters. I roughly followed your advice to run for a few minutes and then walk for a minute, although the ratios got a lot closer the longer I was on there (5:1, 4:2, 3:2… you get the idea.) And after all that work, it ended up being slightly over 2 torturous miles. Nothing to brag about, I know, but since it’s basically like I’m starting from scratch, I’ll take it.

That, along with the intense amount of stuff I bought at Trader Joe’s yesterday (seriously, like a bazillion things for $50. Yet another reason why I love TJ’s.) means that the plan is off to a good start.

And to ensure that this post ends with something good as well, I invite you to enjoy: