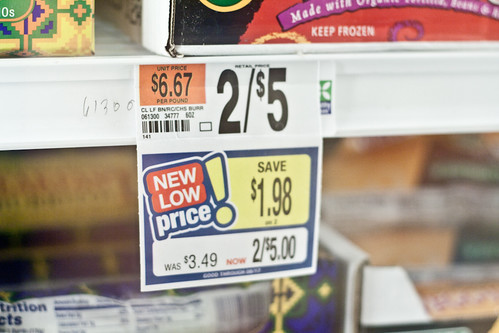 So lately I’ve been thinking a lot about eating healthy and finances. As in, how do you eat REAL food without going REALLY broke? And then yesterday Ali tweeted at me that she had similar concerns: How do you eat healthy without going bankrupt at the grocery store? Which obviously got me thinking about it even more. I’ll be the first to admit (and I’m sure that my sister will be the second, haha!) that I am not exactly the most frugally minded person. Sure, I can appreciate a good deal as much as the next person, but for the most part I adhere to the mindset that I would rather pay more for better quality, faster service, or convenience, than have to deal with the opposites of those things. Don’t get me wrong, I can appreciate a rockin’ deal as much as the next person, but some things aren’t worth the hassle to me. Hence why it’s more likely you’d find me leisurely perusing the displays at Nordstrom than getting sweaty and harried pawing through the racks at Marshall’s, haha.

That being said, I’m not exactly rolling in it over here. And real food is expensive! Ramen is cheap, produce is not. So while I often ignore my own advice, I do feel like this is an area where saving money really matters. And I feel there are some surefire ways to make sure you’re getting the most bang for your buck when it comes to healthy eating. 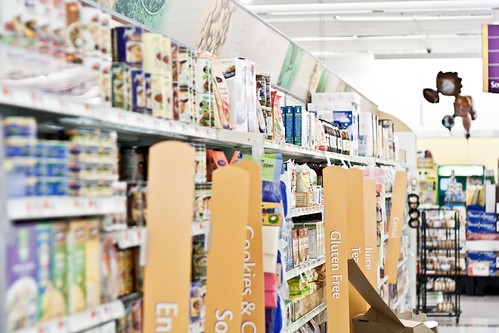 Uh, duh. This should probably go without saying, but I’m gonna say it anyway: If you want to save money, don’t go out to eat. Shop for your own groceries, and prepare your own food. I spent just over $20 at the store yesterday and will be covered for meals for three days. When you break that amount down, you’re talking about something like $2 – $3 a meal! 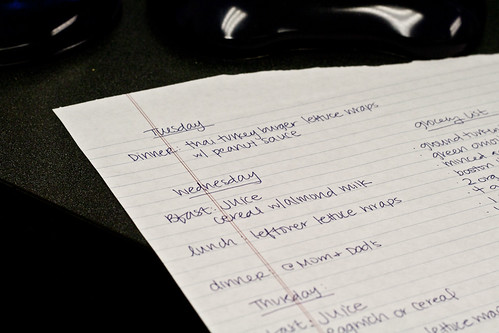 I’ve admitted in the past that I’m not very good at creating and following meal plans. I try to pretend it’s because I’m all spontaneous and like to be creative with my meals, but really I’m just lazy and unorganized hahaha. This week I tried to make an exception, however, because I’m taking off for the Fitness & Health Bloggers Conference in Boulder, CO on Friday morning! So going grocery shopping mid-week, while a complete necessity given the state of food options in my house, wasn’t the most ideal situation. I didn’t want to buy things that were just going to spoil when I left! I feel that the biggest money-suck when it comes to eating real food is having it spoil because you weren’t able to utilize it in time. Meal planning is the absolute best way to avoid this. 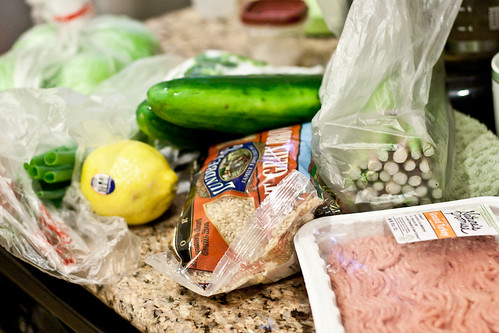 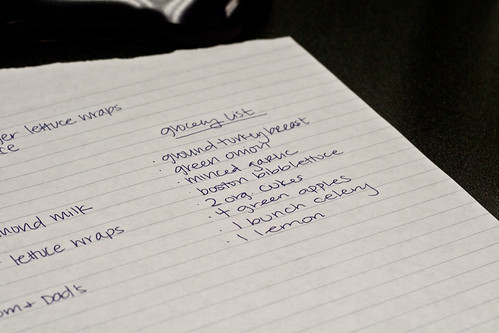 My list yesterday was super short because I was literally only shopping for a few days’ worth of food. But if I hadn’t done up a list, I would have walked out with so much unnecessary, unusable food. 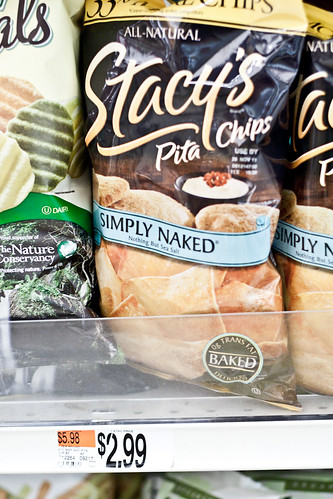 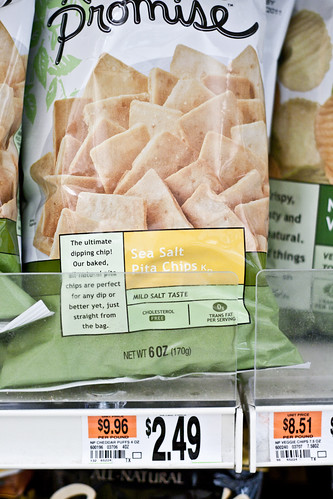 Stacy’s pita chips are priced at $2.99 a bag. Giant’s Nature’s Promise brand pita chips at priced at $2.49 a bag. Which product should you purchase? Seems like it should be a no-brainer, right? I mean, sure 50 cents might not seem like that much, but it adds up. Fast. And this rule applies across the spectrum: groceries, pharmacy items, etc. People will pay a lot more just for a particular brand slapped on the packaging, when the generic version is just as good (and oftentimes, the same manufacturer makes both products anyway. So you are LITERALLY just choosing between a branded and a generic version of the exact same thing.) 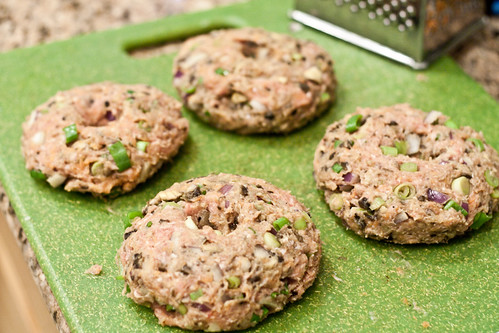 There are lots of creative ways to make the expensive items you buy, like meat, last longer. Cara gave me the tip of adding ~2 cups of mashed chickpeas (which you can snag for about $0.89 a can!) to turkey burgers to bulk ’em up and stretch ’em out. I took that tip as inspiration for my own dinner last night, which involved bulking up my T-burgers with tons of veggies that I already had! 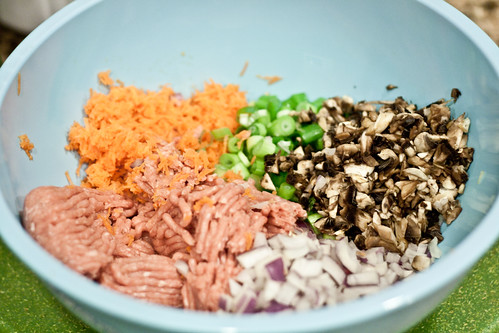 I chopped up green onion, red onion, button mushrooms, and grated baby carrots and added it all to the mix. Not only did it make for big, thick patties, the mushrooms kept the meat SUPER moist (often a complaint when it comes to turkey burgers — thanks for that tip, Aunt Lynda!), but the meal was healthified with the addition of extra veggies, AND it helped alleviate that whole food-spoilage thing mentioned previously by letting me use up more items that were just waiting to spoil in the fridge! Win-win-win. 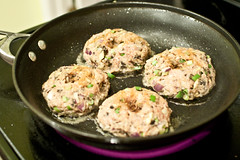 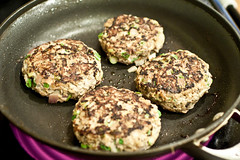 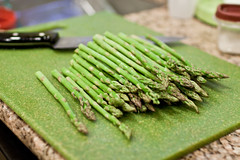 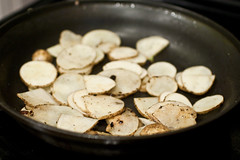 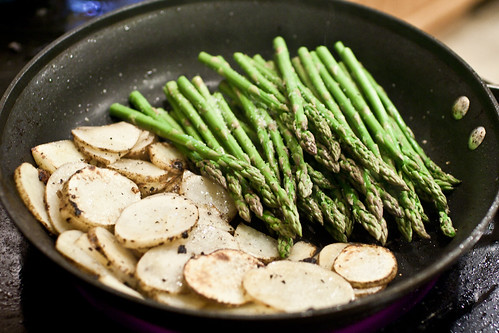 With the addition of asparagus that I subbed the grocery-listed bibb lettuce for because it was a much better deal, and potatoes that I already had lying around, we have a complete meal, with enough leftovers to last me for lunch today AND tomorrow (and would have lasted another dinner, too, if I hadn’t been a piggy and had two patties last night. Whoops! Hahaha.) 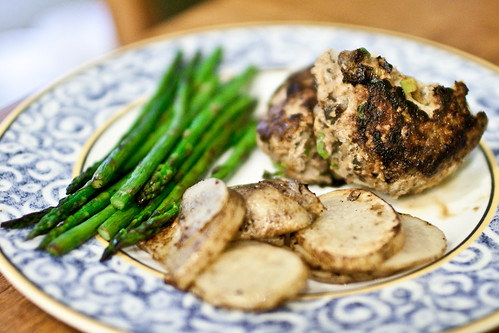 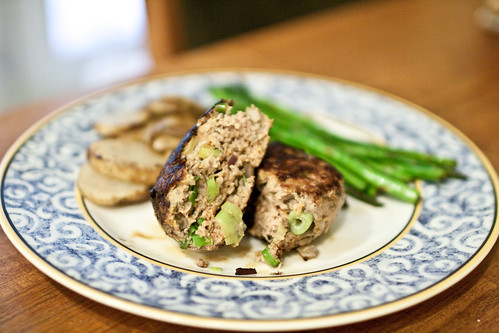 I really need to get on this meal-planning train much more regularly. That way I’ll have more money leftover for the massages I apparently desperately need! 😉 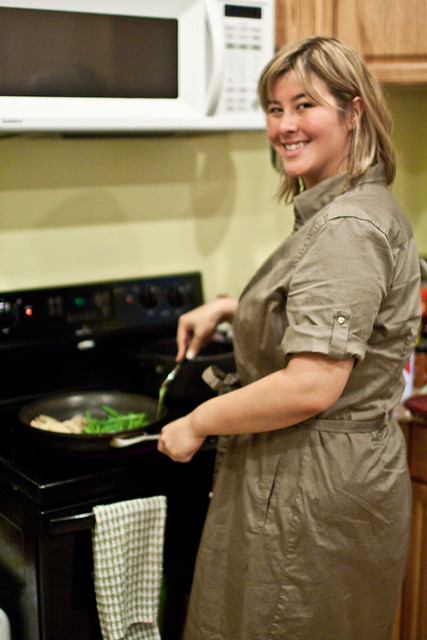 What are your tips for saving money but still eating healthy? Another thing I should probably look into doing more is deal-shopping (going to different stores for specific items) and couponing, two things I’m terrible at! Any advice on those fronts?